Package from across the sea

Every once in awhile I get a package of cards from John at The Pursuit of 80's(ness). This time it was a mess of Astros. John has a knack of being able to find a random selection of cards, most of which I need. Luckily I've been collecting Red Sox cards for him all year and by the time this post appears they should be in the mail. Here are some highlights of what John sent. 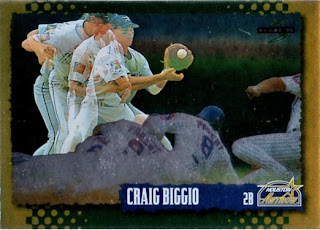 Gold Rush was a parallel to the Score base set. Upper deck was known for publishing multiple exposure cards like this but I never saw a Score card using the technique. The guy sliding into second base is Mark Parent of the Cubs. He only appeared in 44 games for the Cubs in 1994 so without too much trouble I could probably figure out not only what game this was from but which out in the game it was. This next card wasn't sent by John but I wonder if it is a continuation of the same play. It's a 1995 Pinnacle Artist's Proof. It's clearly a Cub that Biggio is leaping over. 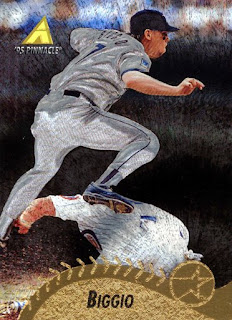 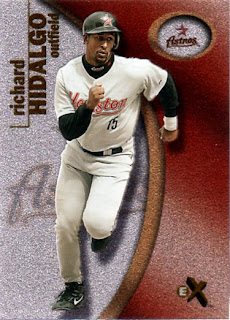 Published by Fleer, previous years of E-X were made of clear plastic. This card is a composite card. The front is plastic with a cardboard backing. 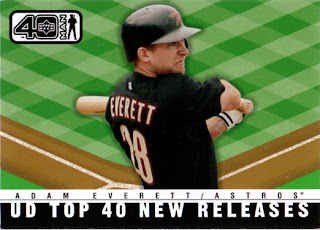 For a couple of years in the early 2000s, both Topps (with Topps Total) and Upper Deck produced sets which tried to capture all the players a team had under major league contract. They were 1,000+ card sets. I never cared much for either brand so I don't have many of them. I never saw this particular subset from Upper Deck 40-Man. 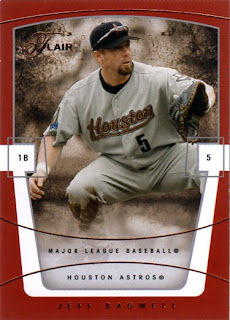 Another Fleer product. This was one of Fleer's upper end products. Always kind of pricey so I didn't buy much of it. I didn't have any Astros from this set. If you're only going to have one Astro from a set it mights as will be Jeff Bagwell. 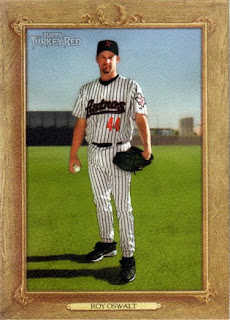 I bought a few blasters of this but I had very few Astros. And I didn't have Oswalt, one of my favorite Astros. 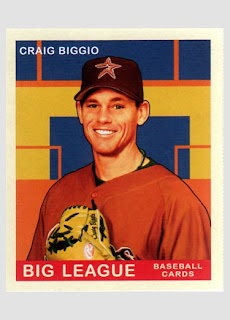 I only had one Astro from this set and it wasn't Biggio. Biggio retired after the 2007 season and I'm interested in collecting his 2007 cards. 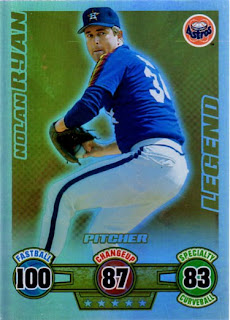 These were distributed 1 per starter pack of Topps Attax. I'd bought the one and only started pack I was going to buy so this card is appreciated. With fewer sets being produced these days the number of veteran cards has been drastically reduced. There have been only 88 Nolan Ryan cards produced this year. In 2005 (just to pick a year at random) there were 2, 597.

Thanks again John!
Posted by capewood at 10:05 AM

I ma glad that they arrived safely and that there were cards that you needed.