Continuing with my review of 2009 Topps base cards by position. Today, it's third basemen. I have 33 cards with players identified as playing 4rd base. 17 are fielding, 10 are batting and 6 are on base. Unfortunately, none of the cards are real interesting. 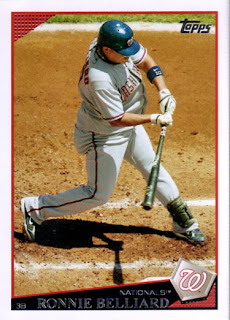 Ronnie Belliard taking a swing. I included this because the angle is different from what is usually seen. 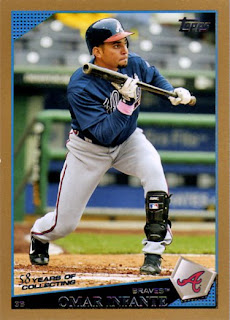 Omar Infante bunting. You don't see too many players bunting in baseball cards and most of those are pitchers. 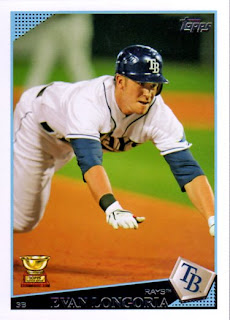 Evan Longoria tripping over a gold cup someone carelessly left in the base path. 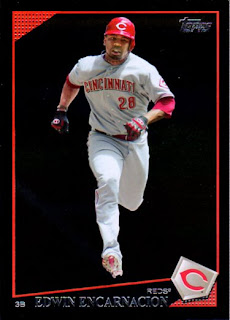 Edwin Encarnacion coming in from the dark like the hounds of hell are after him. 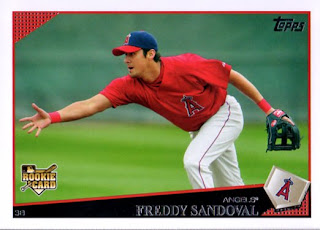 Freddy Sandoval making a desperate throw to someone. This photo is puzzling to me. It looks more like he's throwing to the pitcher covering at first. Sandoval only played one inning at 1st base in 2008 and he had no fielding chances. He played a full 9-inning game at third, his only other playing time. He had 3 assists in that game so this must be one of them. 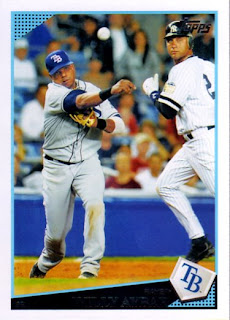 Willy Aybar with a special guest appearance by Derek Jeter.
Posted by capewood at 6:37 PM