I've been doing this blog since early 2008 and I'm afraid I'm just tired of doing it. But I still want to show off cards I get so I plan to post cards on Twitter. In fact I've already started.

I'll get back to the 30-day Baseball Card Challenge on Monday, but first this...

So anyway, a few minutes into the movie there's a riot at a concert and as the rioters are being rounded up by the police, this flashes across the screen. 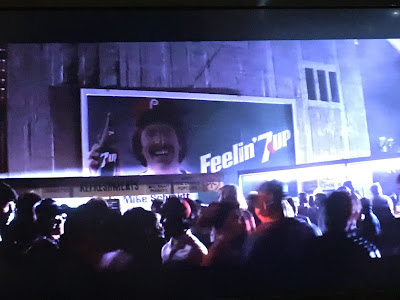 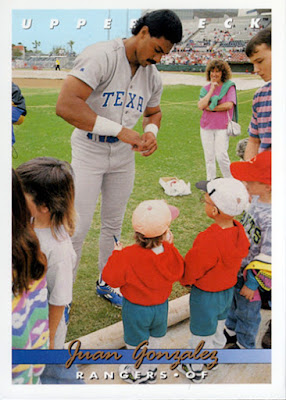 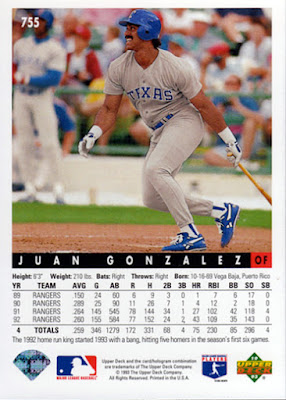 An impossible task to look through my 1990s cards. So again I decided to narrow down to a favorite set and pick from there. 1993 Upper Deck is a set I didn't used to like, but in recent years I've come to appreciate. So here's a player I collect signing autographs for kids.
Posted by capewood at 10:00 AM 1 comment: 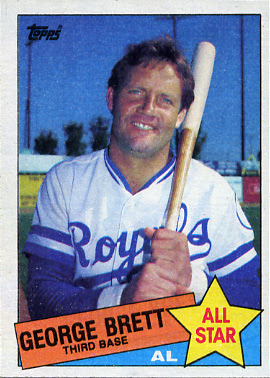 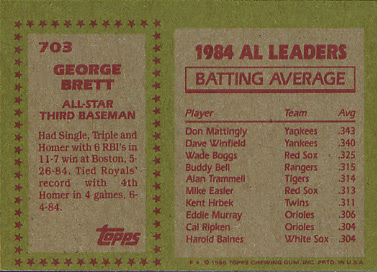 I have at least 6,000 cards from the 1980s so this was a daunting task. I decided to narrow it down to 1985, since that's the first year I started collecting. I further narrowed it down to 1985 Topps cards (in those days I only bought Topps) that I didn't have any acquisition data on. Which narrowed it down quite a bit. I'm going to arbitrary declare that this is the first baseball card I ever acquired.  And therefore, one of my favorites. Plus it's George Brett.
Posted by capewood at 10:00 AM 1 comment: 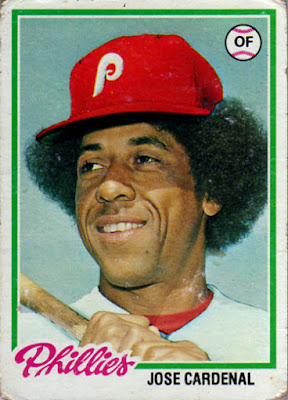 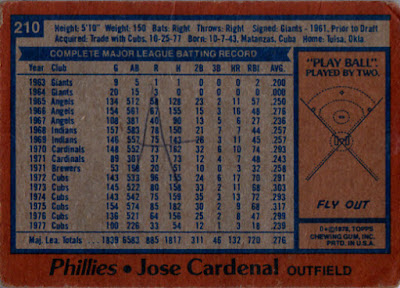 I was following the Phillies closely in the 1970s and beyond but I wasn't collecting baseball cards. I have nearly all the Topps Phillies cards from the 1979s however, and a few of other players as well. I'm going with this one because it just says "1970s" to me.
Posted by capewood at 10:00 AM 1 comment: 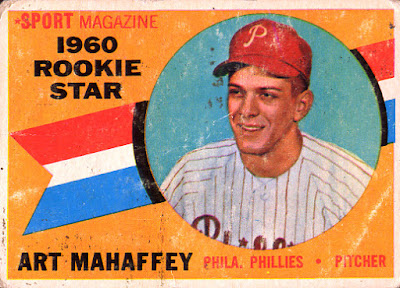 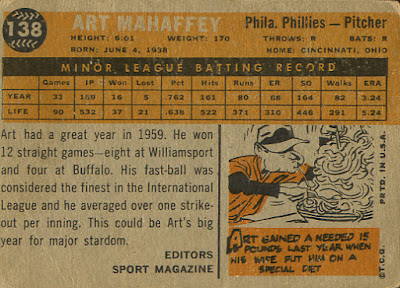 So this might not be my absolute favorite card that I own from the 1960s, but I have a story to tell about it so it's my choice. And really, without a story, what's the point of picking any particular card?
Posted by capewood at 10:00 AM 1 comment:

I'm going to restrict this to cards from the 1950s that I actually own. There are only 49 of them and most are Phillies. Looking through them, it was no contest. 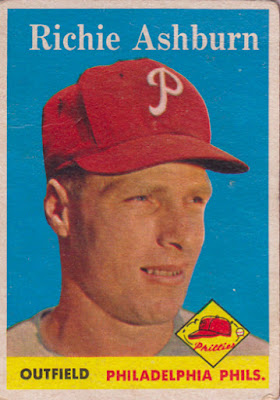 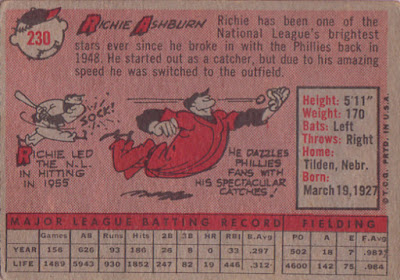 I grew up listening to baseball on the radio and for most of that time, Richie Ashburn was the Phillies color man. I don't really remember him as a player but I loved him doing Phillies games. He worked as a Phillies broadcaster from 1963 to 1997. He was planning to retire after the 1997 season but he died of a heart attack, at age 70, in his hotel room after broadcasting a Mets-Phillies game on September 9, 1997.

A fact we didn't know until he passed is that Ashburn and my father, who also loved Ashburn, were born in the same day.
Posted by capewood at 10:32 AM 1 comment: