I didn't really care much for 2008 Upper Deck X and I hadn't seen anything good about the 2009 version. But I gotta have some so I bought 3 packs. I'm not going to waste my money on a blaster. There seem to be some changes for 2009. The photos feature some background to the player photos. I think the cards are nicer because of that. These are the best two cards I pulled. 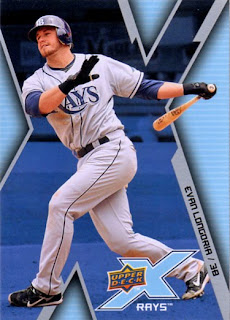 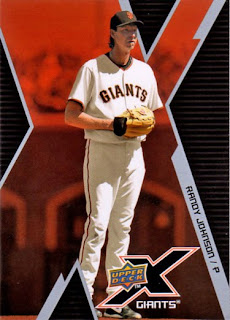 There are only 100 cards in the set so you would expect it to be loaded with stars. So why did I pull players like Rick Ankiel and Chris Young (D-Backs)?

There was one die cut card in each pack. At least I got A-Rod. The die cut cards are better produced than last year. No hanging chads. There are not any gold parallels this year. 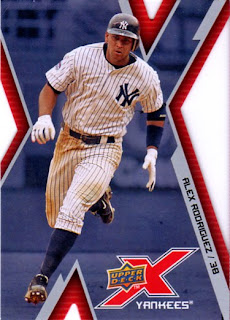 I got an Xponetial card with each pack. Here's the level 1 card. It's similar to last year. 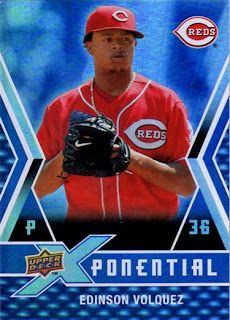 The other two were level 3s, including the only Astro or Phillie, Lance Berkman. Like last year, the higher the level the shinier it is. The level 3 card has a photo on the back (stupidly the same photo as the front), while the level 1 doesn't. 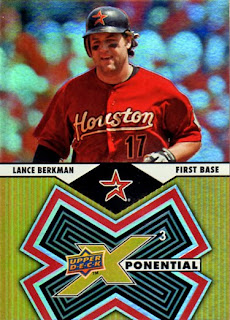 Last year, the Xponentials only went to level 3, this year they go to level 6. Considering the difference between 1 and 3, I'm guessing that the photo on level 6 will be microscopic.
Posted by capewood at 9:07 AM

Is that Longoria Card celebrating x-rays??