Back to baseball cards soon, maybe tomorrow, but probably Monday.

The Water Knife by Paolo Bacigalupi 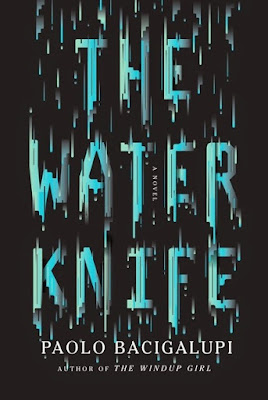 In many areas, sex sells. In near future science fiction, dystopia sells. Set perhaps 50-60 years in the future, "The Water Knife" tells the story of the US Southwest, nearly completely dry after many years of drought. Angel Velasquez works for the city of Las Vegas. His job is to, more or less, legally, acquire the water rights of communities for the Southern Nevada Water Association, He's the "water knife" of the title. In this time, Las Vegas is a thriving metropolis, while Phoenix and most of the rest of the American Southwest is drying up and blowing away. Pretty well written and a bit too real sounding and apparently the beginning of a new series. IO9.com called it one of the best works of science fiction of 2015.

The Yearling by Marjorie Kinnan Rawlings 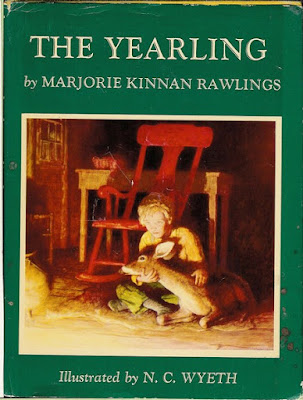 This coming-of-age novel is set in the rugged backwoods and swamps of 1870s Florida. 12-year-old Jody Baxter lives with his father and mother in a small cabin. They are just managing to survive by growing crops and hunting. The story is told from Jody's viewpoint. Most things are a wonder to him and he works hard on the farm. The book was the best selling novel in 1938. I imagine that in 1938, many adults living in cities or farms were just one generation from the hardscrabble frontier life of Jody Baxter. I wish I had discovered this book when I was 12, I would have really loved it.

The Black Echo by Michael Connelly 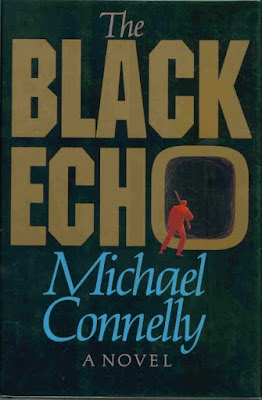 This is the first novel in the Harry Bosch series. Harry is about 40 years old and currently works on the Hollywood Division. He'd been with the elite Robbery Homicide Division but broke too many rules there and now found himself in a less prestigious position.  He catches a case involving what looks like a simple overdose but Harry recognizes the guy as a fellow 'tunnel rat' from Vietnam and subtle clues convince him that the death was not accidental. 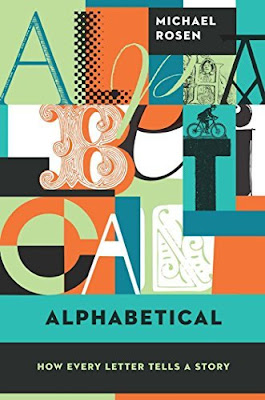 Rosen tells the story of the alphabet and language through stories illustrated by every letter. Each chapter starts with a little history of the letter, where it originated, how it evolved over the years, how it is pronounced and how it is used in words. Chapters like "A is for Alphabet", "Q is for QWERTY" and "F is for Fonts", illustrate the use of letters. Pretty interesting.

Love In the Time of Cholera by Gabriel Garcia Marquez 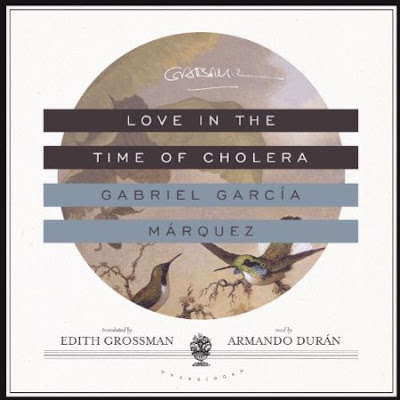 This is a 1985 novel by Columbia Gabriel Garcia Marquez. I oped for the audio version very ably narrated by Armando Duran. It tells the story of Florentino Ariza and his 50+ year unrequited love for Fermina Daza. They met in the 1880s when she was 14 and he 18. After her father found out about it (by stumbling upon the letters Florentino wrote), he took her away for 2-years, visiting family. When she returned, she realized she didn't really love him and married the dashing and rich doctor Juneval Urbino. Florentino, while having many affairs through out the years, remains faithful to Fermina (by never marrying) until Urbino finally dies. It was made into a movie in 2007. According to one account, the movie is the worst movie ever made from a great book. 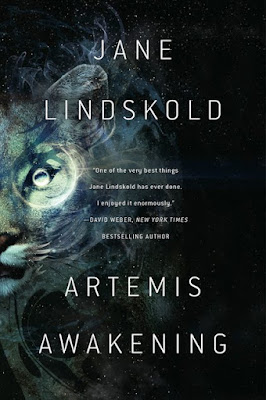 Considerably lighter reading than the last book. This is the first book of a, so far, 2-book series. I had picked up the second book and within a few pages realized I was reading a sequel. Artemis is a planet lost for over 500 years since the fall of the great star empire. Griffin Bane believes he has discovered the location of Artemis and secretly travels there. The planet was originally a haven for the rich of the empire, which had been designed and populated with genetically enhanced people and animals for the enjoyment of the rich. Griffin finds a thriving culture still surviving on the plant awaiting the return of their former masters. His landing craft is destroyed on landing and he has to search for the remains of the former empire if is going to have any chance of returning home. I almost gave up on this because the writing is somewhat juvenile. Lindskold, at least according to her Wikipedia entry, isn't know as a YA author, but this book seems could fit into that category. But the story was interesting so I stuck with it. 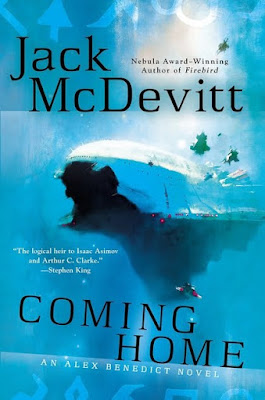 This is the 6th of 7th book in a series about ancient artifacts dealer Alex Benedict and his pilot/partner Chase Colpath. I've liked the earlier books in the series, but the book previous to this kind of dragged. This entry, really dragged. Not only that but it followed the plot structure (and nearly the entire plot) of the previous book. And it was boring. 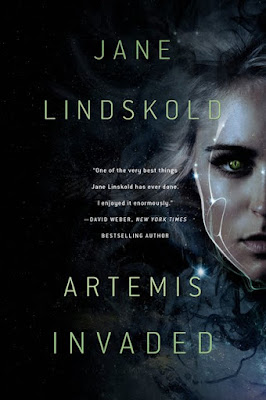 The second book of the series follows right from the 1st. Griffen Dane is trying to make sense of the planet Artemis, lost of 500 years. Characters introduced in the first book are still with him. The main characters are Adara, the beautiful woman trained as a hunter and her mentally linked puma and Terrell, a man trained as a guide. Their training and even their genetic make up go all the way back to when Artemis was vacation spot for rich people of the former Empire. The three are looking for relics of the Empire that may help Griffen get back to his home world. Meanwhile, the planet itself seems to be awaking.
Posted by capewood at 11:00 AM No comments:

OK, the cobwebs are cleared, the floors swept and we're back in business. I've not posted in over a month so I'm going to start with something simple, November's reading list. I'm gonna follow with December's reading list, and then get back to mostly baseball cards.

The Woods by Harlan Cobin 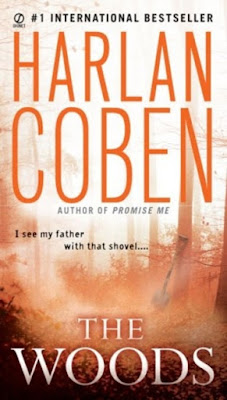 This is the 3rd Harlan Coben book I've read. I liked the first two, which happened to be his latest. This book is from 2009 and I liked it well enough but the action of the main character at the end was so flabbergasting that I was sorry I put in the time.

The End of All Things by John Scalzi The latest in Scalzi's "Old Man's War" series. When Earth expanded into the stars it found the galaxy teeming with aliens who were not friends. Earth's colony planets banded into The Colonial Union to battle the aliens and pretty much keep Earth in a backward state. The series title refers to the Union's practice of recruiting from Earth's older population for troops, first turning them young again. This latest edition is more like a selection of interrelated short stories. It's like Scalzi had some good ideas for a novel but couldn't work any of them into a full book.  Not my favorite of the series. 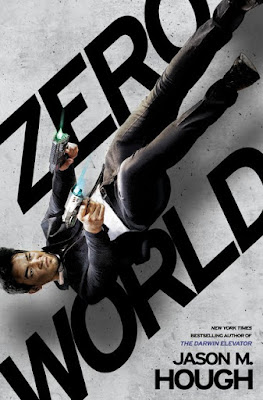 An interesting take on parallel worlds. One parallel Earth is trying to keep the secret of travel among the worlds from all the others. It sends out agents to brutally suppress such knowledge. Peter Caswell is one such agent. In order to keep him sane, the terrible things he does on his missions is deleted from his memory when he returns His latest mission is to an Earth very close to our own Earth (the zero world). While there, he learns that his missions have not been what he thought they were. Pretty good, and certainly the first in a series.

The Burning Room by Michael Connelly 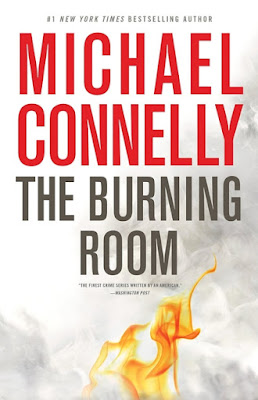 Detective Harry Bosch of the Open Unsolved unit in the Los Angeles police force has a new partner, a young woman, on her way up in the force. Harry, 60+, is on his way to retirement. Their new case involves a 10-year-old shooting where the victim just died of his injuries. His young partner, Soto, has her own motive for being in the Open Unsolved unit. She's interested in an arson case from 20 years ago where several children in an unlicensed child-care facility were killed in the fire. She convinces Bosch to help her. I've read a couple of Bosch novels without realizing they were the latest in a long series, going back to 1991.

The Devil's Eye by Jack McDevit 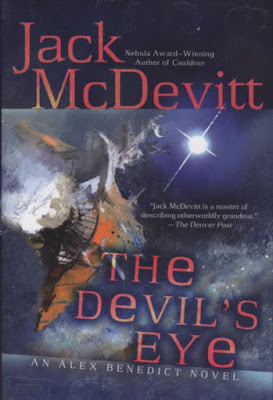 Alex Benedict and his partner and pilot Chase Koplath buy and sell ancient artifacts. The stories are set about 10,000 years in the future when humankind is spread across the galaxy. In this one, they go to a planet beyond the edge of the galaxy trying to solve a mystery. This plant is so remote, only one star is visible, the so called Devil's Eye. This pair is pretty much causes trouble where ever they go. Here they discover that the planetary government has been keeping secret for hundreds of years that the Devil's Eye has gone nova and the expanding wave front will hit the planet in within the life time of the current inhabitants. I have a love-hate relationship with this series. I generally like the stories but the writing is sometimes juvenile. 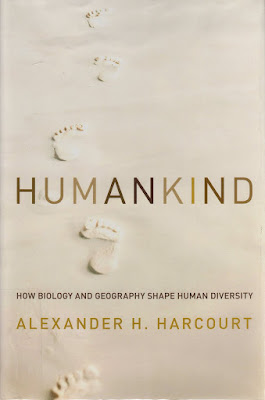 The subtitle says it all. The author traces humankind's journey from Africa to around the world in many different ways, culture, language, body shape, artifacts and genes. This was one of the hardest books I've read recently. It's packed with information.