In 2006, my friend Brian and I went to Spring Training in Florida. We are both originally from Philadelphia (and life long Phillies fans) but he now lives near Atlanta and I live near Houston. I flew to Atlanta and we drove from his house to Florida. It was a whirlwind trip but in the space of 3 days we saw 3 games in 3 different parks and visited another 4 stadiums. One day we saw the Phillies play the Astros at the Phillies park, Brighthouse Field (Brighthouse runs the local cable company). Click on the pictures to get a larger image. The Phillies won the game 4-3 in 10 innings.

Here's the approach to the park. That's my friend Brian with the red sack. 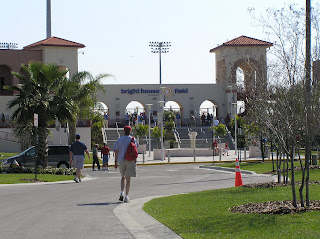 A statue in front of the gates. 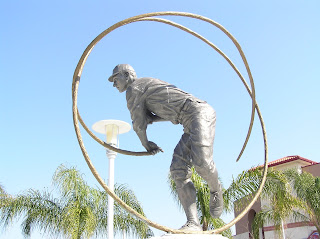 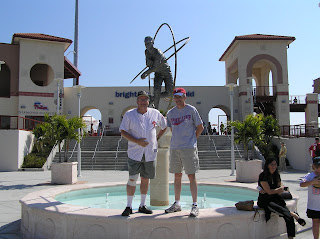 The Phillies had a young crop of rookies that year. 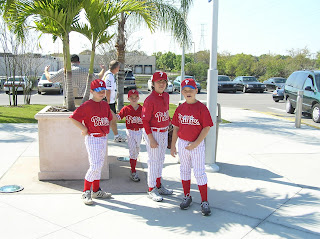 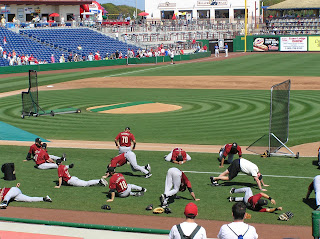 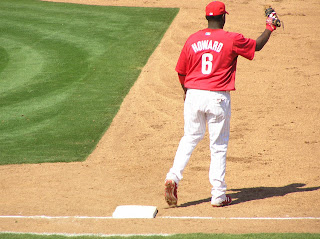 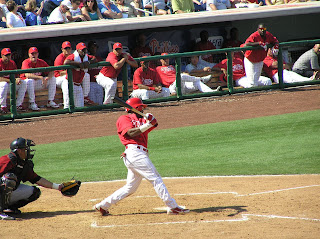 Rookie Chris Roberson hits a home run. He is now with the Orioles. I got him to autograph a ball before the game. I also got autographs from Astro's pitching coach Bert Hooten and Phillies pitcher Geoff Geary. Brian got autos from Aaron Rowand and Phillies coach Milt Thompson. 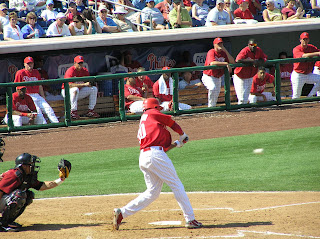 As Spring Training progresses I'll post some other photos from the trip. Brian and I are hoping to visit Spring Training in Arizona next year.
Posted by capewood at 8:05 AM

how bout that Geary is now an Astro. so you got an auto from a guy who has been on both of your teams. Geary was always a real nice guy and very good about signing autos.