There were 7 packs in the first stack in the box. First a little background on the cards. Topps tried to recreat the look and feel of the original set in a number of ways. First the cards have a distressed look. The borders are an off-white and looked aged. The backs are somewhat yellowed, and show signs of staining. Just like they might if you'd had them in a shoe box in a damp basement since 1914. According to the Olberman write up, the original set was inconsistent in numbering. Some of the cards issued in 1915 featured the same players as the 1914 set but updated. But the cards had the same numbers. Some cards share a number with different players. And one card didn't have a number (but should have been #17). The Alex Rodriguez card in this set is unnumbered. So lets see what we've got. There are 251 cards in the set but the cards are only numbered to 237 due to the number of card numbers which are repeated. The cards I didn't already have will be in bold.


Pack 1 - each pack starts with a mini card parallel. There are red parallels (one per pack), blue (1 in 10 packs) and white (only one of each card). 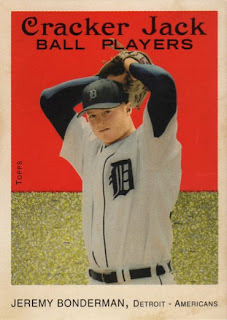 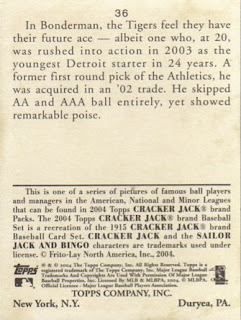 #36 Red Mini Jeremy Bonderman - Except for size, there is no difference between the red minis and the base cards. I showed the back so you can see the ageing. Also, this card has the full player name on the front. Most cards only have the player's first name. 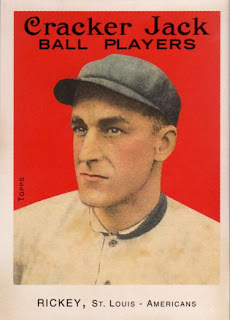 #133 Branch Rickey - according to Olberman, there are some cards which are replicas of cards from the original set. He doesn't mention this one but my Classic Baseball Cards book shows it as part of the set.
#110 Carlos Beltran Royals
#47 Trot Nixon Red Sox
$141 Omar Vizquel, Indians
Secret Surprise
Sticker #51 - Ichiro Mariners
Checklist #1 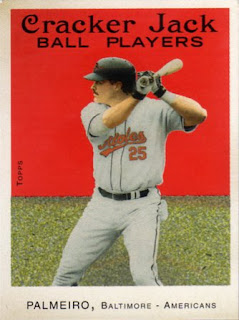 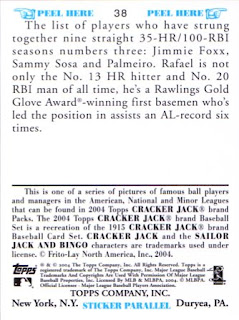 Sticker #185 Rafael Palmeiro - The stickers are a bit different on the back. They are the same size as the mini cards and parallel the bas set. 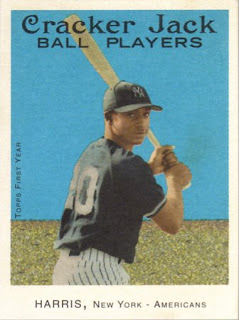 The first blue mini. This is also a Rookie card, noted by "Toops First Card" on the left side. Harris is still in the minor leagues (now with the White Sox) with a career minor league batting average of .228. I'm not holding my breath that this card is ever going to be worth anything.
#113 Hideo Nomo, Dodgers
#33 Brad Radke, Twins
#72 Cristian Guzman, Twins
#221 Luis Castillo, Marlins
#55 Richard Hobitzel, Reds 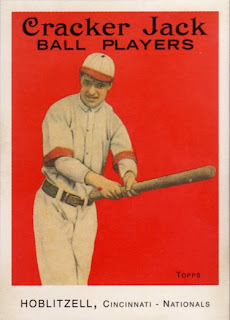 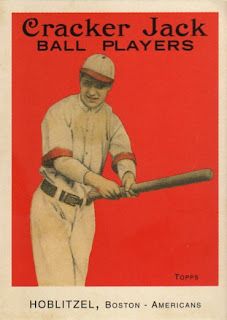 This is another original replica. There are two versions, one as a Red and one as a Red Sox. Note the same picture on both cards. For some reason Beckett.com lists one of these as an error card. Hobitzel started his career with the Reds but was sold to the Red Sox in 1914. The text on the back of the second card adds that fact. I already had two #55 but didn't realize until I went back to them that the two I had were different from each other.
#130 Tim Hudson, A’s
#24 Cliff Floyd, Mets
Surprise
Sticker #32 Jose Lima, Dodgers
Checklist #2 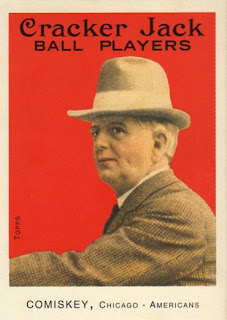 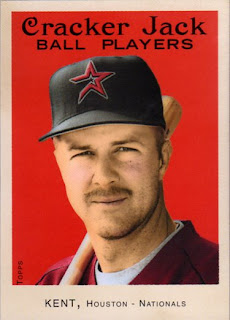 Finally, an Astro or Phillie I didn't already have. Also, this card is different in that it is a portrait shot with no grass showing. The original cards had a mixture of action shots and portrait shots.
Surprise
Sticker #123 Matt Morris, Cardinals
1-2-3 Strikes You’re Out Game Worn Jersey Hideo Nomo 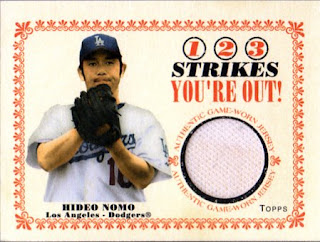 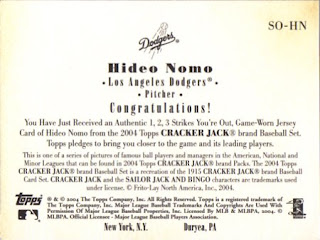 A hit. This replaced the checklist card. I not only didn't have this card, I didn't any of this type of relic card from the set. It is the same size as the mini cards. 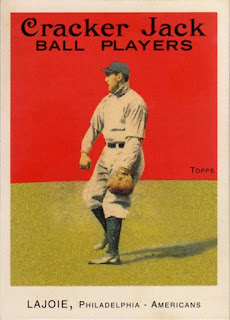 Another replica card with a duplicate number. The other Lajoie card I had shows him in an Indians uniform. It is the same picture as this card but it says Indians across his chest. Lajoie came to the A's in 1915, and this version of the card reflects that on the back.
#219 Jeff Conine, Marlins, reverse back
#128 Rich Aurilia, Mariners, reverse back
Surprise
Sticker #136 Hinske, Blue Jays

That was fun. I'll post the next stack of 6 packs next week.
Posted by capewood at 9:32 AM

I've loved the look of those cards since I was a teenager. That's a great break.

In light of recent developments in baseball, the back of the Palmeiro card is very, well, telling.

cool break. i like the cards a lot. it makes me want to go out and get my own box.

they should totally make a bugs bunny card like that hideo nomo jersey. 1-2-3 Strikes You're Out!