Way back in 2004, I bought a box of Topps Cracker Jack. I really like these cards. I picked up a few later from my local card shop (when I had a local card shop) but hadn't given much thought to completing the set, since I'm not primarily a set collector. But I've put up a list of the base cards I need and have gotten a few from other bloggers in the mail. A couple of weeks ago I decided to buy another box on eBay. Here are the results.

First the packaging. The box is designed to look like an old time box of Cracker Jack (I suppose, never having seen one). 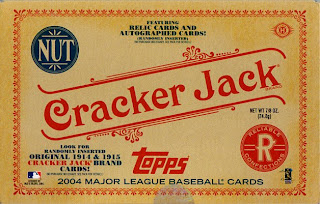 Notice the nutrition label on the bottom. Not much nutrition in a bag of Cracker Jack. 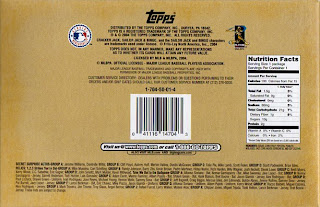 When you first open the box you get this love letter from Keith Olbermann. Back then, I didn't know that he was the king of baseball card collectors and I just thought he was here because of his general sports announcing background. In very fine print, Keith gives us the history of the original issue of these cards in 1914 and 1915. There were 144 cards issued in 1914 and a sort of update set issued in 1915 of 32 cards. The 1915 cards came with an album which allowed you to attach the cards by their tops and lift up the bottom to look at the back. These cards are printed with the backs reversed. This is why some of the cards in the 2004 set have reversed backs. 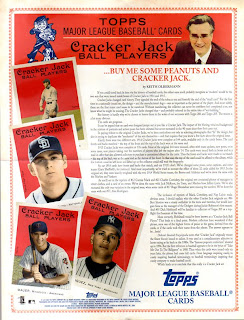 Once you remove Keith, you see this. 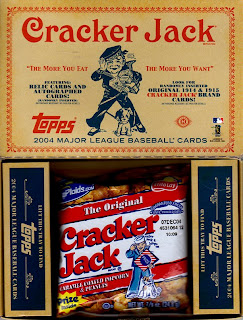 The Cracker Jack bag is in a sort of tray that lifts out. The expiration date on the bag is Dec. 7, 2004. I opened the bag to get out the secret surprise and was treated to an unpleasant odor of old popcorn. In case it's been awhile since you've had a Cracker Jack, the kid is named Sailor Jack and the dog is bingo. 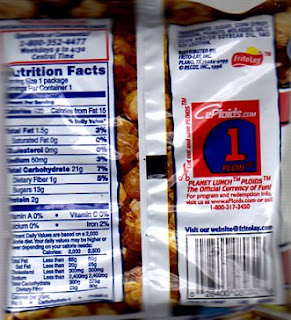 On the back of the bag is 1 Ploid. You could go to www.ePloid.com to redeem them for, I'm sure, fabulous stuff. Don't bother checking, the site is no more. 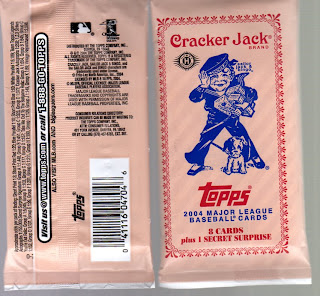 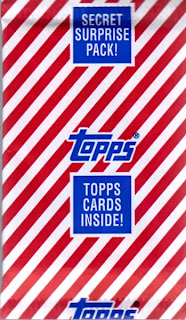 Inside of each pack was a secret surprise pack. Mostly what you get is a mini sticker card and a checklist. Since there are only 2 checklists, I got a bunch of them. 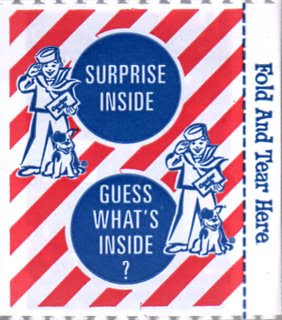 Inside the Cracker Jack bag there is also a secret surprise package. 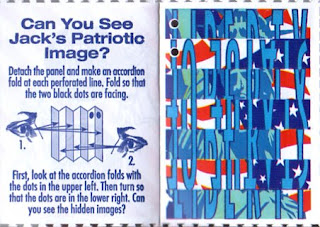 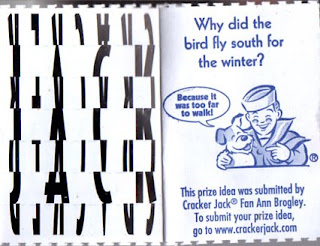 It wasn't too exciting. I think the joke was probably old even in 1914.

Tomorrow I'll cover the first stack of 7 packs.
Posted by capewood at 5:29 AM

back in the day i pulled a moises alou mini jersey card out of a secret surprise pack from retail!

You didn't fold the secret surprise to see the picture?

I folded the secret surprise but I'll be darned if I can tell what the image is supposed to be.

That's without folding it, though, merely peering at it and going "OE... OE? OF!"