Early in January I received an 800-card box of baseball cards from the extremely generous Eric. It was full of Phillies and Astros. Wow. It's take me this long to get through them all. Since I'm a big Phillies and Astros collector, there were bound to be a bunch of cards in the box I already had but I needed about 150 cards in the box. Many of the rest, I only had one copy of so that was ok as well. And many of the duplicate Phillies cards are going on to an old friend of mine who has been toying with collecting cards for years. He's finally completed his last Master's Degree and now has some free time.

While I've been cataloging these cards I've been thinking about which cards to feature on the blog. I've decided to feature these 2004 Andy Pettitte cards. For one thing, Eric is a big Pettitte fan so I was surprised to see so many Pettittes in the box. Most of what he included, I didn't have. For another, these are all products of Fleer, which we'll probably never see again. 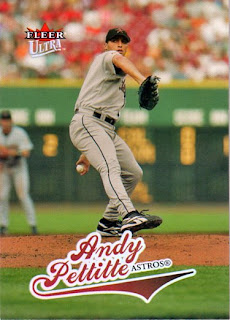 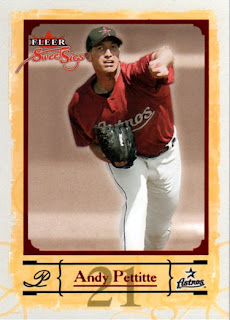 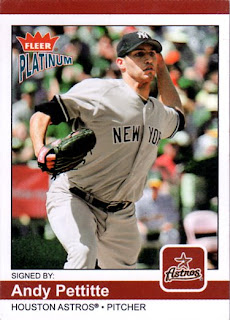 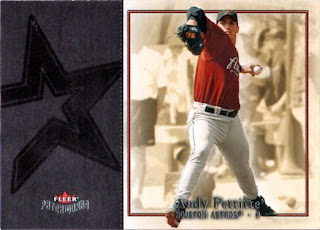 Glad you liked 'em! I bought a huge lot of Pettittes in December, and thought I'd share a couple of the doubles with you. I'll gladly set you up with others if you ever want 'em.