I've been getting 1988 Topps UK Mini cards in repacks for the past year or so. I have almost the entire set. In 1989, Topps issued Topps American Baseball cards for the UK market. They were the same size (2 1/4" by 3") as the 1988 set with almost identical backs, including a box on American baseball terms. Patricia and Lucy over on Dinged Corners sent me a pack of these cards along with a Jumbo pack of 1989 Topps and some random (although appreciated) Phillies cards for winning a contest on their blog. There were 5 cards in the pack plus a small slab of pink stone which might have been gum at one time. The best card in the back was Wade Boggs. Also included was Joe Carter, Mark Langston, Gregg Jefferies, and Teddy Higuera. 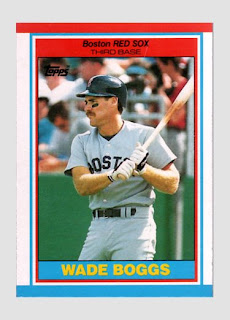 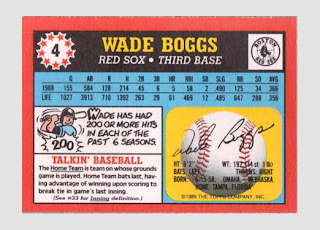 Here's what the pack looks like. There were sold in the UK for 5 pence. I have no idea how much that was in American money in 1989. 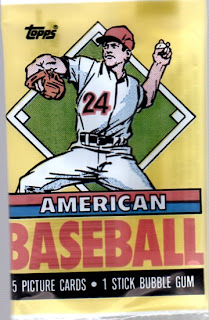 The gum ingredients were given on the back in 5 languages: British English (there were colours in the gum), French, something that looks like German, and American English (colors were added). And separately, ingredients for W. Germany. 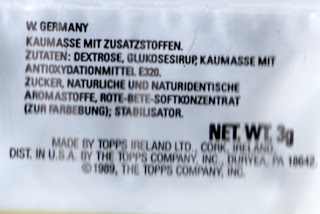