My favorite player going into the Hall this year is Craig Biggio. I was already a Biggio fan when we moved to the Houston area in 1995 and it was enjoyable to see him play. Craig was the Astros 1st round draft pick in 1987 and made his major league start in 1988, as a catcher. Seeing his long-term value to the club, the Astros switched him to the outfield in 1989 to save his knees. In 1991 they moved him to the infield where he became one of the best second basemen around. Craig compiled a .281 batting average over his 20-year career, all with the Astros. He was a 7-time All-Star and a Gold Glove winner 4 times. Along the way he hit 291 home runs and stole 414 bases. It's a shame that his long time team mate and fellow Killer B, Jeff Bagwell didn't get in this year with him. 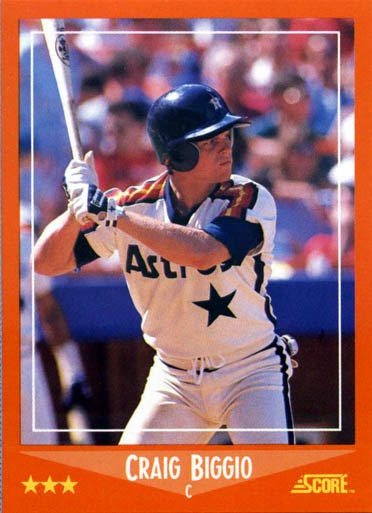 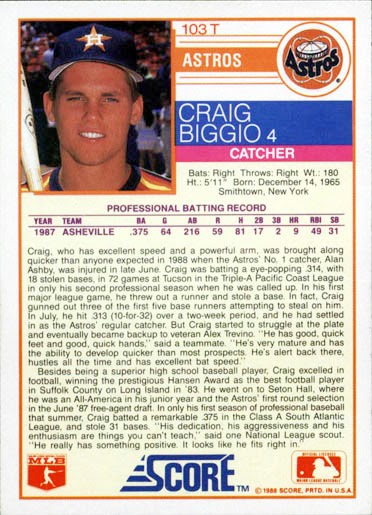 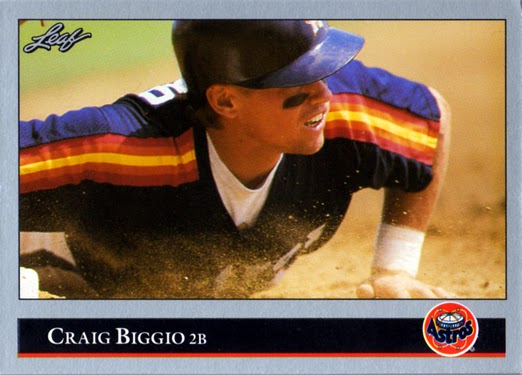 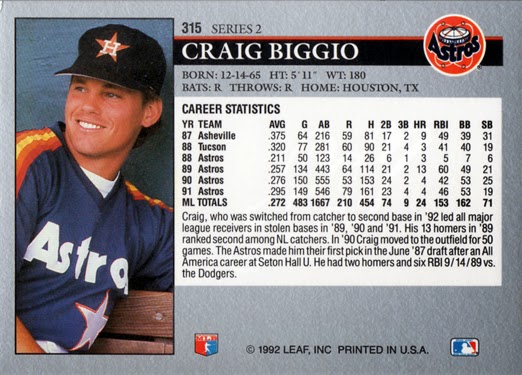 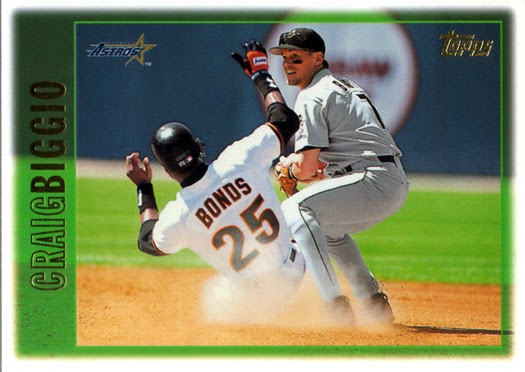 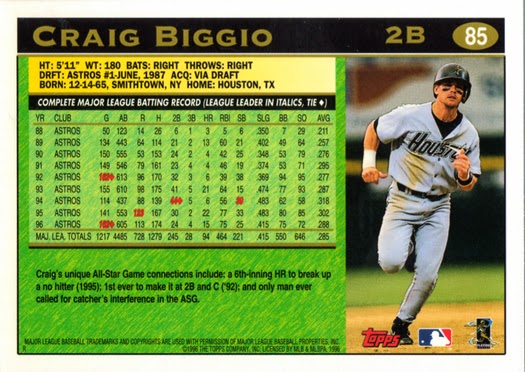 In 1997, I'm not sure anyone would have thought that Biggio would be in the HOF before Barry Bonds. 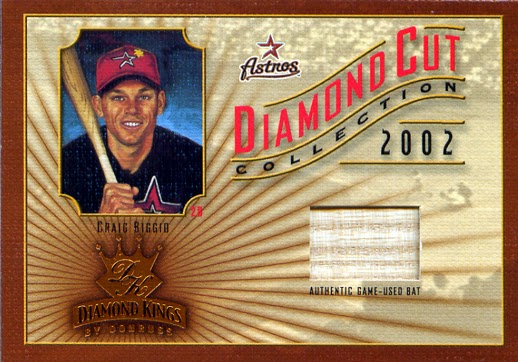 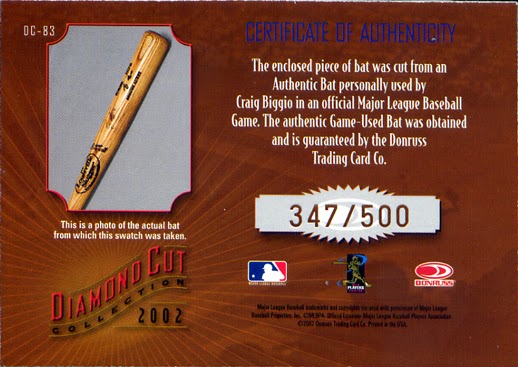 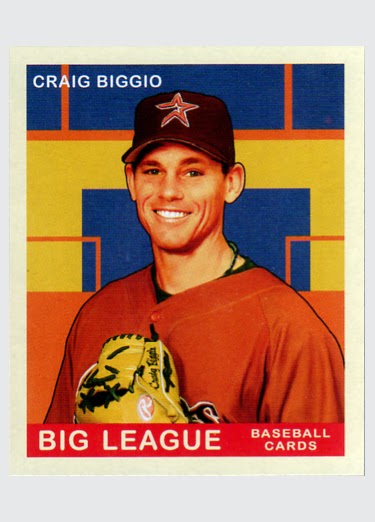 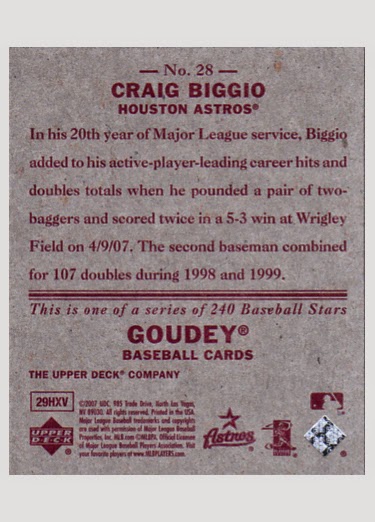