In Roy Halladay's long 16-year career, he only played for two teams, the Blue Jays and the Phillies. So Topps didn't have too many opportunities to Photoshop him into a different uniform. They not only didn't miss that chance, they did it twice.

I just pulled this 2010 Topps card from a repack. 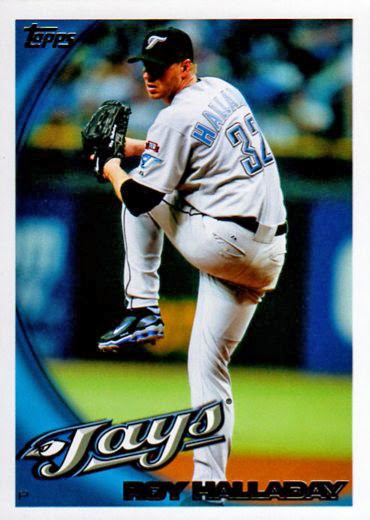 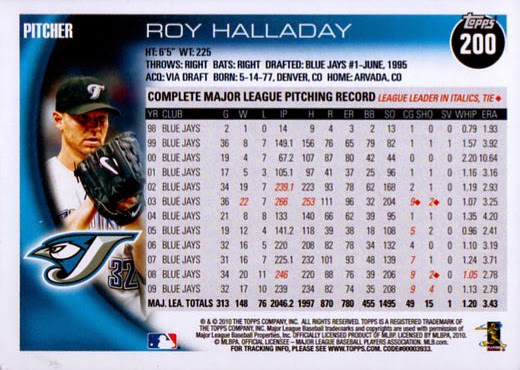 But Roy played for the Phillies in 2010. I already had this card. 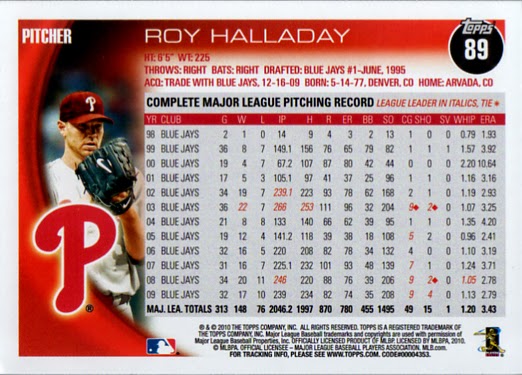 Even better, I had this card from the Topps Phillies Team Set. 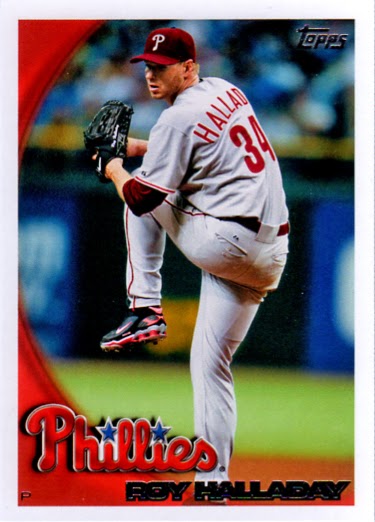 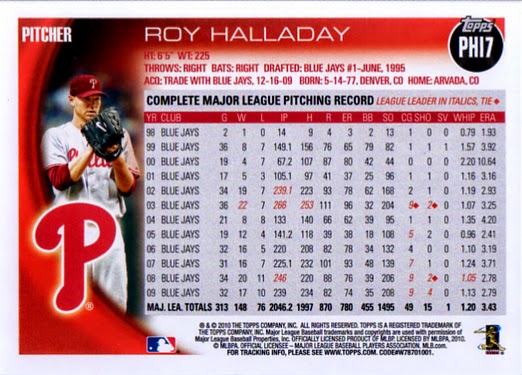 Man, I love finding stuff like this.
Posted by capewood at 10:00 AM