Decisions, decisions. Phillies card or not?

As a life-long Phillies phan and a baseball card collector, I naturally collect Phillies cards. These go into special binders, where I arrange the players by year in alphabetic order.  How do I decide if a player goes in the book? In the usual situation,  if the player is in a Phillies uniform and he played for the Phillies the year the card was published, the card goes in the book.

What about the situation where the player was traded or released before the card year but he still appears as a Phillie on the card?  My decision has always been, that such a card goes in the book.

Another situation that arises is when a player is traded to the Phillies, but the card shows him in the uniform of his former team. These cards do not go in the book, unless the player is identified as a Phillie, either with the team name or logo.

I recently acquired the Phillies cards from the 1987 O-Pee-Chee set.

Here's Mike Easler from the set. 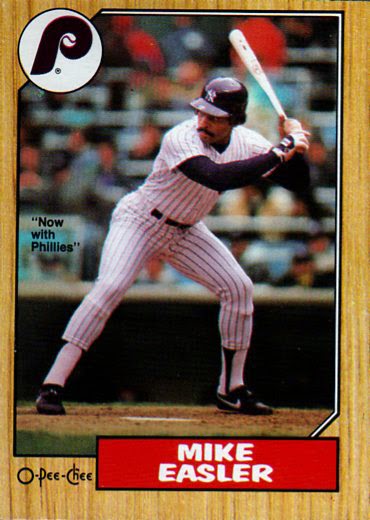 By the exception to my third rule, this card goes in the book. Easler is in a Yankees uniform, but the card has a Phillies logo and the label "Now with Phillies".

Now it also happens that I have Easler's card from 1987 Topps. 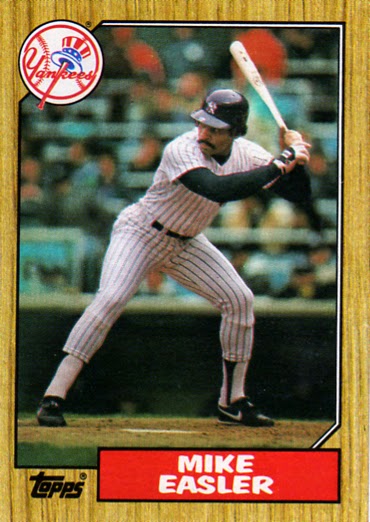 Ha! This card does not go in the book.

Today, of course, this would have been an opportunity to Photoshop Easler into a Phillies uniform.