I pulled these cards from a repack I'm working on. I didn't have either of them. Donruss MVPs was an insert set found in Donruss for several years. 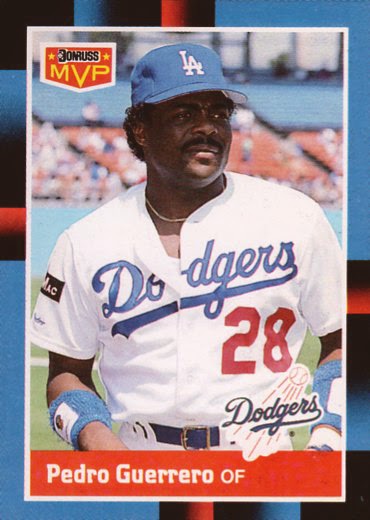 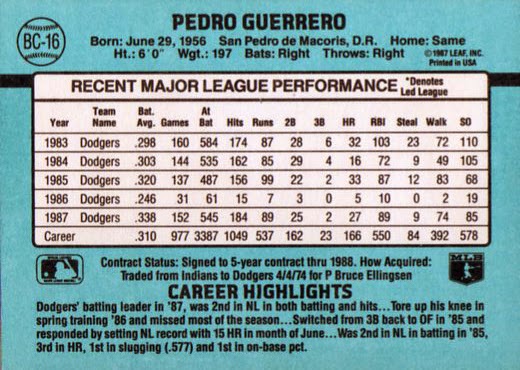 This was the last year for Guerrero with the Dodgers. He'd been with them since 1978. In August 1988 he was traded to the Cardinals for John Tudor. He would spend the rest of his career, to 1992, with the Cardinals. 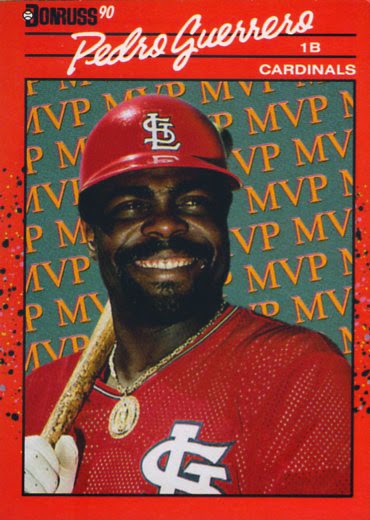 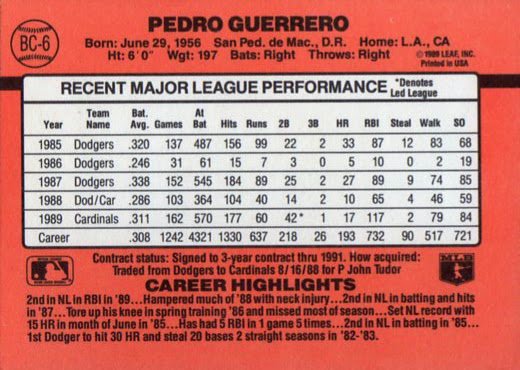 I remember Guerrero as a good player. He had a career batting average of .300, hit 215 home runs and was a 5-time All-Star. Not a Hall of Fame guy but a guy you'd want on your team.

I always like looking up players I'm not real familiar with on Wikipedia. Here's what I learned. In 1999, he was arrested for trying to buy 33 pounds of cocaine from an undercover agent. He was eventually acquited when his attorney showed that Guerrero's IQ of 70 meant that he couldn't understand that he'd made a deal to buy cocaine. An IQ of 70 means "borderline intellectually disabled".

In 2011, Guerrero got back into baseball as a minor league hitting instructor, and since then has managed several minor league Mexican teams. Just how intelligent do you have to be to manage a baseball team?
Posted by capewood at 10:00 AM