Let's finish up the interesting cards from that repack I started yesterday. 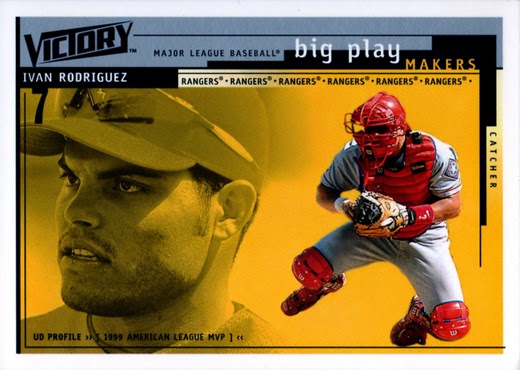 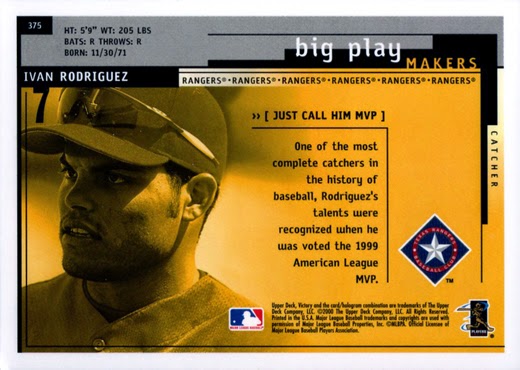 Upper Deck Victory was one of the many forgettable sets that Upper Deck has produced over the years. This is from the "Big Plays" subset in the 2000 set. Not especially remarkable except that I collect I-Rod and I didn't have this card. 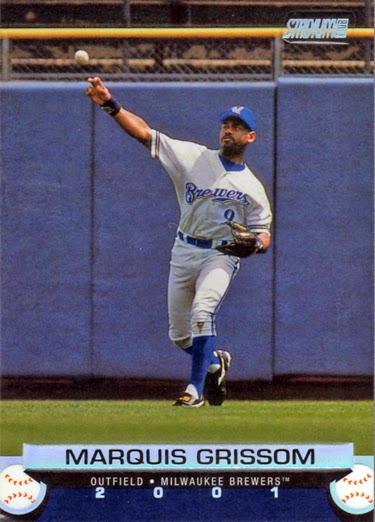 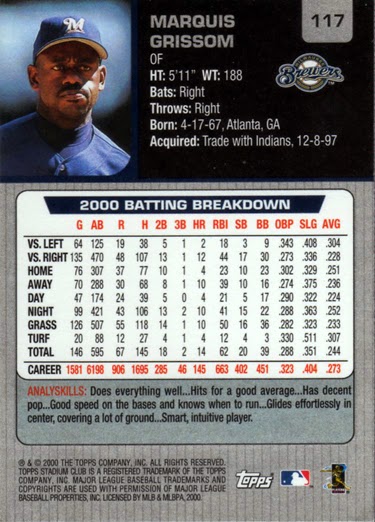 Stadium Club cards I don't have are always welcome. 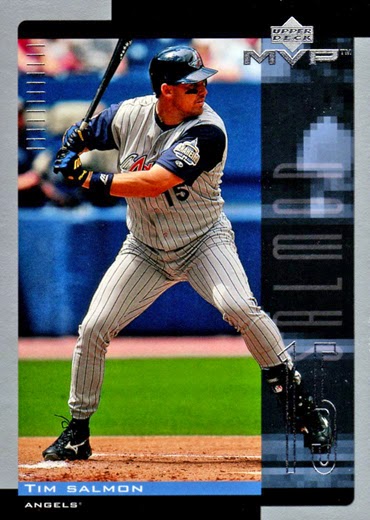 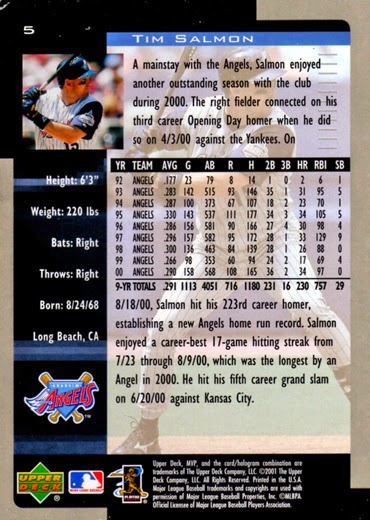 Another forgettable Upper Deck set. Too complicated looking to every really like. Did you know that Salmon played his entire 14-year career with the Angels and never was an All-Star? 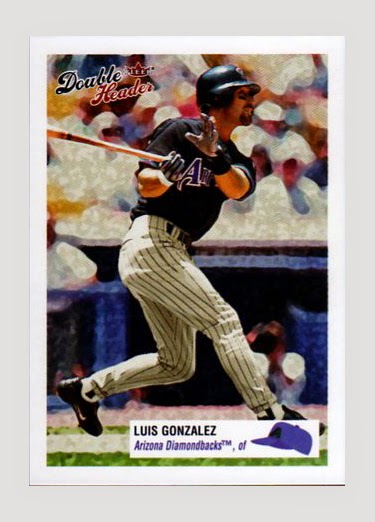 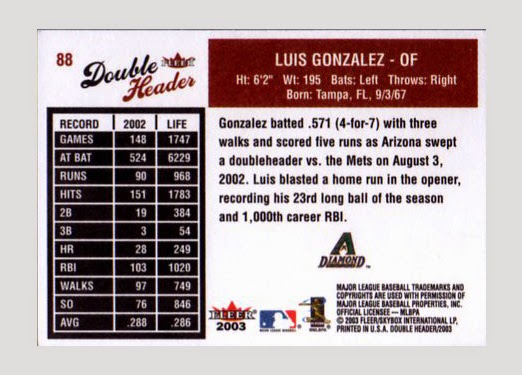 This was a weird set from Fleer. The entire set was composed of undersized cards. There was a parallel set of sorts called Fleer Double Header Double. These cards were taller than the regular cards but the top was folded down so it was the same size as the regular. On the flap appeared a player and a different player was printed under the flap such as the legs of the player under the flap formed the legs of the player on the flap. That must have been a complicated design and photo selection problem. No wonder it only appeared the one year. This was one of the BONUS cards in the box. 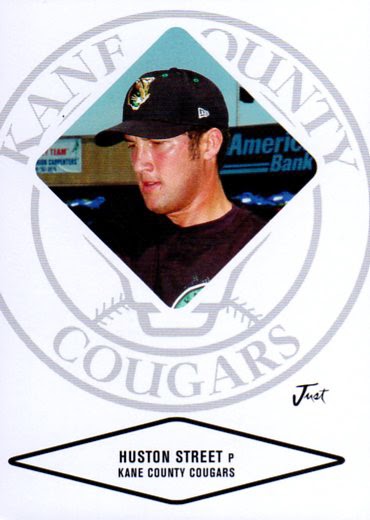 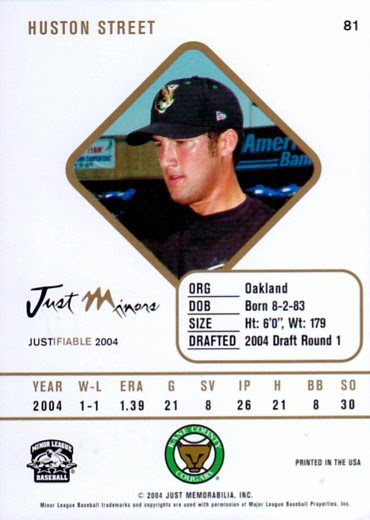 Just published minor league sets in the mid-2000s. I've only ever seen them in repacks. It's always a bit difficult to figure out which set a given card is from. You might think this is from a set called "Just" or maybe "Just Minors" but the set is actually called "Justifiable". I always have to look the cards up on Beckett.com to be sure. I don't mind getting these cards, especially when the player turns out to be someone. 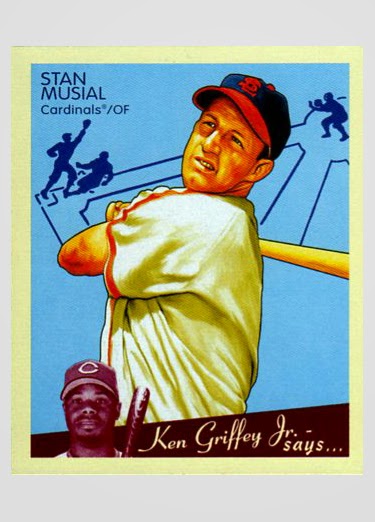 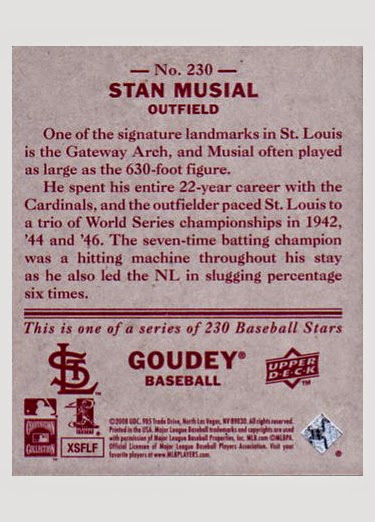 This was the other BONUS in the box. In 2007, Upper Deck Goudey were all cards this sized. In 2008, the base set were normal sized cards with smaller sized parallels. The parallels came in blue and red. In 2009, the set got really weird and it's best to forget about it.