2014 may be over but I still have to deal with the boxes of repacks I bought in 2014 and just left laying around. I want to get these cataloged and put away before the new cards start coming out.

This was a Fairfield repack that I bought back in June. It promised "4 packs, 50 cards plus BONUS".  I had opened the box back then but I'm not completely sure what was the bonus. It was some extra cards which I'll identify below. The 50 loose cards were a wonderfully diverse group of cards. Usually repacks with loose cards are larded up with 1989 Topps and early '90s Upper Deck. Not that there weren't some of these cards but still lots of different stuff. Altogether there were 90 cards in the box and I needed 50 of them. 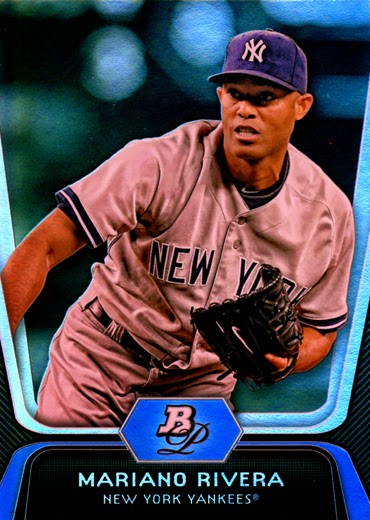 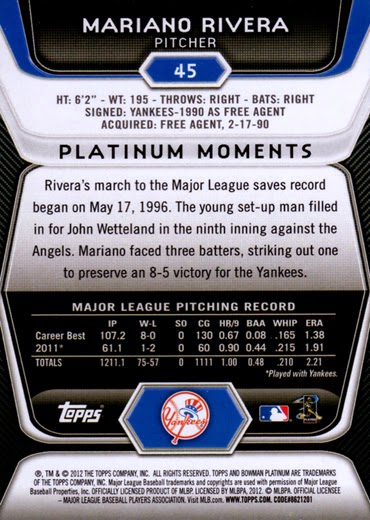 One of the packs was 2012 Bowman Platinum. I didn't buy much of this so I needed all 4 cards in the pack. The other cards were Evan Longoria, Mark Teixeira, and Cory Spangenberg. The other 3 packs were 2012 Topps, 2012 Topps Opening Day and 2012 Topps Update. There were cards I needed from all the packs but nothing special from any of them except this. 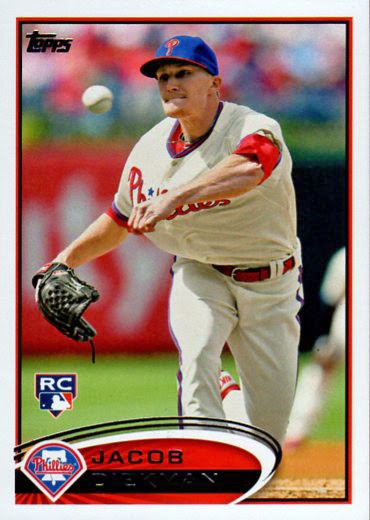 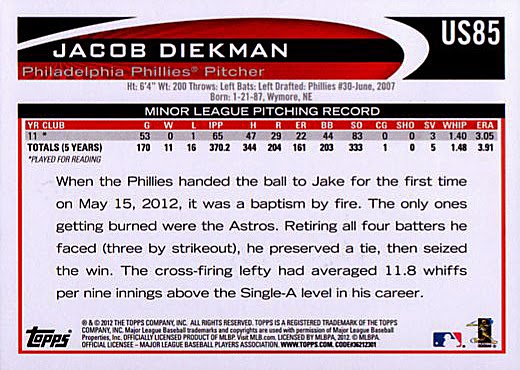 Diekman's been an important part of the Phillies bullpen for the past 2 years and this is the first card of his I've seen. 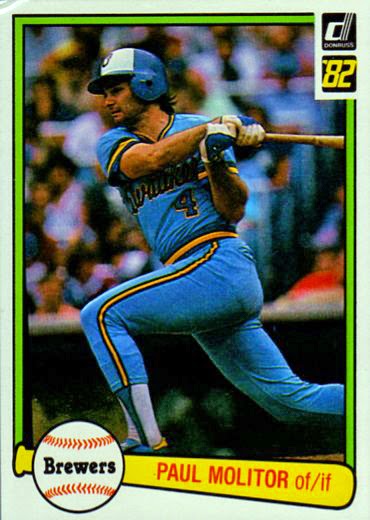 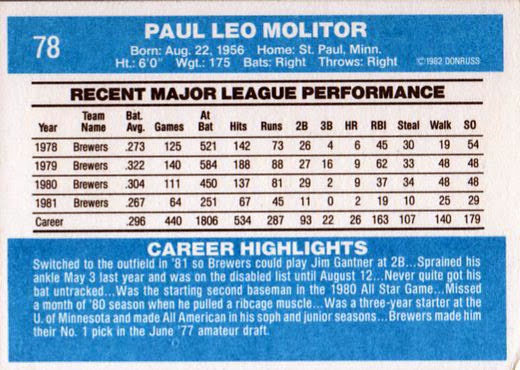 I never mind some 1982 Donruss, especially when it's a player I collect like Paul Molitor. 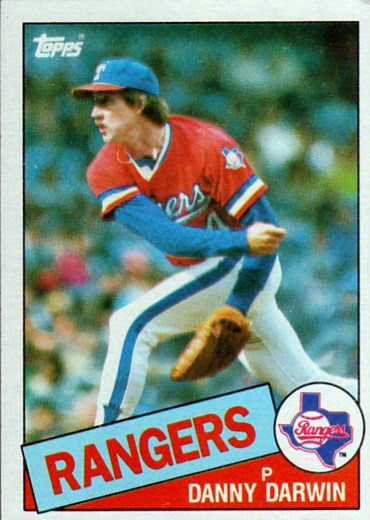 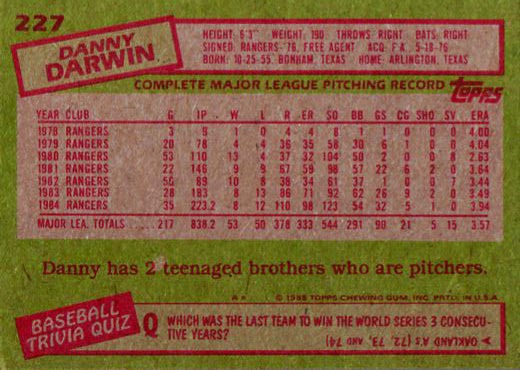 I also don't mind 1985 Topps. 1985 was the first year as an adult that I bought baseball cards but I didn't buy many, and only Topps. I'll complete this set someday. Did you know that Darwin pitched for 21 years and that his nickname was Dr. Death? 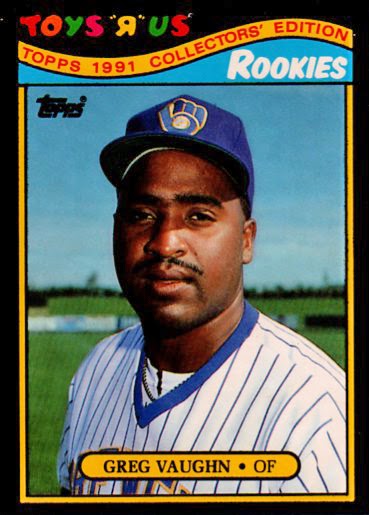 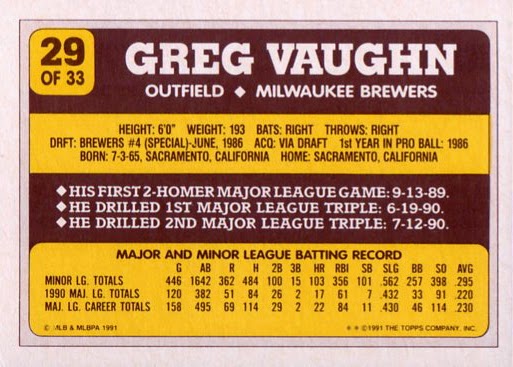 I have 19 of the 33 cards in this set and everyone of them I've gotten in a repack. 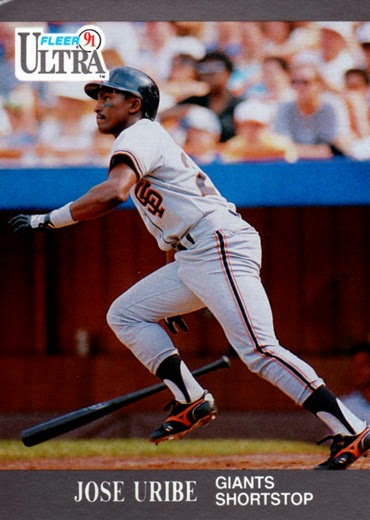 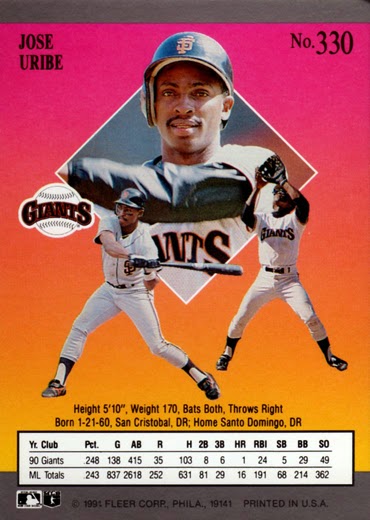 Fleer's first attempt at a premium level card. There were 3 in the box, all of which I didn't have. I didn't know until I got this card that Uribe died in 2006 in a car crash. 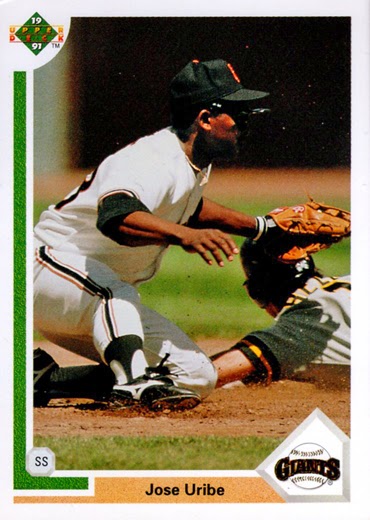 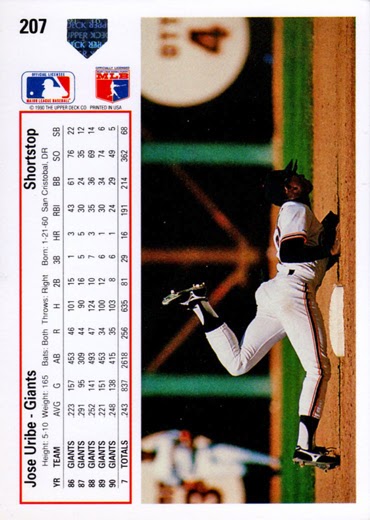 There were 2 Uribe cards in the box that I needed. Some day I will finish these early 1990 Upper Deck sets through repacks. 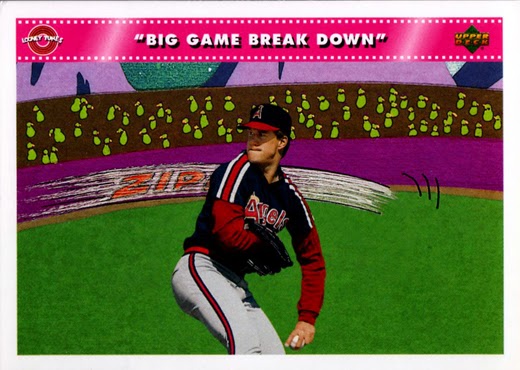 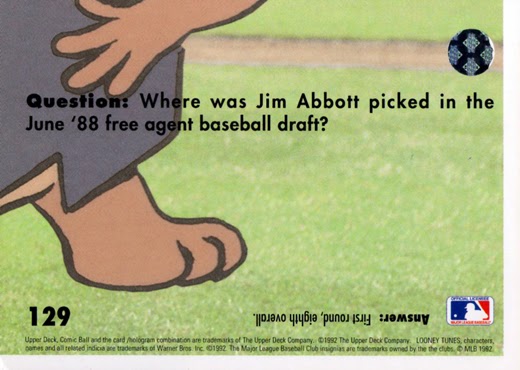 Upper Deck published these Comic Ball sets in the early 1990s. This is only the second one I've ever seen. The other was a Nolan Ryan from the 1991 set. A combination of baseball players and Warner Bros. cartoons, how can you go wrong? 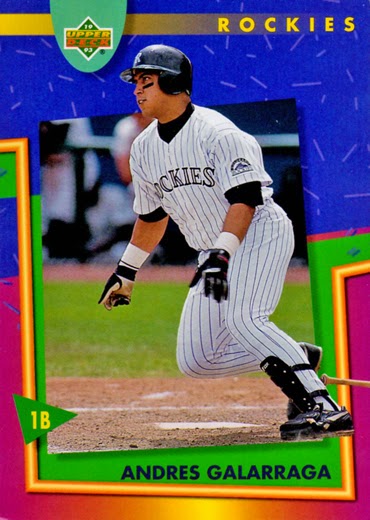 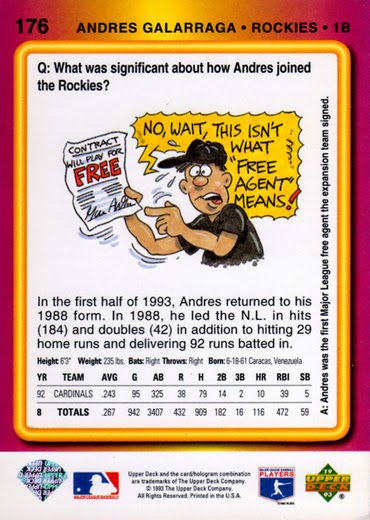 Another early 1990s attempt by Upper Deck to crack the kid's market. 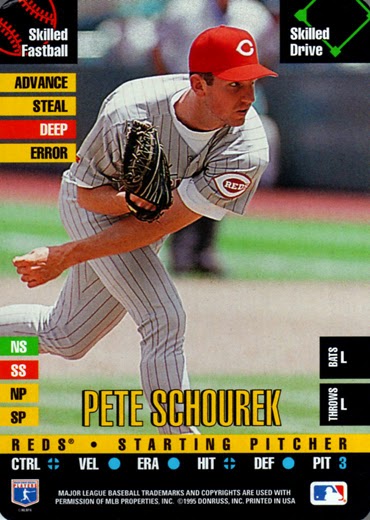 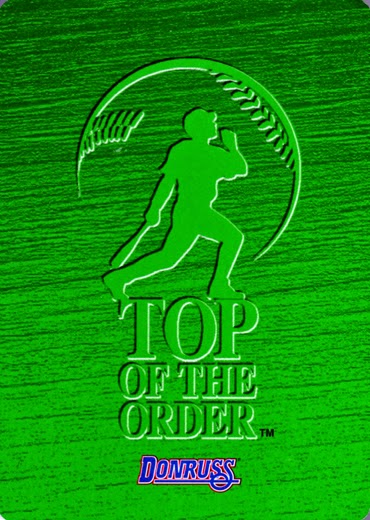 This is the 3rd card from this 330 card set that I've pulled from a repack. With only 3 cards it's impossible to tell how you play the game. The cards originally came in 10-card "starter packs". I see a box with 80 starter packs on sale on eBay for $99.99. No thanks. But I was able to snatch up the 6 Phillies cards I needed (one of the three I already have was a Phillie) for a reasonable price. 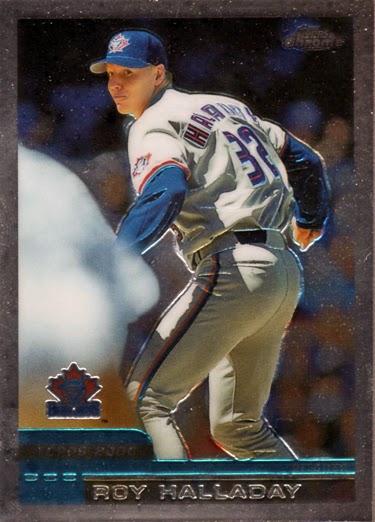 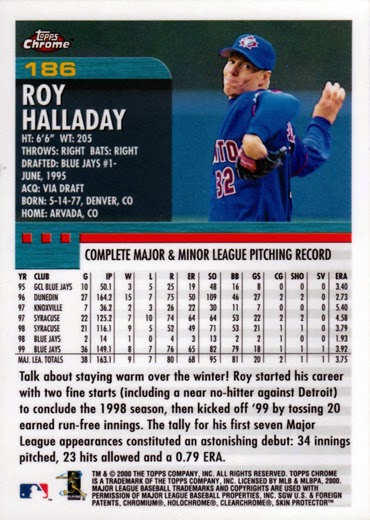 These early Topps Chrome cards tend to get kind of of tacky over the years. This one wasn't too bad. I imagine if you've had one of these in a 9-card album page for the past 15 years I might be hard to get out today.