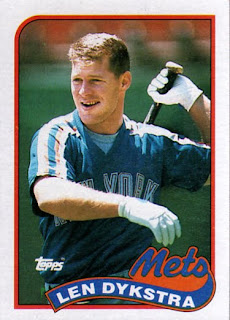 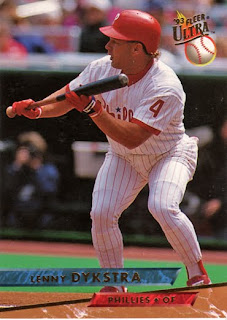 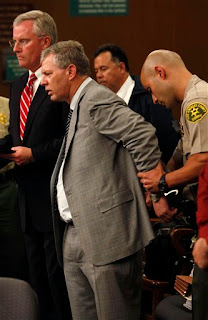 Here's the Associated Press caption for this photo: "Lenny Dykstra, center, is put in handcuffs after his arraignment on grand theft auto and drug possession charges in San Fernando, Calif. Attorney Daniel Nixon is at left. Dykstra, 48, a former New York Mets and Philadelphia Phillies star, was charged with 25 misdemeanor and felony counts of grand theft auto, attempted grand theft auto, identity theft and other crimes, said Jane Robison, a spokeswoman for the Los Angeles County district attorney's office. He faces up to 12 years in state prison if convicted."

This story is a week old but I missed it. Lenny's been having lots of troubles lately. Read his Wikipedia article here.
Posted by capewood at 6:48 AM