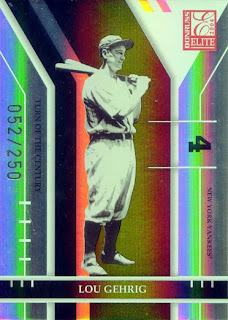 The Iron Horse was born in 1903 in New York. Elected to the Hall of Fame in 1939, he is one of the all-time great baseball players. 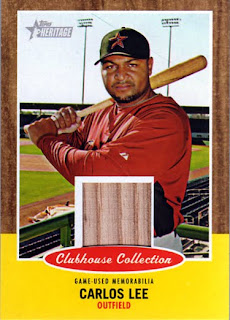 El Caballo was born in 1976 in Aguadulce, Panama. He was signed as an amateur free agent by the White Sox in 1994. He played the first 6 years of his 13-year career with the White Sox and has played the last 5 years for the Astros. He is a career .286 hitter with 336 home runs. He is a popular player in Houston. A bunch of fans wear big cowboy hats and ride toys horses out in the outfield when he comes to bat. 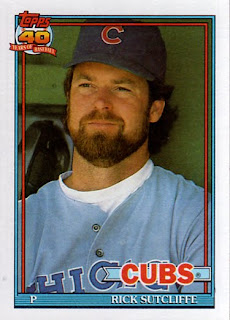 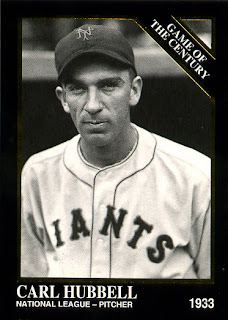 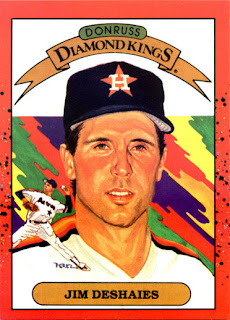 JD was born in 1960 in Massena, NY. He was drafted in the 21st round by the Yankees in 1982. He spent most of his 12-year career with the Astros compiling an 84-95 career record with an ERA of 4.14. His Chris Berman nickname was Jim "Two Silhouettes on" Deshaies. He is currently a respected analyst with the Astros broadcast team. 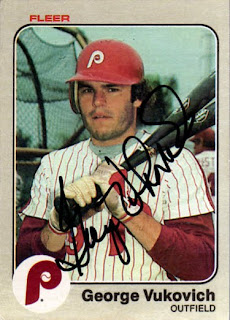 George was the Phillies #4 draft pick in 1977. He played for the Phillies from 1980-1982 and then for three years with the Indians. He was part of the 5 for 1 trade (include Julio Franco) that brought Von Hayes to the Phillies in 1983. This is one of the few autographed cards I own. Vukovich was coaching the softball team of the son of a good friend of mine in the Atlanta area and my friend got this card signed for me. 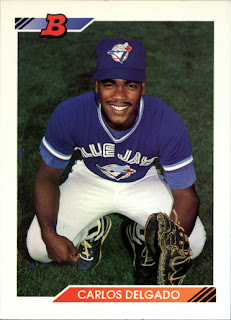