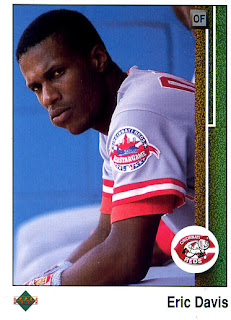 Eric the Red was born in 1962 in Los Angeles, CA. He was the 8th round draft pick of the Reds in 1980 and made his major league debut in 1984. He played for the Reds until 1991 and lead them to the a World Series win in 1990. He homered in his first World Series at bat off Oakland's Dave Stewart and the Reds swept the series. But he injured his knee in Game four. That injury and others hindered his playing career for several years. In 1997 he was diagnosed with colon cancer. He recovered enough to have one of the best years of his career in 1998, batting .327 for the Orioles with 27 home runs. He retired after the 2001 season and currently works in the Reds front office. 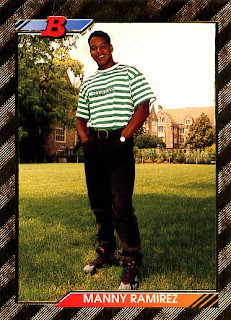 Manny Being Manny was born in 1972 in Santo Domingo, Dominican Republic. He was the Indians 1st round pick (13th overall) in 1991. He spent the first 8 years of his 19-year career with the Indians and the 2nd 8 years with the Red Sox. His next three years were with the Dodgers after a much debated free agent signing. In 2009 he was suspended for 50 games after testing positive for a banned drug. The Dodgers, perhaps tired of his antics, let him go in August 2010 and he was picked up by the White Sox for the remainder of the season. The Rays signed him for a bargain price of $87,000 for the 2011 season but in May he again tested positive for drugs and he decided to retire rather than face a 100 game suspension. Arguably one of the best players of his generation he has a career batting average of .312 and 555 home runs. He was a 12-time All-Star and would seem a shoo-in for the Hall of Fame. It will be interesting to see how the whole "Manny Being Manny" thing and the drug problems will play out when he is eligible for the Hall in 2016. 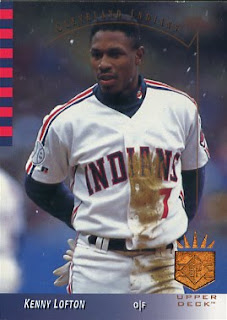 Kenny was born in 1967 in East Chicago, IL. Although originally drafted by the Astros in 1988, he spent the bulk of his 17-year career with the Indians. He finished 2nd in the Rookie of the Year voting in 1992 behind Pat Listach. Kenny lead the AL in stolen bases in each year from 1992 through 1996, averaging 64 a year during that stretch. He retired after the 2007 season with a .292 batting average and 622 stolen bases. 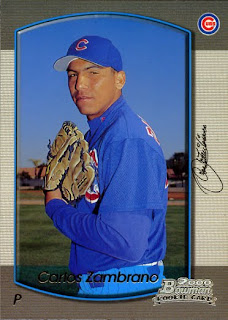 El Toro was born in 1981 in Puerto Cabello, Venezuela. He and Derek Lowe are the only currently active players born on this date. Both are pretty good pitchers. Carlos was a free agent signing by the Cubs in 1997 and has played his entire 11 season career for the Cubs. He has a 121-76 record with a career ERA of 3.53. He is a 4-time All-Star and has 3 Silver Slugger awards. His career batting average is a respectable .240 and he has 22 home runs. 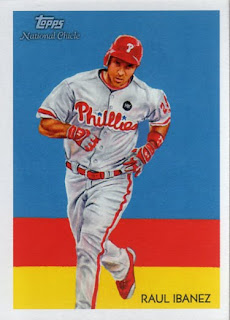 Raul was born in 1972 in New York City. He was the Mariners 32nd round draft pick in 1992. He spent 5 years playing part time for the Mariners before the Royals signed him and made him a full-time player. In 3 seasons with the Royals he hit .297 with 55 home runs. He was re-signed by the Mariners in 2003 and spent 5 years with them hitting and fielding well. The Phillies signed him in 2009 and he has been an important part of the Phillies outfield ever since. He got off to a horrendously slow start in 2011 but had an exceptionally good May. According to a poll of 290 players conducted by Sports Illustrated, he is the second nicest guy in baseball, behind Jim Thome. 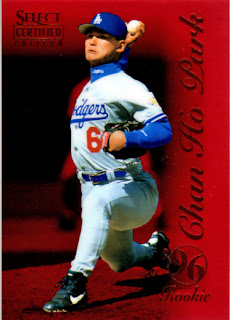 Chan Ho was born in Kongju, South Korea. He was a part of the 1992 and 1993 South Korean National team and is the first South Korean to play in the major leagues. He was signed as a free agent by the Dodgers in 1994 and played for them for 8 years, compiling an 80 and 54 record. The final 9 years of his career were with the Rangers, Padres, Mets, Dodgers again, Phillies, Yankees and Pirates. Most of those years were as a reliever. He was 44-44 with 2 saves in those years. He is currently pitching for the Orix Buffaloes in Japan. 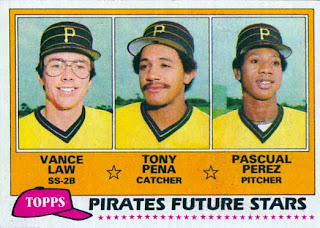 Tony was born in 1957 in Monte Christi Dominican Republic. He was signed by the Pirates in 1957 as a free agent. Although originally an outfielder, he was converted to a catcher in 1977. He had an 18-year career with the Pirates (7 years), Cardinals (3), Red Sox (4) and Indians (3). He finished his career in 1997 splitting time between the White Sox and Astros. He was a 5-time All-Star and 4-time Gold Glove winner. Since his playing days he has been a minor manager and a coach in the big leagues. He is currently the bench coach for the Yankees.
Posted by capewood at 4:52 PM