For a pile of junk wax Royals and some random cards featuring mustaches, Eric has sent me a pile of nice cards, including 62 cards that I needed for my collection. I can't possibly show them all, but here are the highlights. Thanks, Eric! 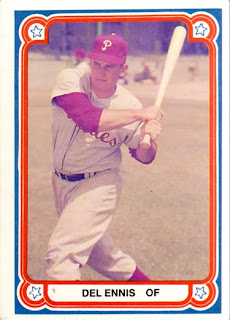 This is one of my favorite cards I've gotten in this trade event so far. It's from a 1987 9-card set commemorating the 1950 Phillies Whiz Kids, the first Phillies team to go to the World Series. 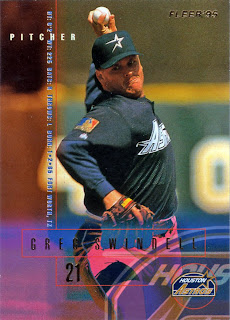 In the mid-1990s, the Fleer designers seem to have lost their minds. The results were cards like this. This set featured 5 different designs, each one more baffling than the last. 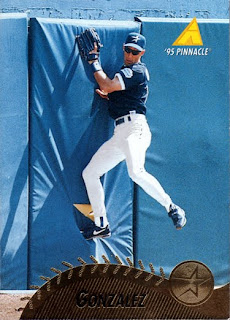 Luis tears a hole in the outfield padding trying to catch a ball which was probably way over his head. Pinnacle put big blobs of gold foil on their mid-1990s cards. Considering the current price of gold, they might be worth melting down. 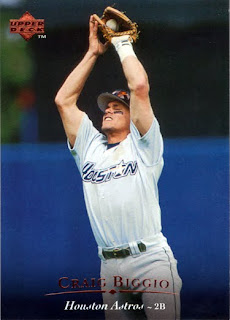 One of my all-time favorite players, even before I moved to Texas. 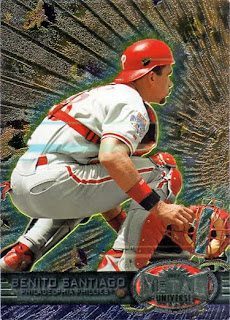 Here's an even more extreme example of Fleer designer psychosis. I only bought one pack of this and didn't have any Phillies or Astros. Benny has taken his catcher's mask off so he can better see his pitcher being consumed by a nuclear fireball. 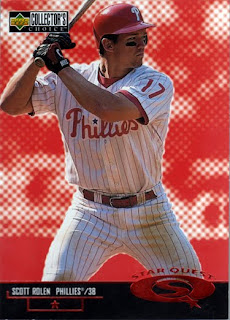 Another 1998 Star Quest card I needed. 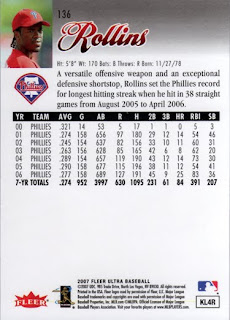 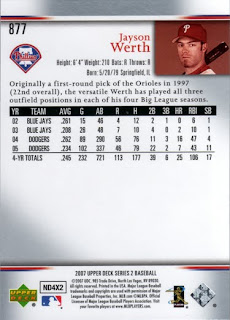 I'm showing the backs of these last two cards to make a point. Upper Deck seems to have been just phoning it in for awhile, even back in 2007. The fronts of these cards both have minimal designs but can be told apart. The back designs are virtually identical. 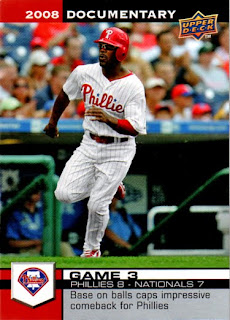 21 of the cards were from this set. This set is probably the poorest execution of a great idea that I know. 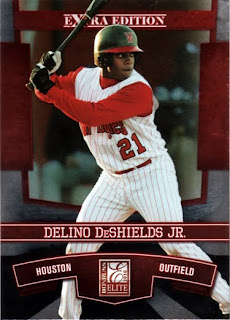 Since I don't have a decent card shop anywhere near me, I don't see cards like this on sale too often. Eric sent me 3 Phillies and 4 Astros. This set features players in the minor leagues, some in their college uniforms. DeShields was the Astros #1 draft pick in 2010. These are the first Panini produced Donruss cards I've seen. 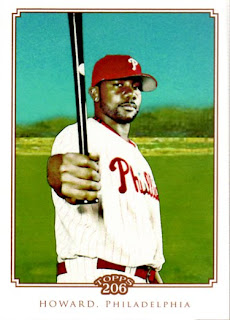 I bought 3-4 blaster boxes of this product and didn't get too many Phillies or Astros. Eric filled a lot of holes in this set for me, including this one, my favorite, the Ryan Howard short print.
Posted by capewood at 12:49 PM

Glad I could help. Looking forward to next years event!