I mailed out 12 packages of cards this morning, fulfilling my side of the Summer Clearance Trade. Returns are all ready coming in. I got a nice package of cards from DW for a bunch of Tigers. I found 11 cards that I needed. Most of the rest will be put away as duplicates but that's OK. I'm pretty happy with this deal. I spent about $2.50 in postage for each package I mailed. To have bought these 11 cards on ebay, assuming I could have found them, would have cost more than that. Here's what I got that I needed: 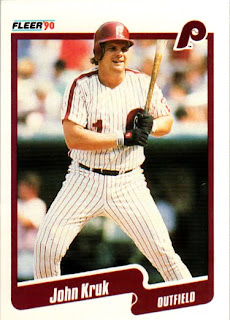 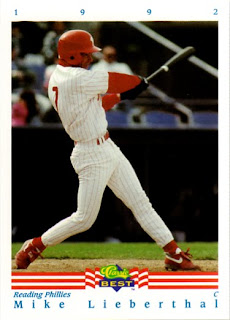 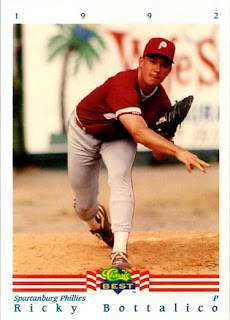 Here's a card I didn't know even existed. I had a list of the Phillies from this set but missed Ricky. He's currently a broadcaster with the Phillies. 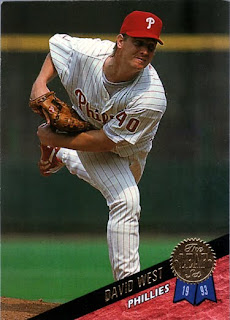 One of my favorite Leaf sets. I still need two more Phillies from the set. 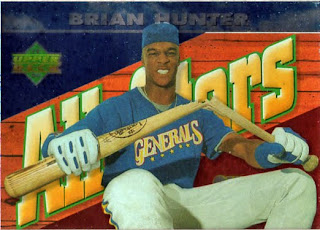 Hunter was the 2nd round pick by the Astros in 1989 and made the big club in 1994. I'm really only interested in post-1994 Astros but this one was nice to get. Brian played for the 1995 Astros. I only have a handful of cards from this set and I did not have one of these foil All-Star cards. So this card goes right into the reference binder. 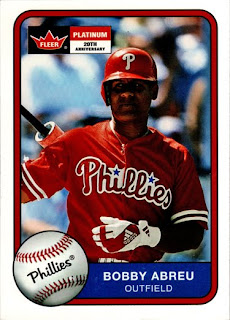 I have very few cards of any team from this set. 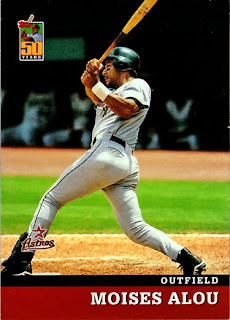 This was an 18-card set available in Post cereal boxes. I've never seen any cards from this set. Since this was ten years ago, it has the Topps 50th anniversary logo. 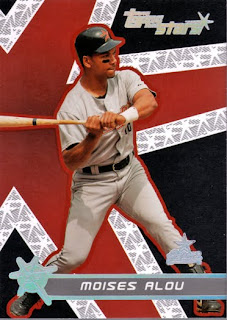 When I pulled this card from the package I thought I had another winner as I knew I had very few cards from this set. As it turns out, I only had one card from the set, this one. Oh, well. 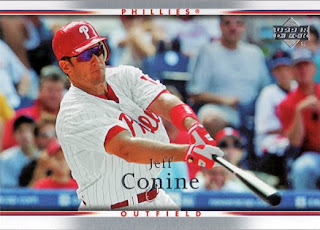 This card looked familiar but it turns out, I have the Upper Deck First Edition version of this card, not this one. 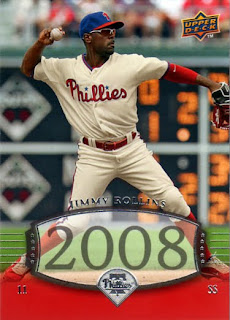 I had two other Rollins cards from this set, but not this one. 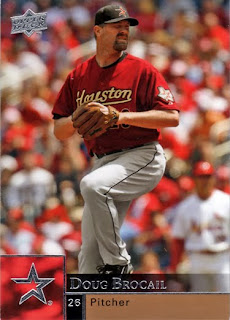 Doug spent two years with the Astros in the 90s and another two years at the end of his career in 2008 and 2009. This is the only Doug Brocail card I have with him in an Astros uniform. He was just named the Astros pitching coach. Sounds like a thankless job. 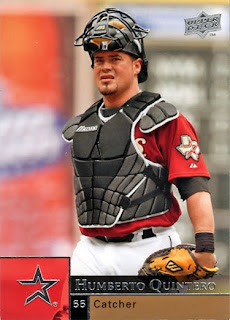 Humberto is currently the Astros starting catcher but is currently on the DL. He looks quite displeased in this photo.
Posted by capewood at 3:31 PM

Thanks for the cards. I really appreciate it. I'm glad at least a handful here were ones you needed.

I'll check in with you again down the road.