Trade from across the sea

I haven't made a trade with John from England for awhile but I got an email from him last June proposing our usual trade, Red Sox cards for Astros cards. We finally got it pulled off. John writes a card blog "The Pursuit of 80's (ness)" but hasn't posted since earlier in the year. Come on John, let's see something new.

I always get a pretty varied collection of stuff from John and I always wonder where he finds this stuff in Kent.

Let's have a look and some of what he sent. 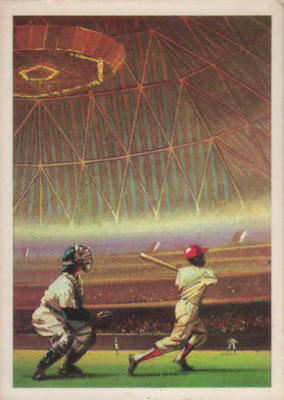 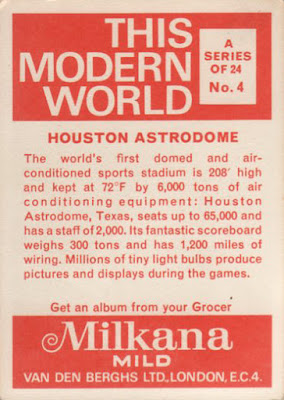 This is a real oddball. Milkana is a German cheese company which apparently sold from a location in London. In searching for something about it the only substantial information came from a post John did in 2010. We both are guessing that the card dates from around when the Astrodome opened in 1965. The painting was done by someone who probably didn't know anything about baseball. Milkana is still around. They have a cartoon blue heart with hands as their mascot that goes by the name of Mr. Doo Dhu. 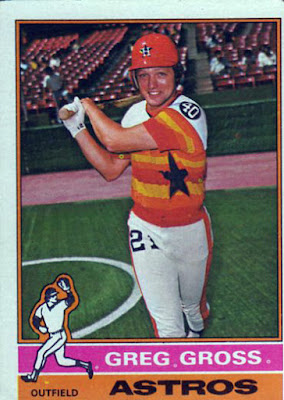 I don't actually collect Astros from before 1995, but 1976 cards are always welcome as I only have a few and most of them are Phillies. Future Phillie Greg Gross shows off the colorful Astros uniform in full splendor. The Astros have incorporated some of this rainbow goodness in their current unis but not like this. I assume that the '40' on the shoulder was a tribute to someone. His uniform number is on his pants. 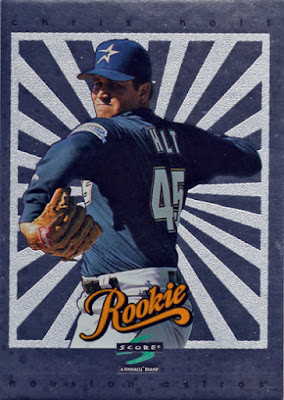 1997 Score wasn't a very attractive set but they made up for it with a series of confusingly named parallel cards. This featured a silver foil background with raised silver foil rays behind the player. 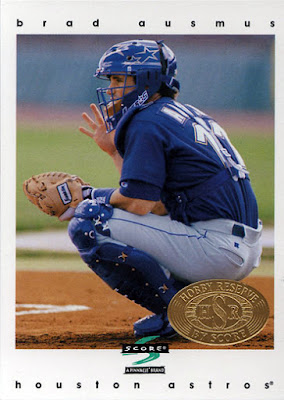 This one featured an embossed gold shield conveniently placed for Ausmus to sit on. 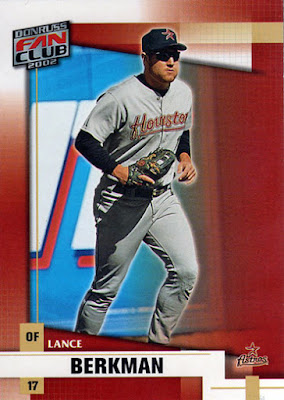 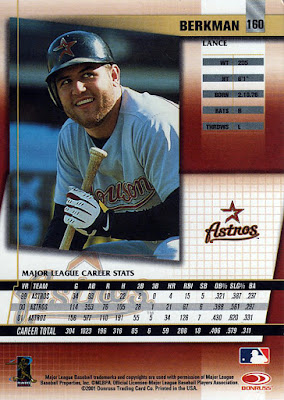 Donruss also issued in 2002 "Best of Donruss Fan Club" which had exactly the same cards as above but were printed on foil board. 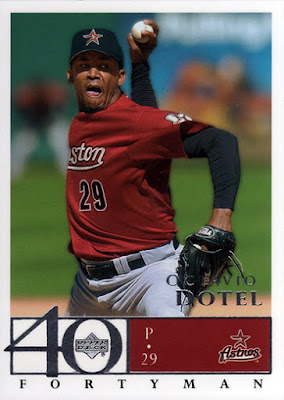 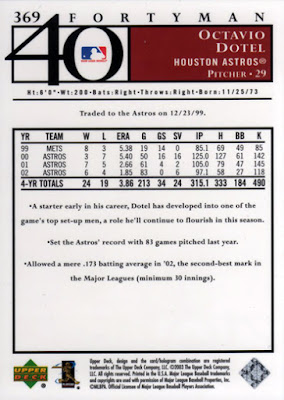 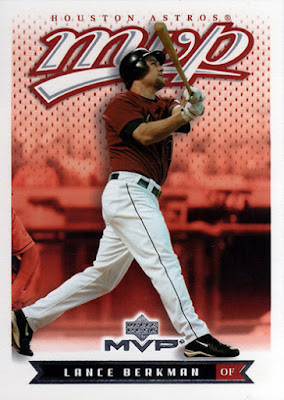 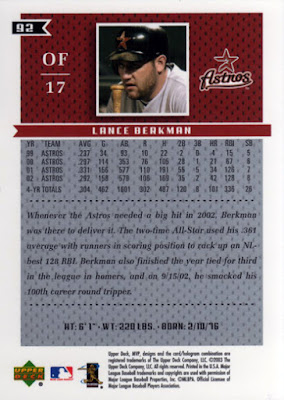 This was an inexpensive set which I never cared much for so didn't buy much of. This is now the only Astro from the set that I have. I only had one Phillie as well. This drove me to eBay where I was able to pick up the Astros and Phillies team sets for a couple of bucks apiece. 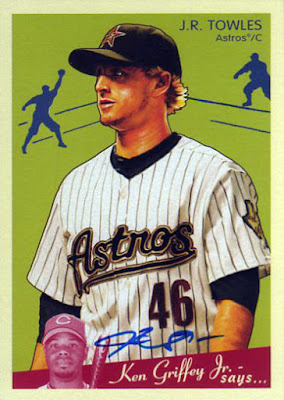 As named by the Night Owl, the "Ken Griffey says" set. Pretty forgettable but still an autographed card and much appreciated. Towles (pronounced tolls) hit .375 in 14 games in his 2007 debut year and looked like the next big thing. In 5 total years with the Astros (155 games) he only hit .187. 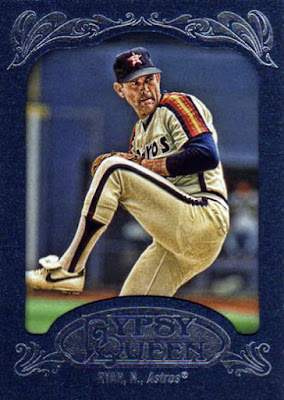 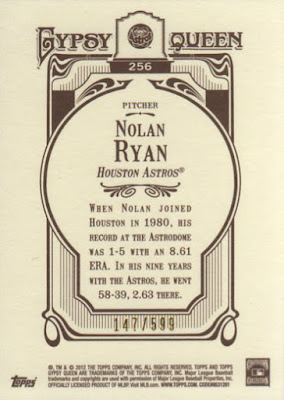 Another much appreciated card from the 2nd year of Gypsy Queen. I didn't get any variation of the Ryan card from that set. This is numbered 147/599. 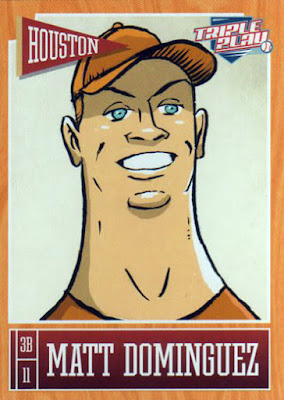 If I were Matt Dominguez, I'd sue over this card. 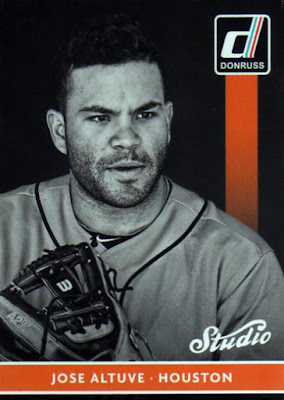 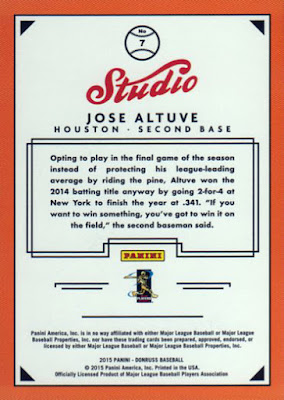 Panini's not entirely successful attempt to revive Donruss Studio.
Posted by capewood at 10:00 AM

Love the Astrodome card and it's oddly positioned players.