This is a short post about a guy who appeared in all of 8 games in 2015, although he had 3 doubles and a 2-run homer and hit .286. He's been a good prospect in the Yankees system since at least 2012. His home run was his first major league hit. Unfortunately he also hurt his shoulder during the 8 games and had season ending surgery in August.

In 2012, the guy I'm talking about, Mason Williams appeared in the Topps Pro Debut. He had a pretty good first pro season, getting 94 hits and 28 stolen bases. But man, he looks like a 12-year-old. 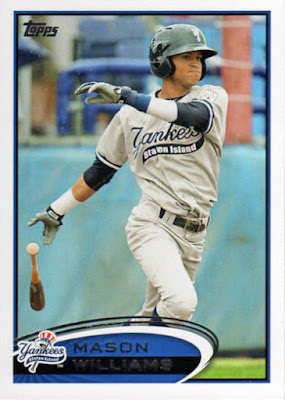 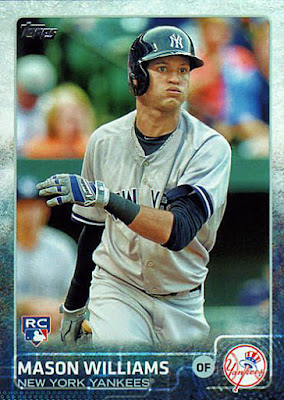 And his batting helmet fits better.
Posted by capewood at 10:00 AM