The last matchup wasn't much of a contest but this one will be more difficult because both are nice cards whose design goals are way different. 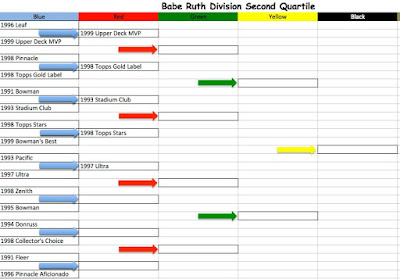 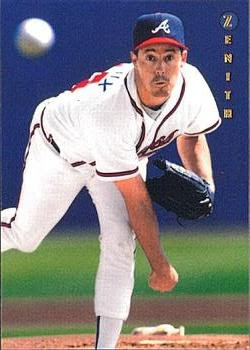 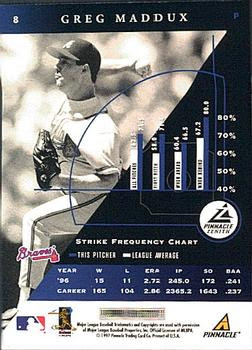 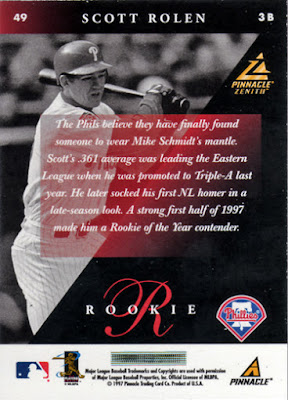 I only own one card from this 50-card set. That would be the Rolen card above. The Maddux card I got from tradingcarddb.com. They appear to have the whole set. The card fronts are simplicity itself, a full bleed photo and the set name. That's it. The cards have a nice glossy feel. The photos are a mix of action and posed shots. The Z in Zenith is in a circle matching the player's team colors. Pretty subtle. The backs have a visual representative of the player stats. The rookie cards have a large script R on the front which is the one jarring note in this set. 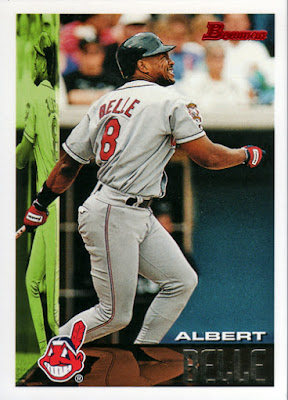 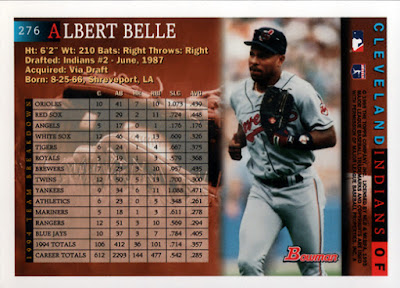 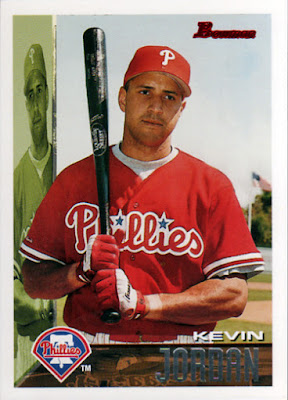 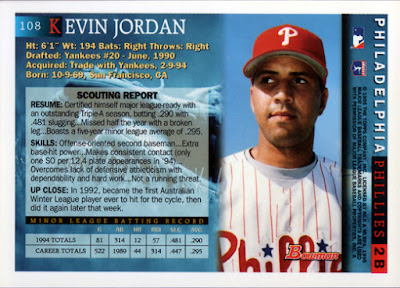 This is a set that is just trying too hard. The left side of the card is squashed b/w mirror image of the card photo. The bottom of the card is a sepia mirror image of the photo. They allow the photo to overlap the side border but not the bottom. This makes the card look a little off-centered. The player's first name is in small white letters while his last name is in silver foil letters that are about 4 times the height. A mismatch between the presentation of the player's first and last name is common in card design but is usually a detriment to the design. Veteran cards are red (more like a dried blood color) on the back while rookies are a sky blue. Bowman will use this color coding for over 10 years but this was the first time they did it.

The Result: I don't hate 1995 Bowman although it's got it's problems. And I don't really love 1997 Zenith, but I have to go with it due to the simplicity of the design and the good photography. 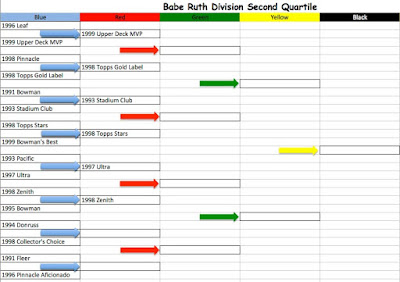 That's one of my favorite Bowman designs, and I still prefer Zenith. Good pick.

I agree. Zenith gets my vote as well.