It was a long month with a long reading list.

All Quiet on the Western Front by Erich Maria Remarque 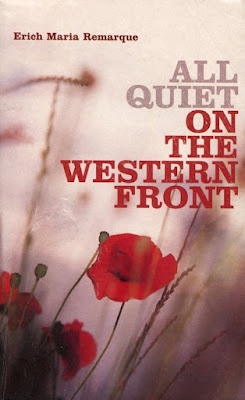 The US best seller for 1929, this is a powerful book about war and one man's survival. The book concerns a German soldier and his 2+ year stint on the battlefield, largely based on Remarque's own experiences. At 17, Paul Baumer knows virtually nothing about the world but gets sent to fight in a World War. His life goes completely out of his control as he is sent here and there, sometimes to sit on the back lines with nothing to do, sometimes in the trenches in near constant terror. The enemy is faceless, the battles senseless. Just by surviving, Paul becomes a hardened veteran, pitying the new soldiers who arrive just months after him. It's almost impossible to tell where Paul is during his story but I think one of Remarque's points is that from the ground all war looks pretty much the same.

The Blue Zone by Andrew Gross 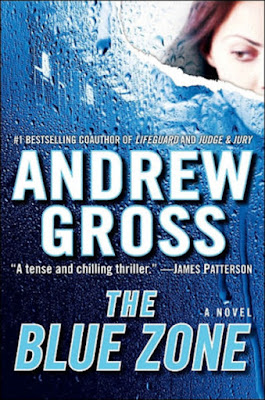 Andrew Gross is a long time collaborator of James Patterson (whom I've never read). This is his frist solo novel. It was OK. Kate Raab is a medical researcher who's entire world gets turned upside down when her father, a seeming respected gold trader, is arrested for money laundering for a Mexican drug cartel. He goes to jail, her family goes into the witness protection program and Kate is left with her boyfriend to try and understand what happened to her life. The story got kind of complicated because there was more to it than simple money laundering. A pretty good read.

The Prehistory of the Far Side by Gary Larson 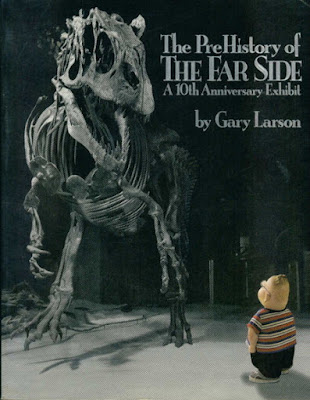 I was always a big fan of The Far Side. This is more that just compilation of the artist's published work. Larson tells us how he became a cartoonist in the first place, how the cartoon developed over the first 10 years, how cartoons get drawn, edited and published. Pretty interesting. One funny incident he shares is when the caption for his cartoon got accidentally swapped with a Dennis the Menace cartoon. The last third or so is a compilation of his favorite panels. 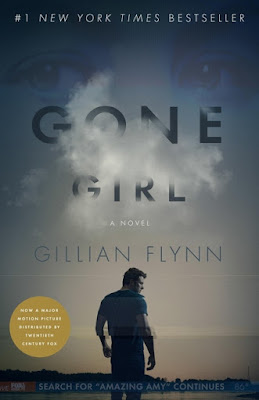 Why Do Buses Com In Threes? by Jeremy Wyndham and Rob Eastaway 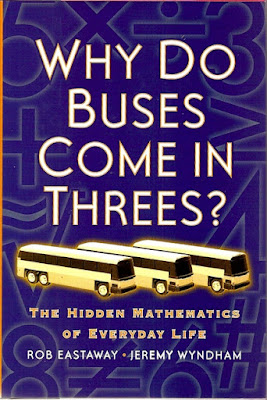 Apparently we're surrounded by mathematics. This book, written by two British mathematicians attempts to explain why the other shopping line always moves faster, and why the odds of finding two people at a party having the same birthday are pretty good. They give a lot of practical examples. It was interesting but still complicated as math can be. Why do buses come in threes? The answer made no sense to me. 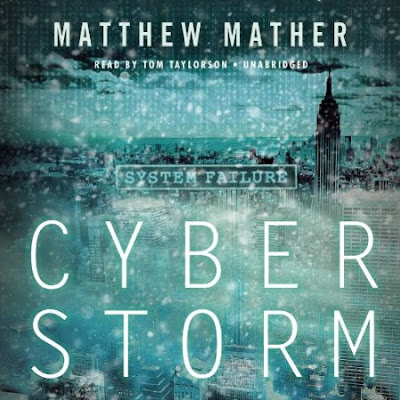 Right as various US computer systems are attacked, a massive snowstorm hits New York City. The main characters are trapped in their upscale condominium building with out power, water and dwindling food supplies. At first I thought this book was a pean to "preppers", people who are prepared for the apocalypse, as one of the main characters is a prepper. He's got a basement closet full of water, food, camping equipment and a generator. He also has a well-stocked house in Virginia. But since his supplies in the condo and eventually the house get looted, it isn't a good advertisement for being prepared. Matthew Mather is an IT guy so the real message is that we are woefully unprepared for the coming cyber apocalypse and that there isn't much we individually can do about it. The book was OK but he sort of oversells the idea with the 6 feet of snow that New York gets in the first week or so. 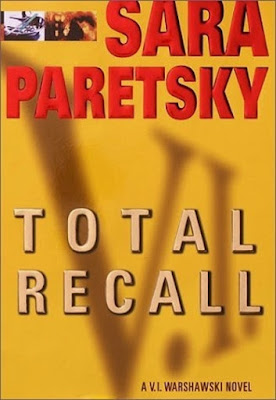 Remember the Arnold Schwarzenegger movie , and recent remake with Colin Farrel? This isn't that story. This is a V. I. Warshawski novel. VI is a private detective in Chicago. I've read a few others in the series and thought them OK. There was a movie some years ago starring Kathleen Turner that went nowhere that I also saw. This book is just a mess involving Nazi death camps and insurance fraud in modern day Chicago. VI comes across as a near crazy person as she tries to make sense of it. I got this book at my local library's book sale and donated it back to them when I finished it. 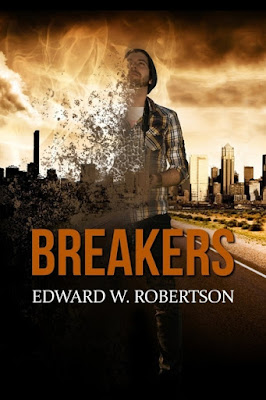 I recently heard of a website called BookBub. You tell them what sort of books you like to read and they send you an email everyday with discounted Kindle books from Amazon. I got this as a Kindle download for free. A deadly flu virus spreads around the world killing nearly everyone. But, luckily, doesn't turn them into zombies. Walt lives in New York where he survives but his girlfriend does not. Since she once expressed a desire to move to LA (she was an actress) he decides to walk to LA. Ray and Mia live in LA. They are pretty much down-on-their-luck when the virus strikes but both survive. They set up camp in a mansion overlooking the ocean and settle down to raise vegetables and chickens. You figure that Walt and Ray and Mia will eventually get together but before that happens, aliens attack! Yes, the aliens had unleashed the flu to soften up the earth before conquest. As aliens go, they seem kinda dumb and underprepared. The book ends on a high note but there are at least 6 sequels. I had enough with the first.

The Autobiography of James T. Kirk edited by David A Goodman 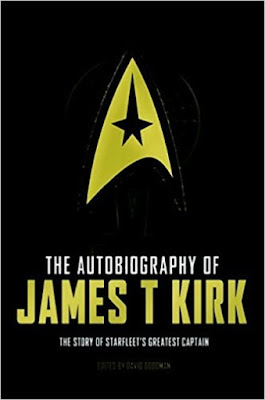 If you knew me you'd know that of course, I was going to read this. I expected it to be a total mess but was pretty enjoyable. It's set up as the result of a series of interviews between Kirk and David Goodman. As such, it's not a straight narrative of Kirk's life but more like a series of vignettes giving insights to many of the original show episodes and the first 6 movies. I think if you're a fan of the original Star Trek you'll enjoy this (unless you're the sort of person who gets incensed at any perceived error from canon). If you aren't much of a fan, or only a fan of the JJ Abrahms movies, you won't even understand the book. The book is shelved in my local library under the author 'Kirk'. My librarian daughter tells me that the is a Library of Congress listing for author James T. Kirk, citing his birth as March 12, 2233. 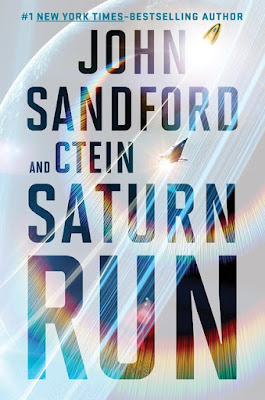 Only the second science fiction book of the month. You may be more familiar with John Sandford as the author of the Lucas Davenport series and the spinoff Virgil Flowers series. Both are cops in Minnesota. This is quite a departure for Sandford. Ctein (who, according to the dust jacket, is a well-know figure around science fiction, although I never heard of him before) was responsible for the science stuff. 50 years from now, an astronomer notices something entering the solar system and slowing down. It has to be an alien spaceship. The ship spends some time in the rings of Saturn and then leaves. The Chinese and the Americans immediately begin a race to see who can get there first to take advantage of whatever alien technology (or thrown overboard trash) the aliens might have left. The entire book takes place on-board either the American (mostly) and Chinese ships. What they find around Saturn seemed the most original part of the book. It was a good read. The American ship was named "The Richard M. Nixon". Sandford explains in the afterword that they thought the name was funny.
Posted by capewood at 10:00 AM