Much earlier in the season I made a post, here, about how cards were distributed among the various teams. I even made a chart! I concluded then that cards were distributed pretty randomly among the teams. I promised to make another post later in the season when I had more cards. Well this was going to be that post. The results aren't very interesting. I have 1,792 cards, just counting base cards (no parallels, no inserts, no autos, no relics). The number of cards per team varies from a low of 48 (White Sox) to a high of 79 (Yankees) with an average of 60 per team. The chart I could make would be boring beyond belief. So I'm convinced, that at least for 2015, the cards are distributed pretty randomly among the teams, even considering extra cards due to world series wins and awards.

I have 52 A's base cards (60 overall). I gotta go with Coco Crisp's magnificent and retro Afro. 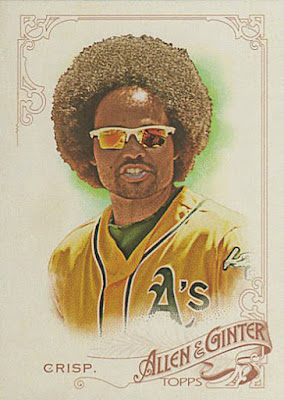 55 Angel's base cards (76 overall). I like this in-your-face face-first slide. 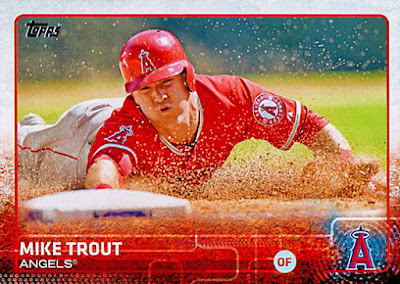 66 Astros base cards (98 overall). I went looking on eBay for Astros sets which inflated the amount a bit. The classic Astro's rainbow jerseys. The Astros gave their fans a lot to cheer about this year. 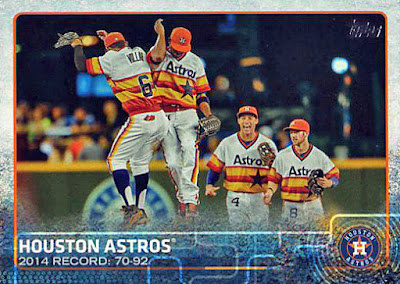 61 base cards (70 overall). Marcus Stroman yelling from the dugout. Where is everybody else? 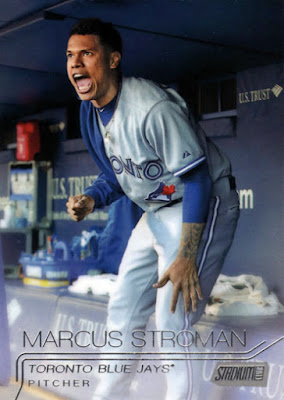 56 base cards (70 overall). Andrelton Simmons gets some air. 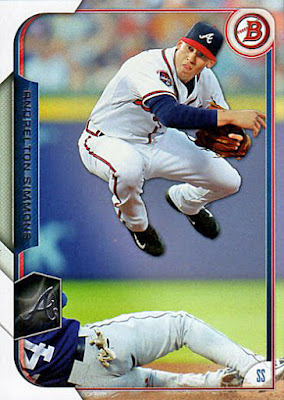 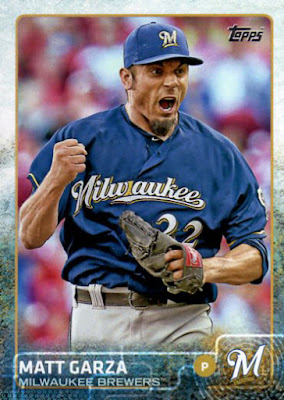 67 base cards (109 overall, mainly due to the Stan Musial set I bought). Jason Heyward gets the tight close-up treatment. 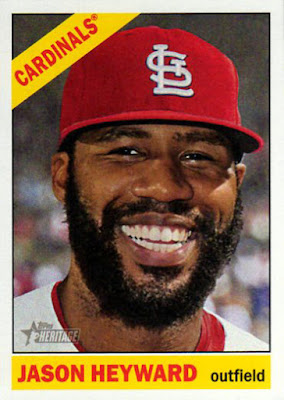 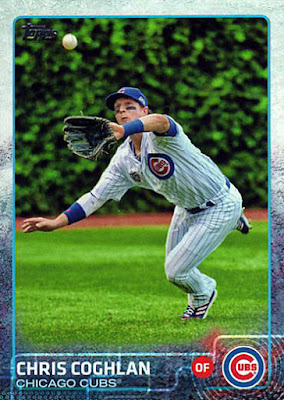 53 base cards (63 overall). I like how Ziegler's body position draws the eye up to the ball in the upper left. 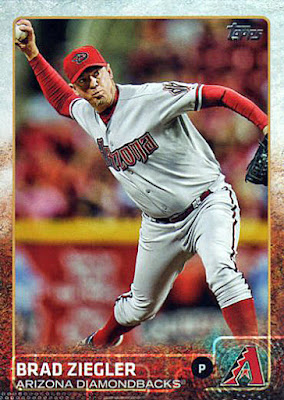 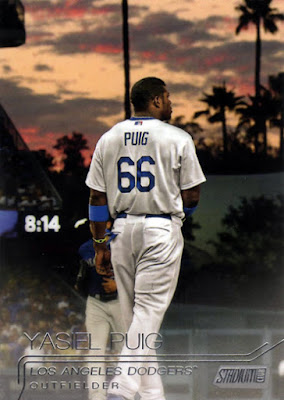 69 base cards (80 overall). Joe Panik flips the ball to Brandon Crawford while the Chevy logo looks on. 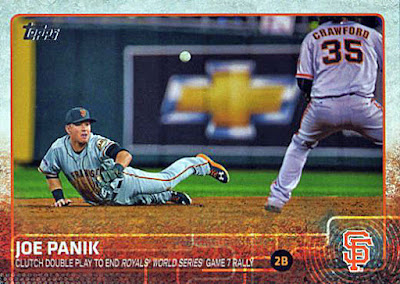 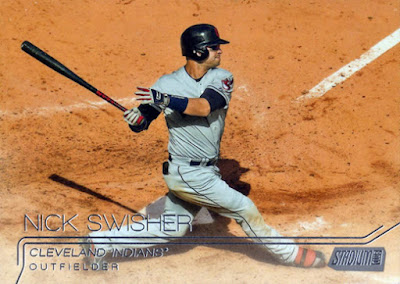 62 base cards (76 overall). Fernando Rodney pretty satisfied with himself. 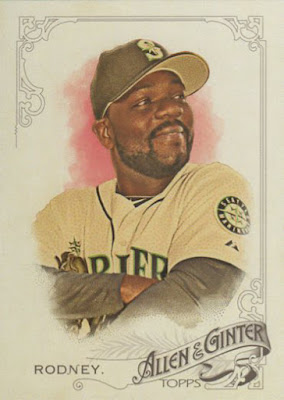 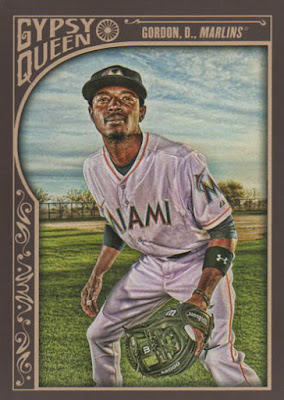 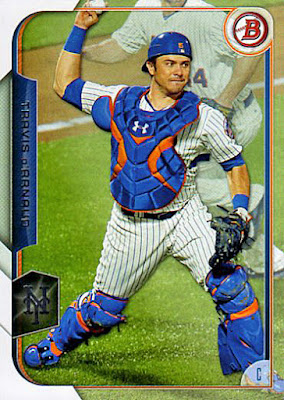 That Swisher is SWEET!