Random Cards from My Collection #81

I haven't done this for awhile. Since I'm a giant nerd I use a random number generator in an Excel spreadsheet to generate cards for a post like this. 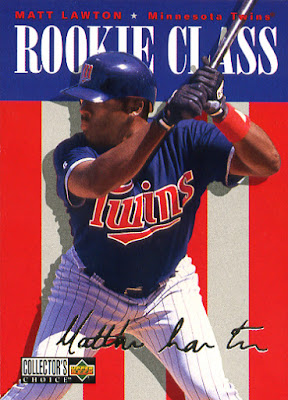 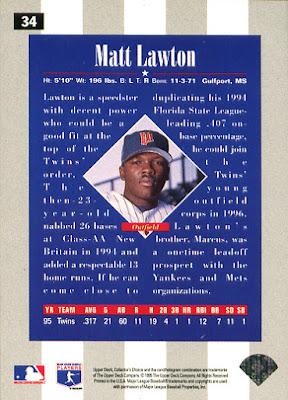 The Silver parallel had a facsimile signature in silver foil. There was a gold parallel as well. Lawton was a 13th round draft pick by the Twins in 1991. 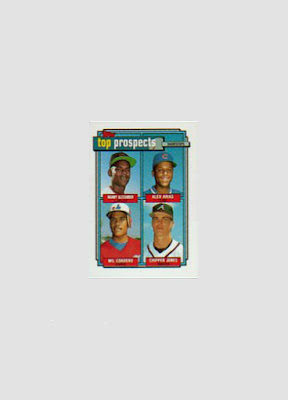 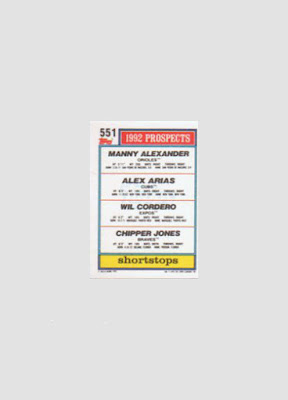 Topps issued these Micro card sets for a few years in the early 1990s. I remember buying the 1992 set at Toys 'R Us for $10. The cards are so small that they are a pain in the neck to own. 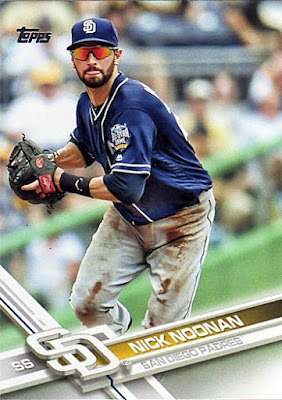 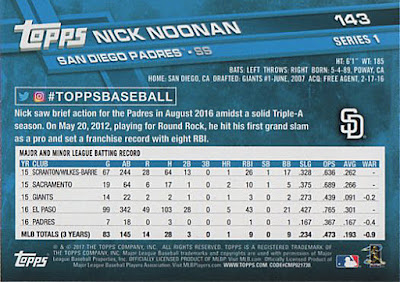 I just bought this card about a week ago. One of several in the set with players featuring those orange sunglasses. 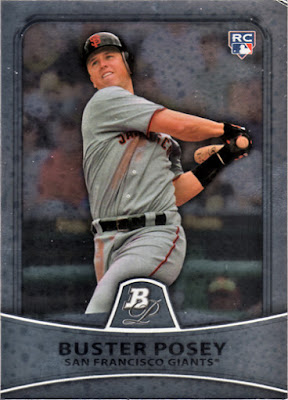 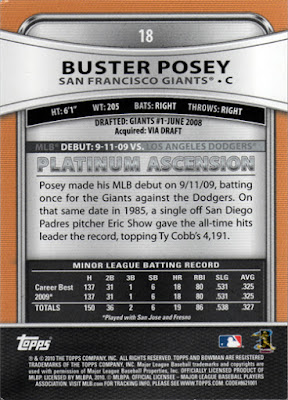 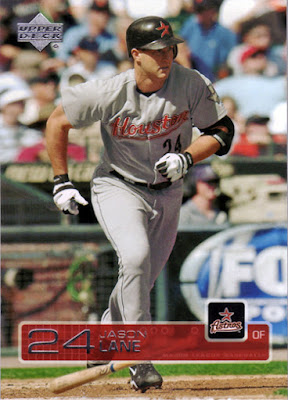 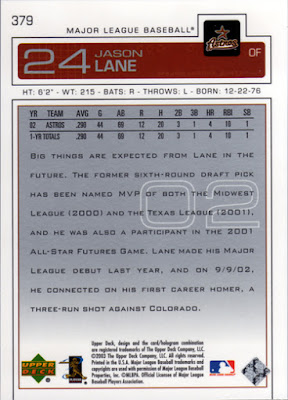 When the Astros moved to Enron (later Minute Maid) Field, they changed their uniform colors to sort of match the brick facade of the stadium. This lead to years of Astros baseball cards with this dreadful orange/red brick color. 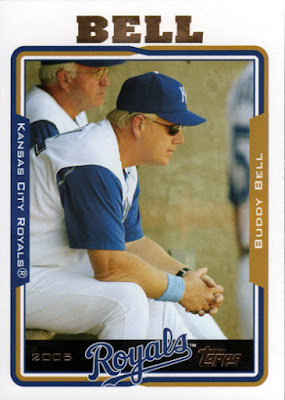 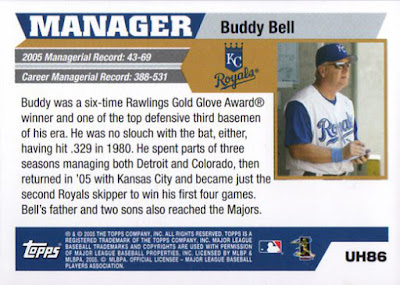 I miss manager cards in the Topps flagship set. 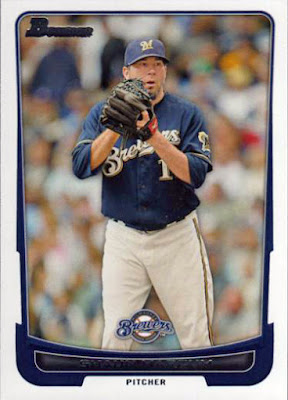 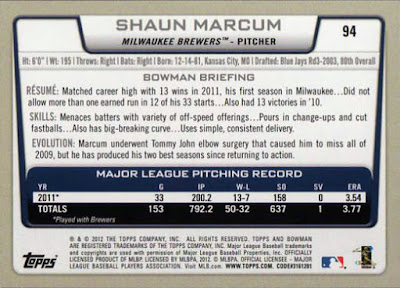 After going 20-11 in two seasons with the Brewers, Marcum signed a $4 million contract with the Mets for 2013 and then went 1-10 for them. He is a college pitching coach today. 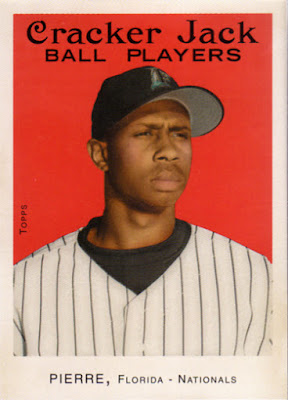 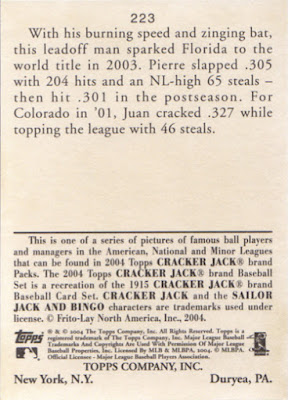 Still one of my favorite sets of the 21st century. 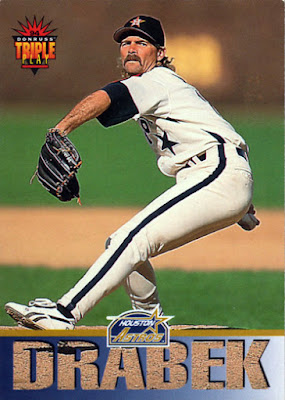 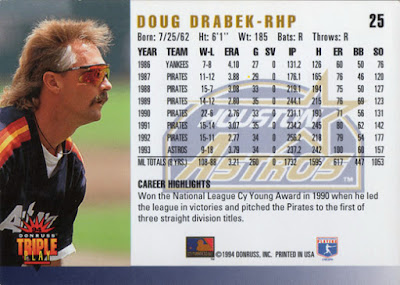 Triple Play went from a set designed mainly for kids to a sophisticated design like this in just 3 years. Then Donruss dropped the brand until Panini resurrected it a few years ago. 1994 Triple Play was quite nice, a full-bleed glossy card with a photo and full career stats on the back. 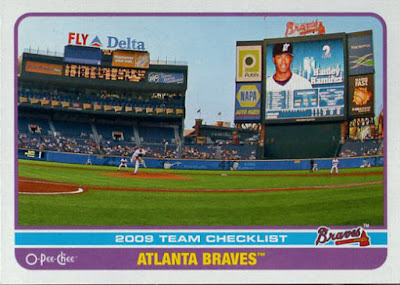 Upper Deck, in it's death throws, turned out this weird set in 2009. That may be the Braves Stadium but it's Hanley Ramiriz of the Marlins on the scoreboard.
Posted by capewood at 10:00 AM