The 2016 Topps Update Megabox yielded the 100,000 card in my collection. I had expected to pass this milestone with the 2017 Topps blaster I bought but there were too may duplicates in the box. With any farther ado, here it is. 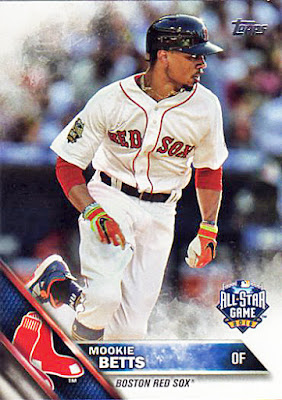 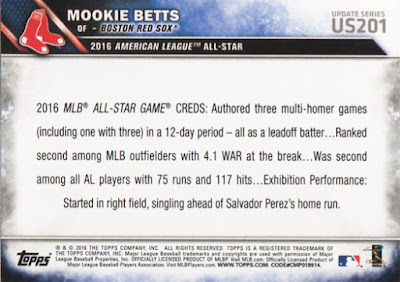 This was the second card from the second pack from the box. I already had more than half the set so usually opening more packs at that point yield a lot of duplicate cards. But I've opened 3 of the 5 packs with no dups so far. Just for fun, here's the rest of the pack. 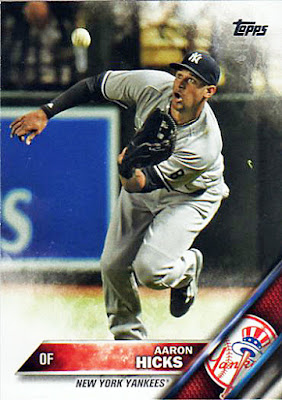 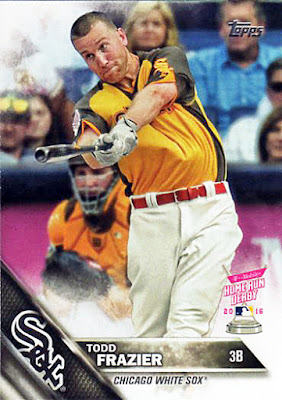 You don't see guys batting without helmets too often, but this is during the Home Run Derby. This is a subset of this set I could do without. 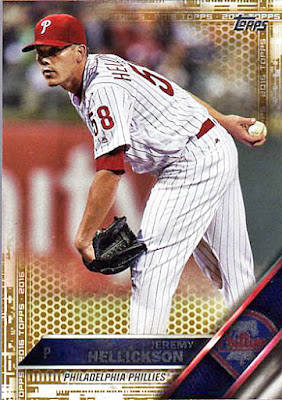 Hey, a gold card. And a Phillie no less. 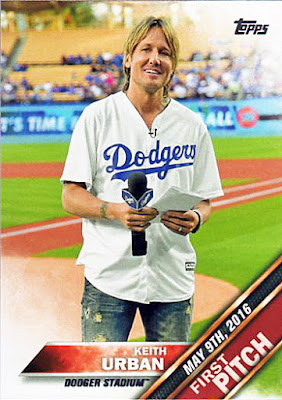 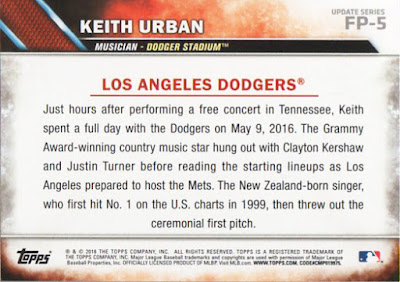 I learned that Keith Urban was born in New Zealand from this card. Now I know 2 things about Keith Urban. The other is that he's a country singer. 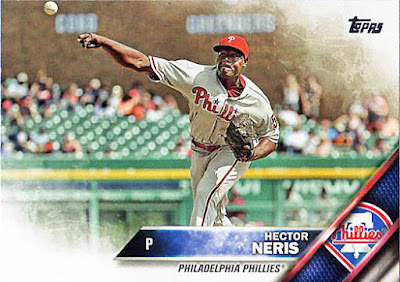 The second Phillie card from the pack. 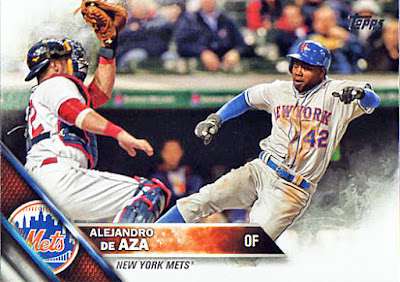 It looks like the catcher has the ball but can he get the tag down? 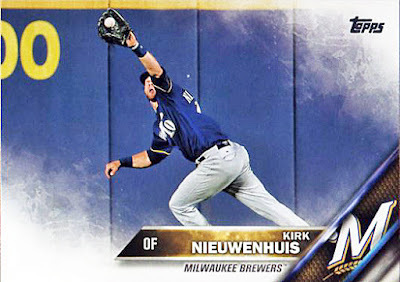 Another nice outfield catch. Nieuwenhuis came up in 2012 and hasn't had much of a career as yet. I haven't seen him on a card since his rookie year. He seems to have found some playing time with the Brewers.
Posted by capewood at 9:37 AM

Congrats on the milestone! While I've crossed that mark in total cards, I'm still a couple of years away at least in a single sport.