Players being interviewed on cards 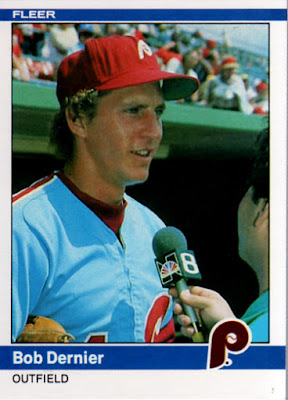 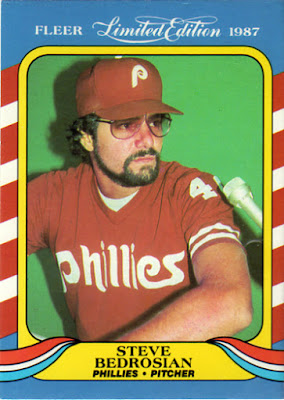 Bedrosian led the league with 40 saves in 1987 but he doesn't look too happy here. 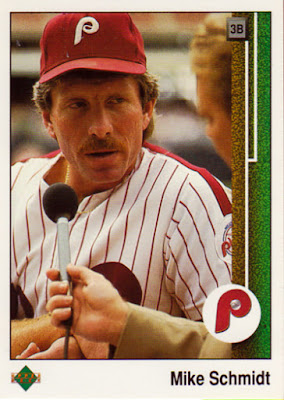 I've shown this card before but it's my favorite card from this genre of cards. It's 1989 Upper Deck, it's Mike Schmidt and the guy with the microphone is Hall of Fame broadcaster Harry Kalas who passed away 8 years ago. 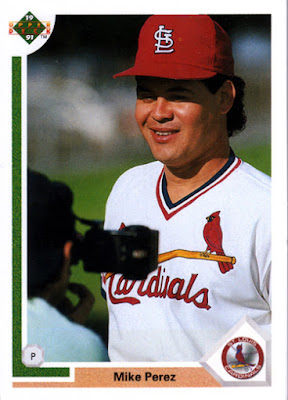 In a not very remarkable career, Perez had his best season in 1991, going 9-3 for the Cardinals. And this may not be in interview card but that black thing looks like a camera to me. 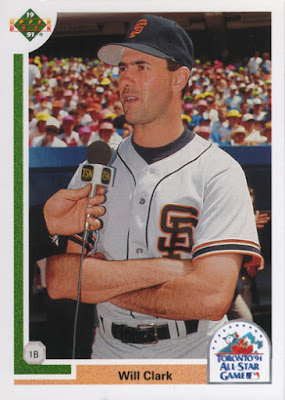 Clark probably got interviewed a lot in 1991. He was an All-Star, hit .301 for the season with a lead leading .536 slugging percentage. 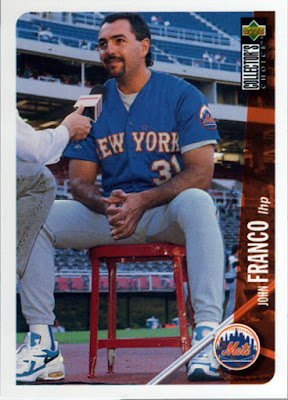 I have two cards featuring Franco giving an interview. He looks like he'd be a fun interview. 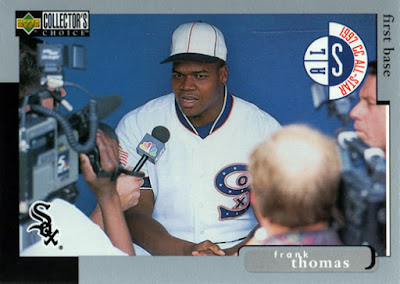 I image "The Big Hurt" gave a lot of interviews too. 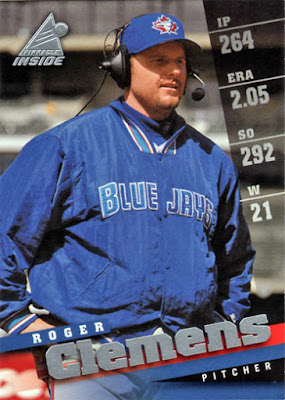 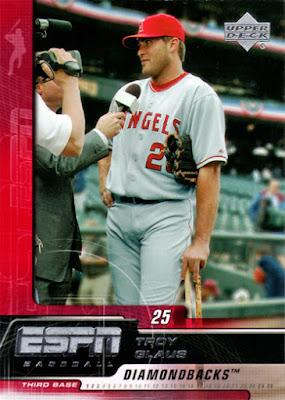 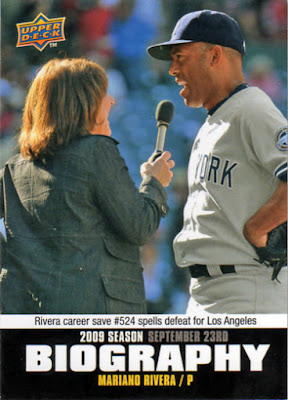 If the caption on the card is to be believed, Rivera is being interviewed after his 524th save. You never know with Upper Deck. 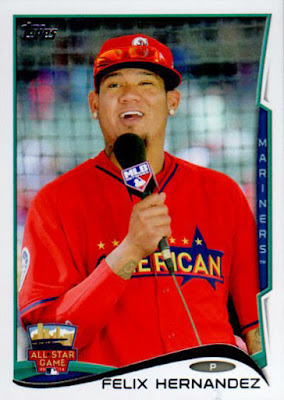 The Schmidt would be may favorite as well but I do like the White Sox throwback uni.