I drew a blank at 2 Targets, but was able to find a rack pack and a hanger box at Walmart. The cards are a bit cheaper this year. I paid about 19 cents/card last year, these were 15 cents/card.

Here are the cards as they came out of the rack pace. There are 36 cards in the pack, so I'm not going to show them all. And this post will only be the base cards.  I'll post the inserts soon. 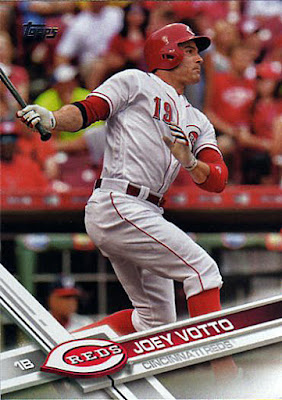 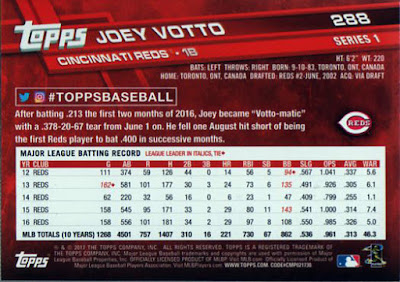 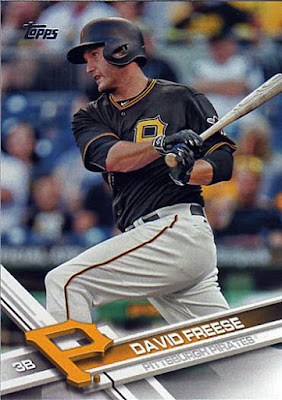 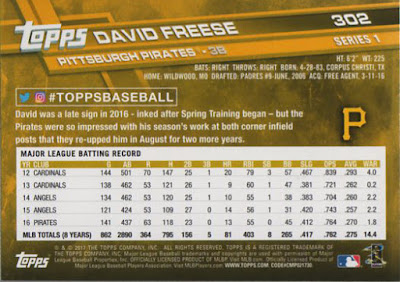 Some thoughts on the first two cards out of the pack. First off, a minimum of foil again this year. As with 2015 and 2016 only the Topps logo is in silver foil. I'll call that a plus as putting the player and/or team name in foil often makes the card hard to read.

As with 2016, the cards are again full bleed. I like full bleed cards but, call me a traditionalist, I like flagship Topps to have borders.

The backs have full stats (always a good feature) and as usual, are team color coordinated with the design feature from the fronts repeated on the back. I've been longing for a vertically oriented back with a photo for years. Frustrated again. Topps last vertically oriented back (including full stats and a good sized photo) was 2000. Topps hasn't had any kind of photo on the back since 2011.

I like the overall design of the front better than last year. Good logo placement, the player name is easily read. The team name is a bit obscured but the logo makes up for that. 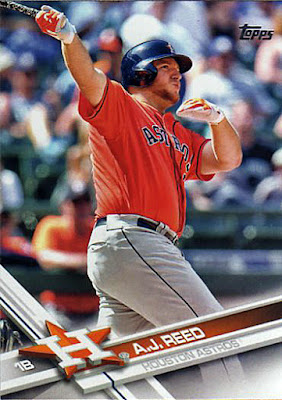 The first Astro from the pack. I only have prospect cards for Reed for last year. He got called up in 2016 and used up his rookie eligibility so no rookie card this year. 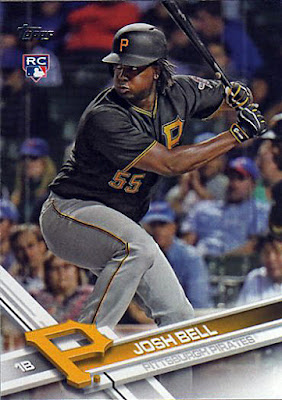 The first rookie card from the pack. Both he and Reed appeared in 45 games last year but Reed had over 130 AB, which makes him not a rookie anymore, while Bell only had 128 AB. The back of the card touts Bell as the Pirates savior at 1st base but he has more appearances in the outfield then the infield. It's also the 3rd Pirate card out of the first 11 cards in the pack (of the 31 base cards in the pack, 4 are Pirates). 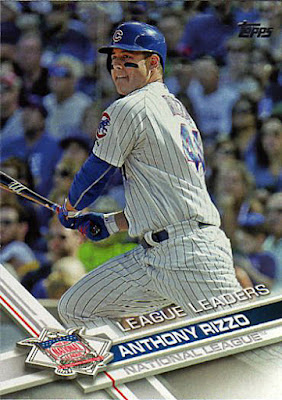 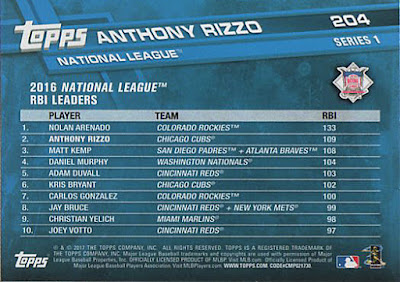 Since at least 2003, the League Leaders cards have featured a trio of players on the front, usually on a horizontally oriented card. I'm thinking they couldn't think of how to work that big design element at the bottom of the card onto a multi-player, horizontal card. 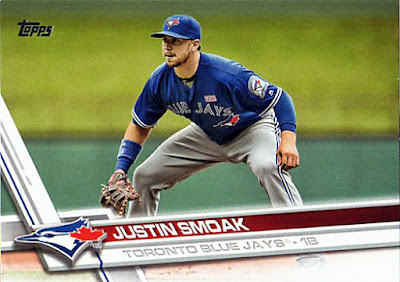 As is often the case, a design element that looks dramatic on a vertical card looks like an dramatic waste of space on a horizontal card. 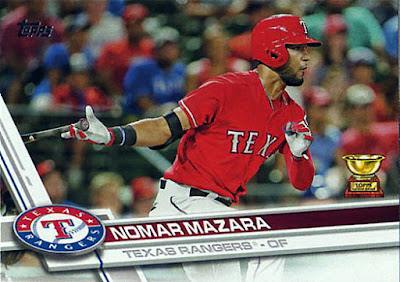 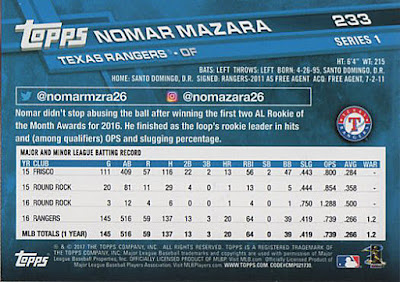 At least the Rookie Cup is back. Note that the back has Mazara's social media handles. There are 7 horizontally oriented cards in this pack and they were all grouped together. 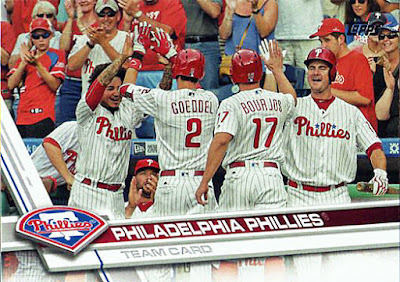 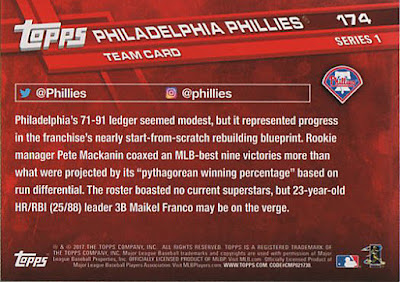 My first Phillies card is also the team card. 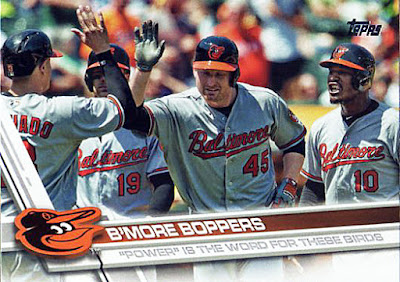 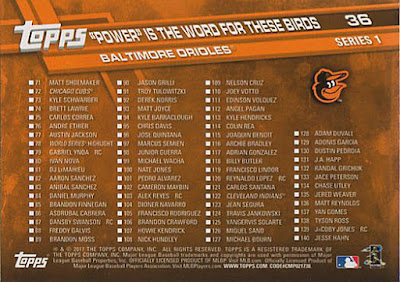 The only base cards I didn't see in this pack that were in last year's set are the "Future Stars" and postseason subsets.
Posted by capewood at 5:11 PM

They look good. The more full bleed the better for me.