We're into the Red playoff level of the 2nd quartile of the Babe Ruth Division. Whew, still a long way to go.  Here's the current position. 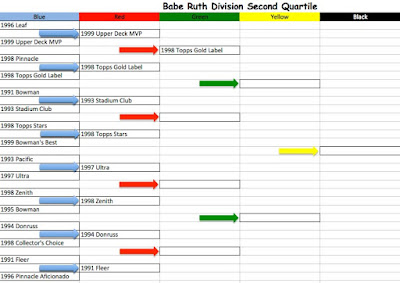 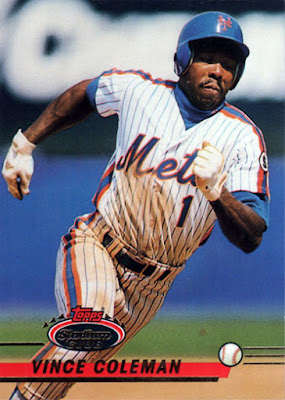 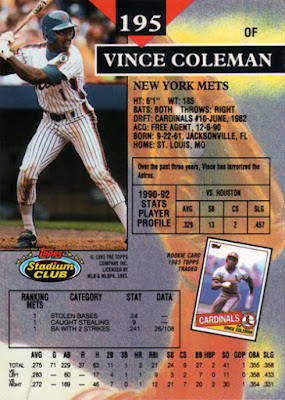 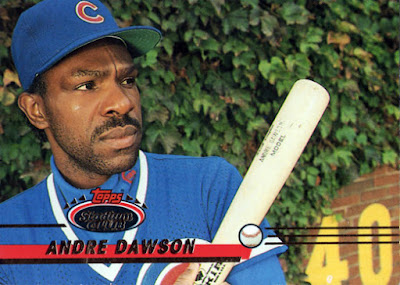 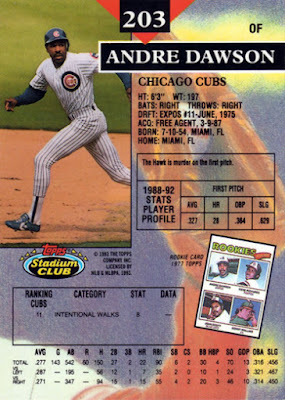 1993 Stadium Club got here by beating some pretty weak competition, 1991 Bowman. In it's 3rd year, Stadium Club hasn't changed much since 1991. It still combines great action photography and great posed shots with a glossy front and a minimal design and not too much gold foil. I love the Dawson card because it reminds me of the TV commercial where Dawson gets hauled out of the ivy in Wrigley Field. Another great portrait shot is Kirby Puckett's card, #283. The biggest design change for 1993 is to go with a vertical card back. The back also minimizes the player's rookie card (this will be the last year they will use that design feature) and adding another player photo, which will become standard. 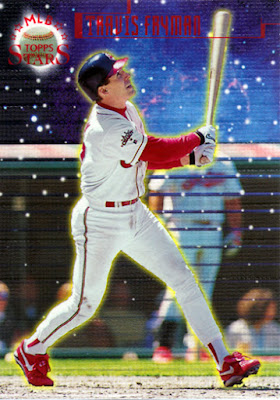 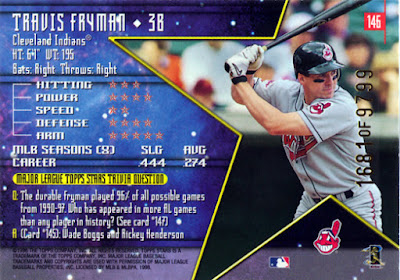 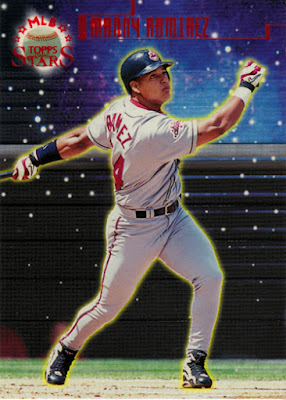 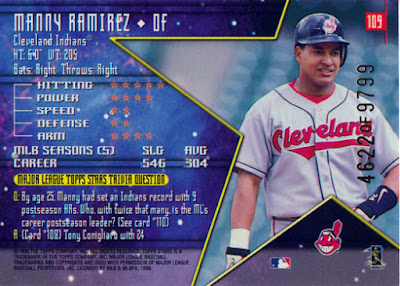 1998 Topps Stars is what I call a gimmick set and it beat out 1999 Bowman's Best, another gimmick set to get here. Topps Stars is really a set with too many gimmicks. Let's list them: the card is textured on the front with vertical parallel lines; red foil; a background of stars (get it?); a serial numbered base set; and multiple parallels. In 1998 multiple parallels was still a gimmick; it's standard today.  I didn't buy much of this, and in fact, along with the previous post where 1998 Topps Stars appeared, my supply of the base cards is exhausted.

The Results: In isolation, 1998 Topps Stars may be a nice looking card, even with all the gimmicks, but it just can't stand against 1993 Stadium Club in it's simple, but effective, design. 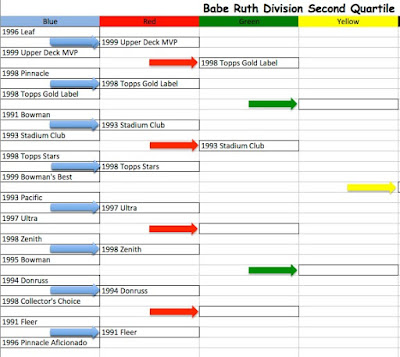