This is another repack from early in 2015 which I got around to late in the year. This was one of those Fairmont boxes with 10 packs of cards in it. 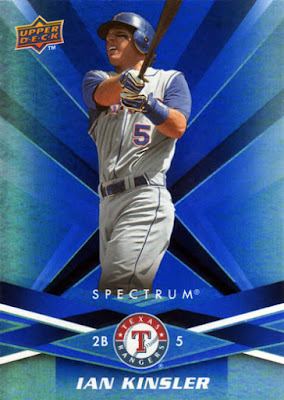 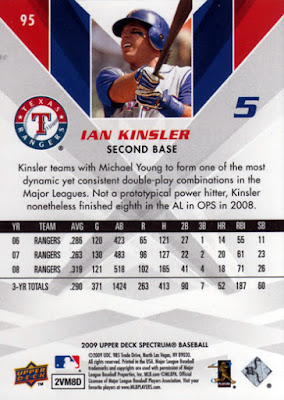 This is a product I didn't buy much of (one blaster with 35 cards) because I really didn't like it. There were only 120 cards in the set and usually when I find a pack of this in a repack I have all the cards in the 5-card pack. This was unusual in that I "needed" all 5 cards. This was the blue parallel. 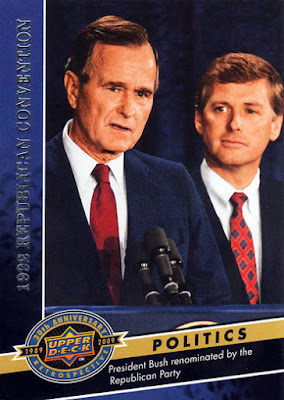 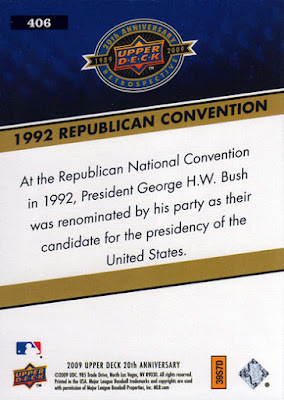 This was the 5th card in the pack. This 2500-card set was scattered across all of Upper Deck sets in 2009.  Someday I will have a complete set of presidents found in baseball card packs. I already had Mr. Bush, but snagged his VP, ole' what's his name. 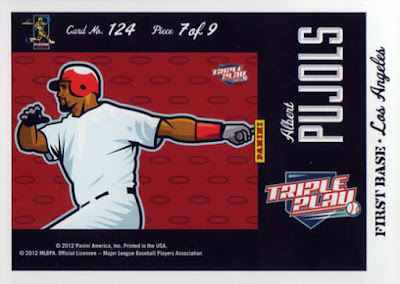 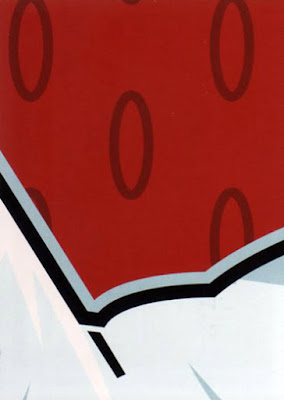 2012 Panini Triple Play was a horrible set. The art work and no team logos was enough to turn me off but this pack made me realize how horrible it is. I hadn't really looked at the checklist before. This card is a puzzle card. There are 9 cards in the puzzle. The front of each card is exactly the same except for the number, the back is a section (1/9th of the card). Maybe if they did one player like this, OK. But there are 16 players given this puzzle treatment. That's 144 cards of a 300 card set. Who would want this?  There aren't any other cards from this pack worth the effort to upload, except this. 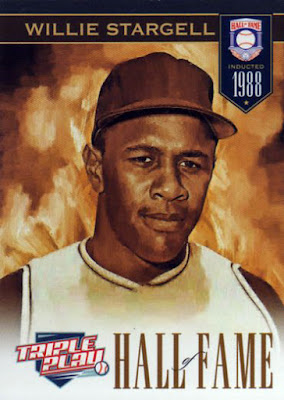 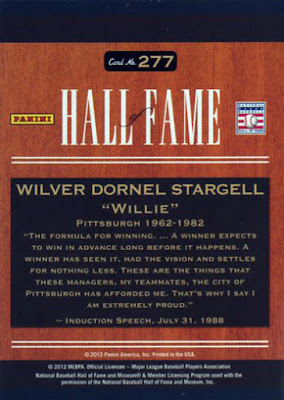 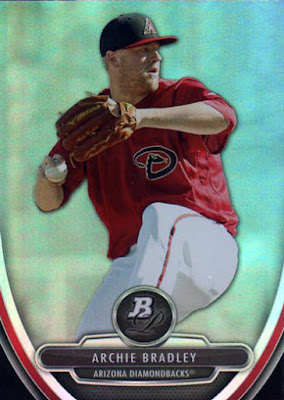 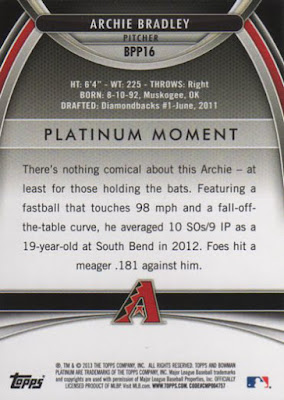 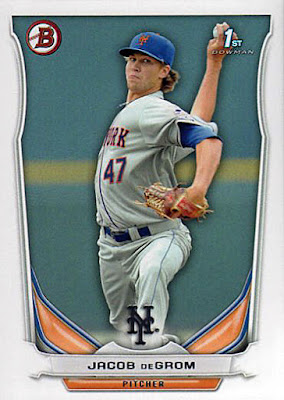 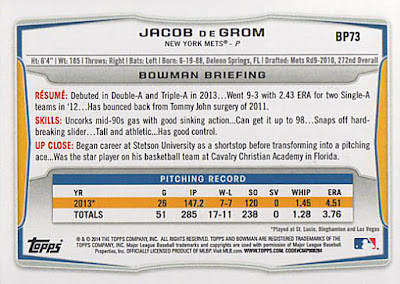 The way Topps gets minor league cards into their sets is to call them prospects and make the prospects cards not part of the main set. Bowman came out in early May in 2014, and De Grom was called up in mid-May. He was 9-6 with a 2.80 ERA for the Mets in 2014 and named the NL Rookie of the Year. He had a better year in 2015, was an All-Star, and was 3-1 in the playoffs as the Mets went to the World Series. 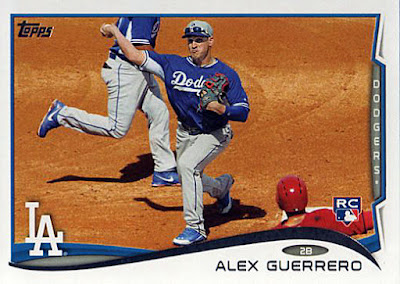 There were two packs of 2014 Topps in the box. No especially notable cards except for this one. I like a lot of moving parts in a baseball card. You don't see 3-player cards that often. 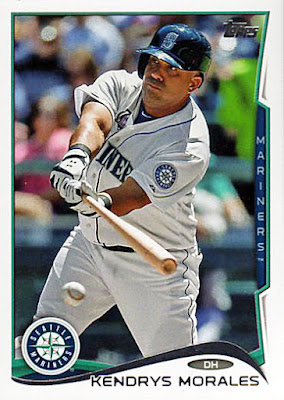 I also like cards of batting players where the ball is in the frame. Is the ball coming or going? Since Morales eyes seem to be looking toward the field and not at the ball, I think he's already hit this one. 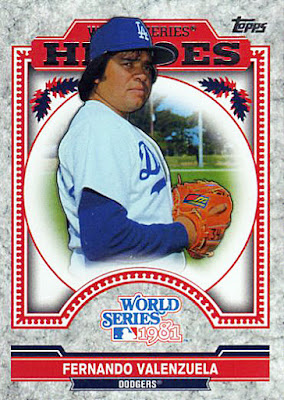 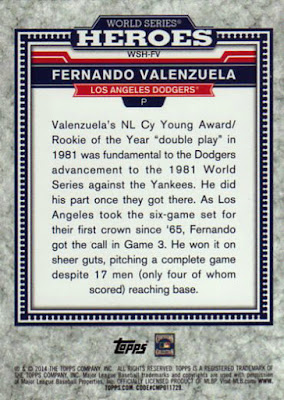 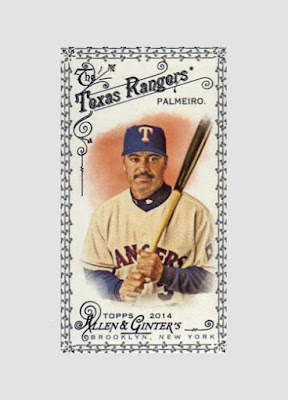 There was one pack of A&G. The mini in the pack was this so-called black-bordered card. 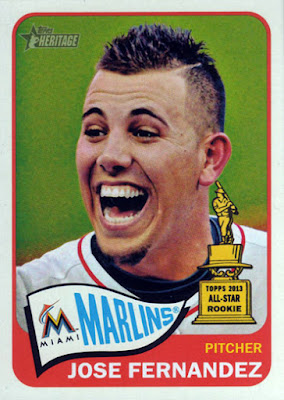 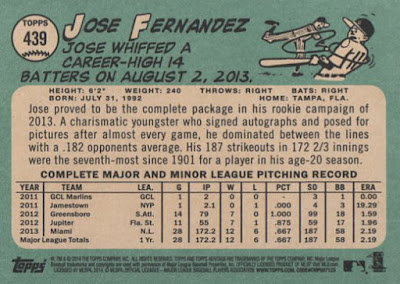 One happy fella for sure. 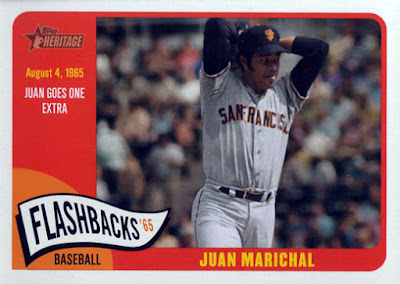 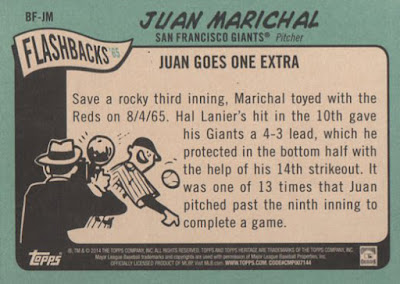 I'm always happy to pull a card from a repack that I can put in my reference binder. I didn't see any of this insert set in 2014.

I'd say this was another successful repack. Of the 84 cards in the box, I needed 49 for a 58% success rate, just about the same as Repack Madness 2015 Part 1. And the reference card makes it even better.
Posted by capewood at 10:00 AM

Archie Bradley started a game against the Phillies last May, I met his uncle during a rain delay http://phungo.blogspot.com/2015/05/game-report-2015-0516-diamondbacks.html