Random Cards From My Collection #80 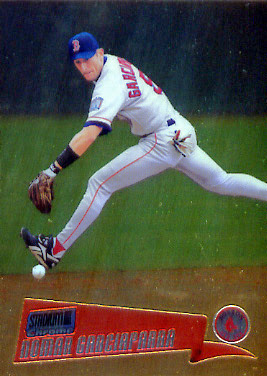 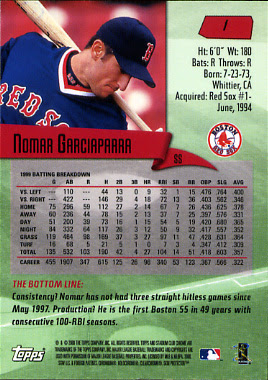 Comments on the card/player: Over the years Topps has applied their Chrome technology (or technologies, as the treatment has changed over the years) on many of their brands. I always thought that 2000 Stadium Club Chrome was one of their better attempts.
How/When acquired: I liked this product enough that I bought a hobby box of it at $0.46/card back in 2000. I don't buy hobby boxes often. 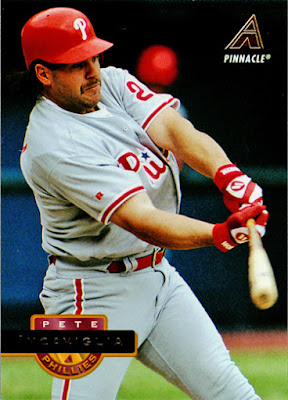 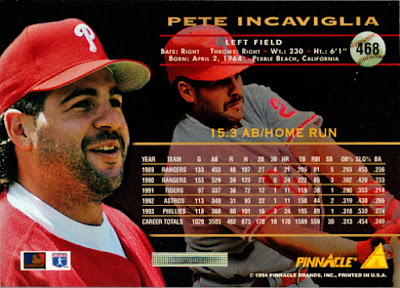 Comments on the card/player: Incaviglia joined the Phillies in 1993, the year they took an improbable trip to the World Series. Phillies fans like to think of the 1993 Phillies as a likable group of misfits and oddballs, and they were, but to give them credit, nearly everyone on the team had career years in 1993, including Pete. It was fun to watch.
How/When acquired: Don't know. 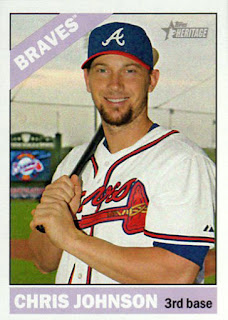 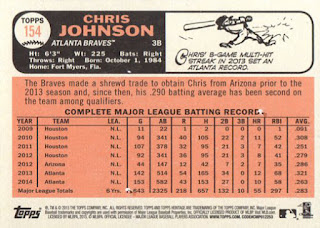 Comments on the card/player: This 31-year-old former Astro infielder, was traded by the Braves in mid-season to the Indians for another former Astro, Michael Bourn, and Nick Swisher. He didn't see much playing time with either team. The Indians released him at the end of the season and he is now signed with the Marlins.
How/When acquired: Paid $0.35/card for a blaster of Topps Heritage in March 2015. 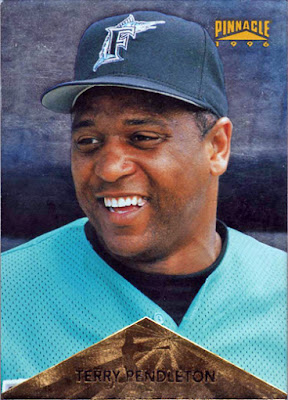 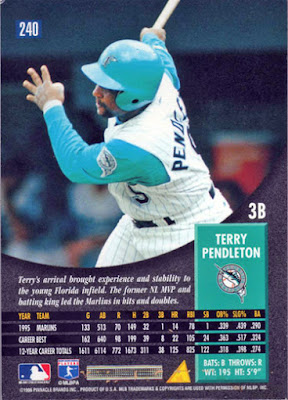 Comments on the card/player: The last few years of Pinnacle really went overboard with the gold foil. This 1996 Pinnacle parallel card which marries all the gold foil with a foil board background makes for an oddly unattractive card.
How/When acquired: On the other hand I only paid 5 cents for it in a 100-card Fairfield repack and I could add it to my reference album since I didn't have one. 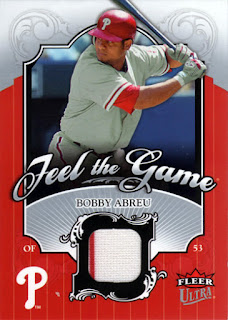 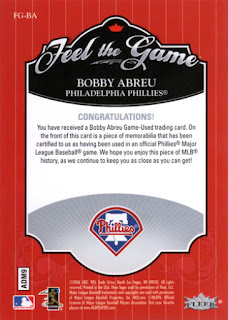 Comments on the card/player: This is a nice colorful relic card, and the uniform bit even has a stripe. I always enjoy reading the relic descriptions on the back of cards like this. According to Fleer (or maybe Upper Deck) this bit of cloth was certified to them as having been used at an actual Phillies game. What it was used for, and perhaps more importantly, who used it, is not explained.
How/When acquired: I paid $5.00 for this at a card show in June 2013. 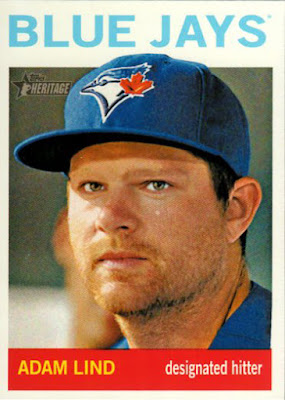 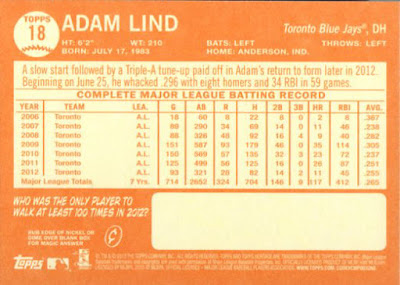 Comments on the card/player: Perhaps my least favorite of recent Topps Heritage releases. The front is OK but I don't care much for that orange Popsicle colored back.
How/When acquired: I paid $0.32/card for loose packs at Walmart in March 2013. 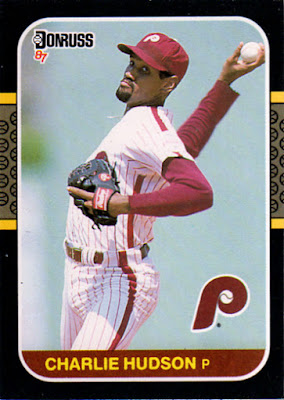 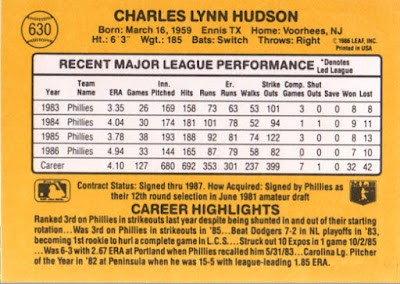 Comments on the card/player: In 1987, Hudson was pitching for the Yankees, where he preferred to be called Charles Hudson. He was a respectable 11-7 with a 3.61 ERA for the Yankees in 1987, the only winning season of his 7 years in the majors.
How/When acquired: Don't know. 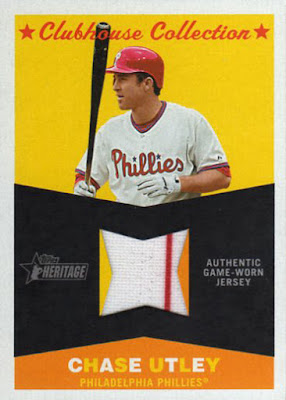 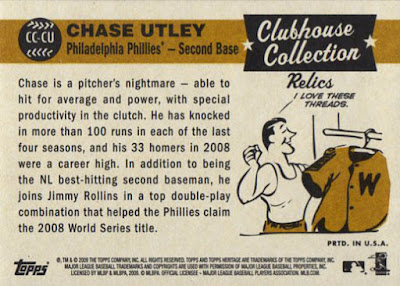 Comments on the card/player: I always like the Topps Heritage Clubhouse Collection Relics. This uniform fragment was presumably worn by Utley during a game in 2008, which is the year the Phillies won the World Series. And a stripe!
How/When acquired: I got this during my 2012 Summer Clearance Trade. I promise only junk wax of your favorite team in these trades and sometimes I get back cards like this. Thanks. It's probably about time I do another one. 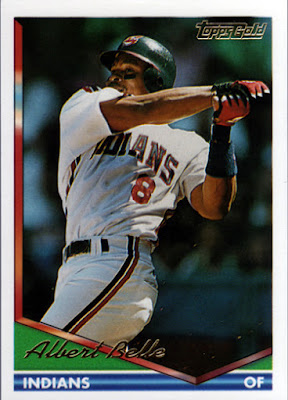 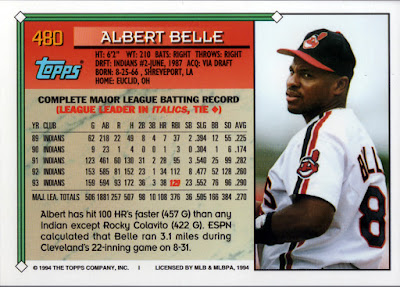 Comments on the card/player: In 1994, gold foil and parallel sets were not so common. Topps was a trendsetter then. Nowadays, both are common. I don't mind a little gold foil on a baseball card, but I don't care for multiple parallel sets.
How/When acquired: Don't know.
Posted by capewood at 10:00 AM