Somebody must like Donruss or Panini wouldn't have trotted it out for a third year. I have the same complaints about 2016 Donruss that I've had for the last two years. The design is unattractive, The photography is uninspiring, no team logos, and the backs are terrible. I bought a single 30-card pack (same as last year) because I can't reach my stated (and impossible) goal of owning at least one of every type of card purchased if I don't buy something of everything I see. These are the cards going into my reference book. 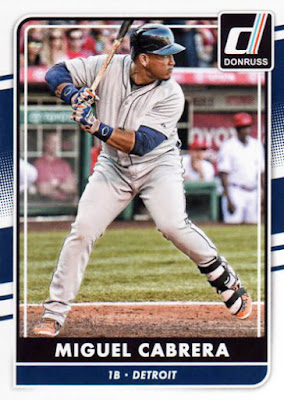 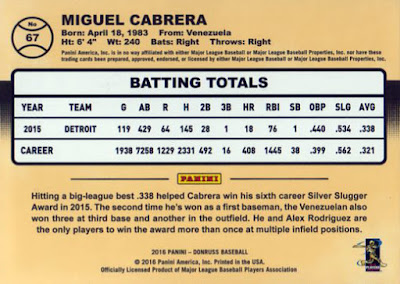 The 2014 set had blue backs, last year they had orange backs (which were very difficult to scan), and this year they have this color. What color is this? 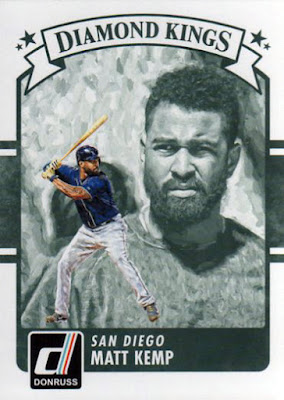 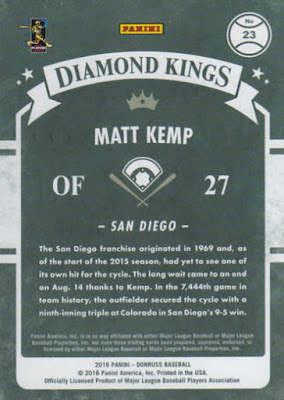 I'll grudgingly admit that I like the Diamond King subset this year. Panini is supposed to be issuing a Diamond Kings set later in April. 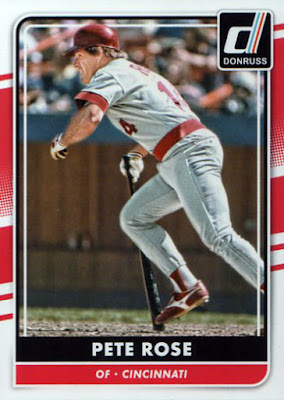 There are some retired players in the set. Topps is probably afraid they'd lose their MLB license if they made a Pete Rose card but Panini doesn't have to worry about that. 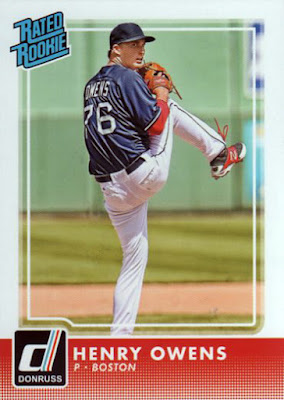 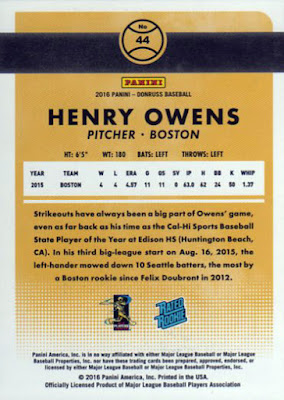 I managed to pull the entire Phillies set from the pack (both of them) but got no Astros (5 in the set).


I pulled some inserts as well. 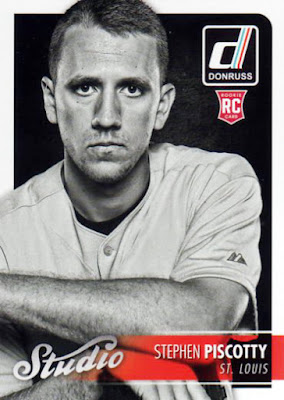 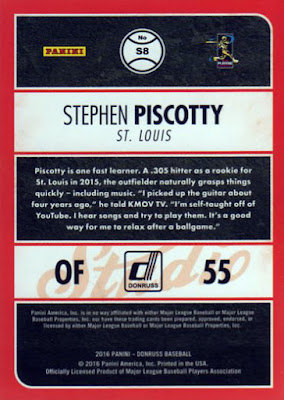 Studio used to be one of my favorite sets each year. This incarnation isn't bad. 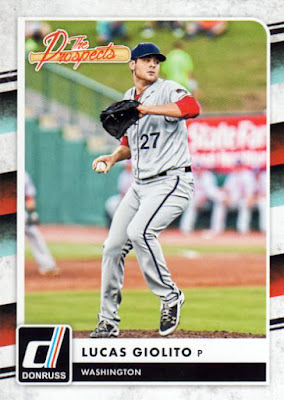 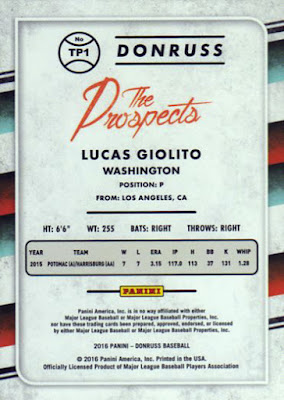 This guy had Tommy John surgery in 2012 and doesn't seem to be making much progress. He only pitched 6.2 innings in spring training this year. 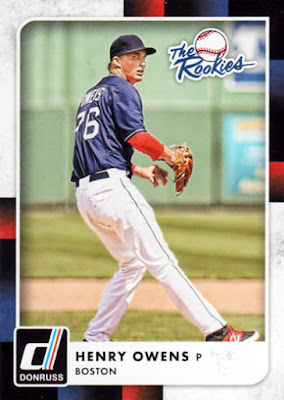 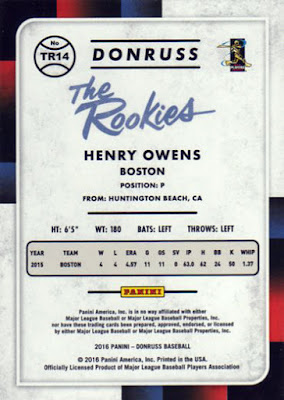 Compare this to the Rated Rookie subset above. The photos appear to have been taken within milliseconds of each other. 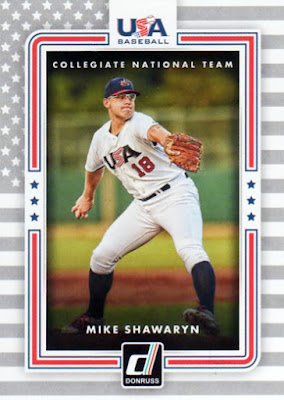 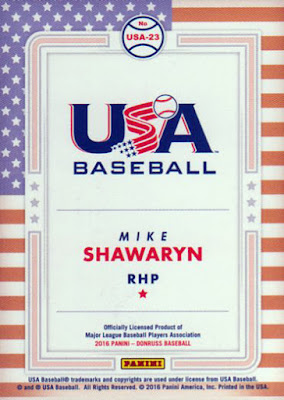 I guess Panini has had the contract with USA Baseball for a few years now.

I joked about it over at A Pack a Day when I busted a jumbo pack, but I think Panini is still paying homage to the great unattractive designs Donruss put out in the 80's and 90's. And I like to think of Panini as the honey badger of card companies when it comes to Pete Rose. I think I'm going to try and put the Diamond Kings and Studio sets together, but screw the rest of it.

The backs of the 2016 Donruss base cards are ugly, but I like they are easier to read.

I might even be OK with the front design if the photos were more interesting. But the backs are inexcusable.