The Phillies issued a baseball card to commemorate Pope Francis' visit to Philadelphia last year. I just heard about it on Facebook and managed to find one on eBay. 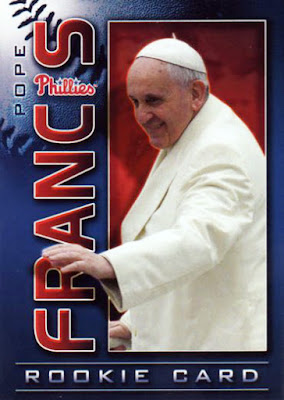 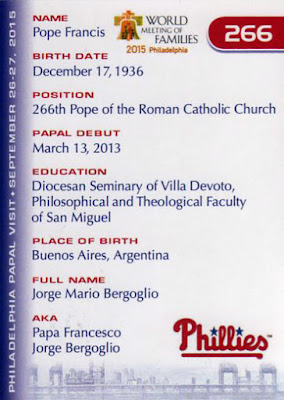 Since Francis was elected to the Papacy in 2013, I'm not sure this is his 'true' rookie card.  Maybe it depends on how many at-bats he's had.

I'm not sure how these were distributed. As best as I can determine they were given away at a Phillies game last September.

Cool card. I'll have to keep my eyes peeled for one of these.

Fan favorite and a sure Hall of Famer!