Trade with the Night Owl

A few months ago, Greg at The Night Owl blog, published this card to his Twitter feed. 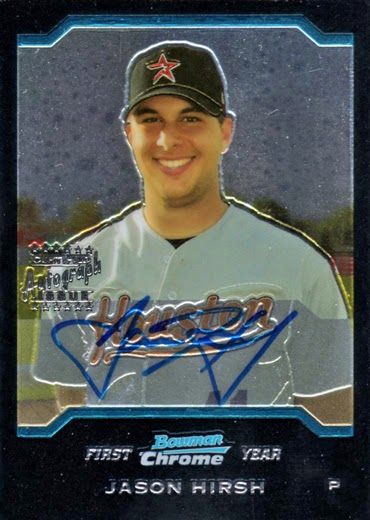 He's a guy most of you haven't heard of but it's an Astro card with an on-card auto. I didn't have any of the auto cards from this set.  So we arranged a trade. I sent him this cool card: 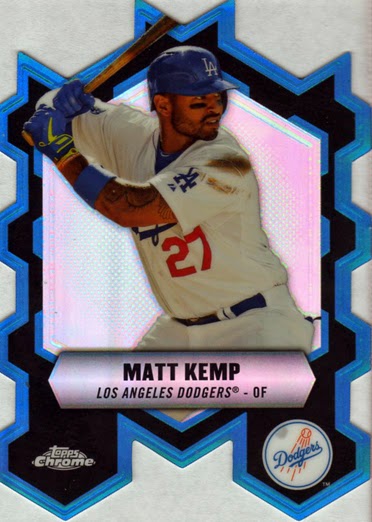 Hirsh didn't have much of a career but no one can say he wasn't a gamer. After spending the 2006 season with the Astros, he ended up with the Rockies in 2007 and 2008. In his first start of 2007, J. J. Hardy hit a line drive off Hirsh's right shin. Hirsch retrieved the ball and threw Hardy out at first. He also pitched 6 more innings and won the game. That doesn't sound too unusual except the the ball off his shin broke his leg. After the 2008 season he spent the rest of his career, until 2013, in the minors trying to recover from various injuries.

In addition to the cards mentioned, I threw in a bunch of Dodger cards I didn't need and he threw in Phillies cards. One of the problems with making a blind trade like this is that I have a lot of Phillies cards and in any random selection of Phillies cards, I'm bound to have some of them. Greg, of course, has the same problem. I hope I sent him something he needed. Of what he sent, I needed 17 cards.  Here are some highlights. 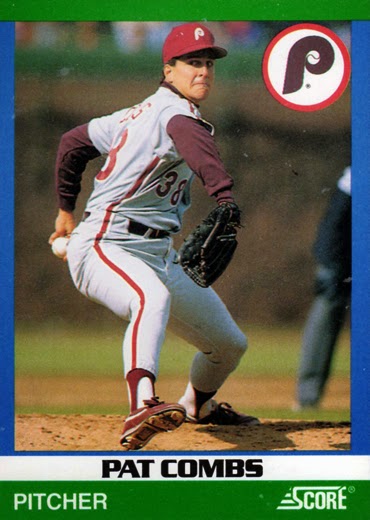 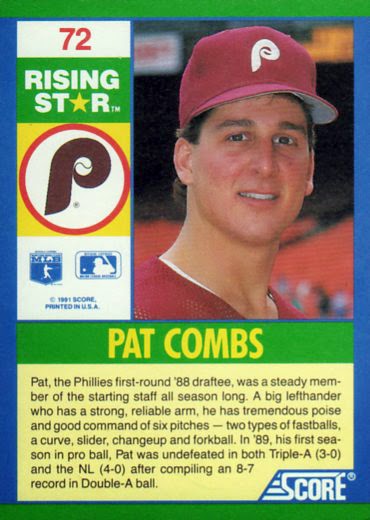 I have what I think is a pretty complete list of 1990's Phillies. But this card wasn't on it. 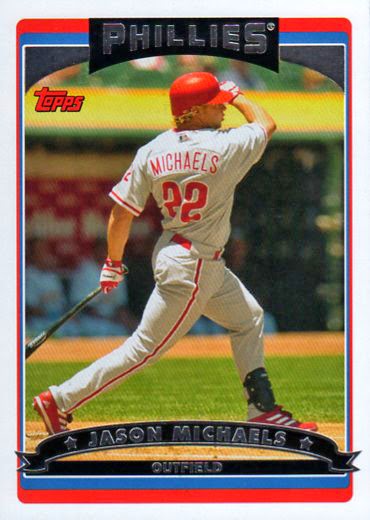 I also have a pretty good list of Phillies cards from 2000-2005. After that, I'm still working on it. But I know I didn't have this card. I think, however, that this is the only 2006 Topps Phillies card I needed. 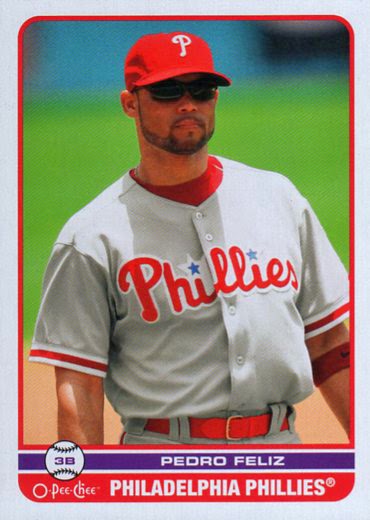 There is nothing too exciting about a 2009 O-Pee-Chee card but this card illustrates the value of these sorts of trades to me. I didn't know I needed this card but eventually I would. have How do you obtain a card like this except through a trade? Or maybe a card show. I think trolling eBay would be worthless. 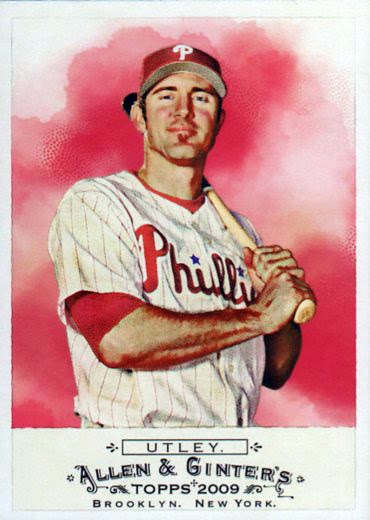 Can't go wrong with this card. 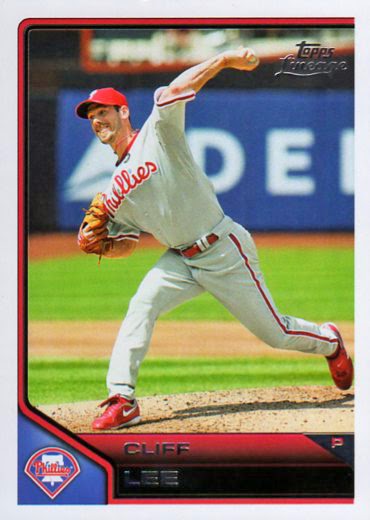 I bought 2 blasters of this product. One of them had horribly miss-cut cards. Plus, I think they are unattractive. But, of course, I still need the Phillies. 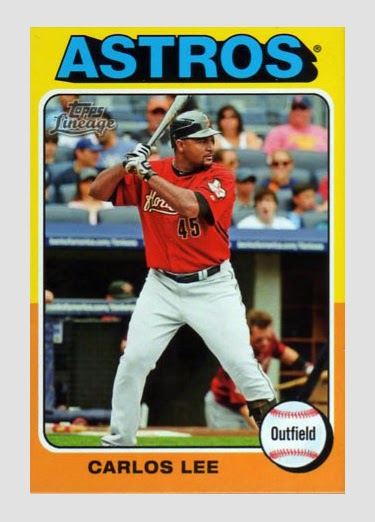 I kind of like the minis. I believe Cliff and Carlos are not related. 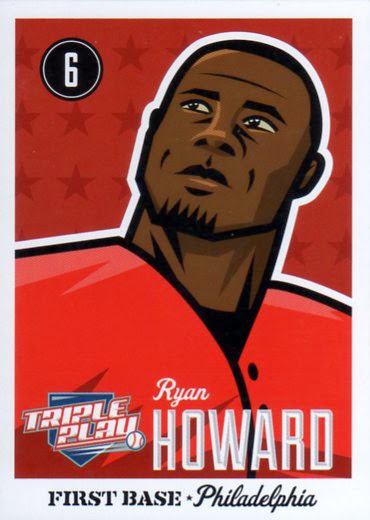 Howard has been one of my favorite Phillies for the past 6-7 years but he's having such a bad year in 2014, that was been benched for few games recently. 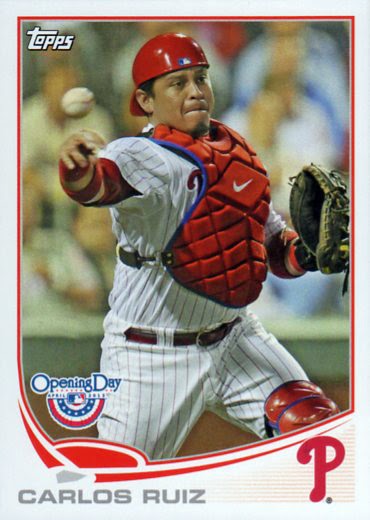 Greg sent 5 cards from this set I needed. Here's a funny thing that happens often while I'm working with my cards and watching the Phillies on TV. As I was uploading this card, there was a pop-up at the plate which Ruiz had to make a long run for but dropped the ball. Right behind him was Howard. 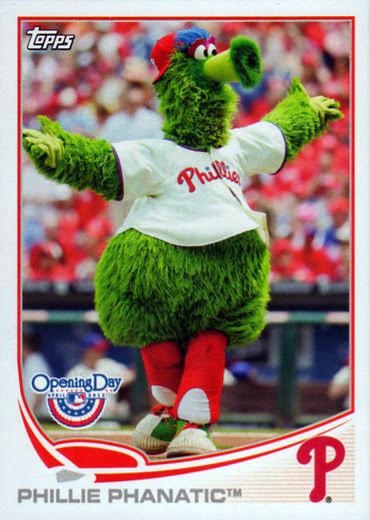 Who doesn't like the Phanatic? That was a rhetorical question.

Here are the two 2014 Topps Allen & Ginter Phillies that were a part of the trade. 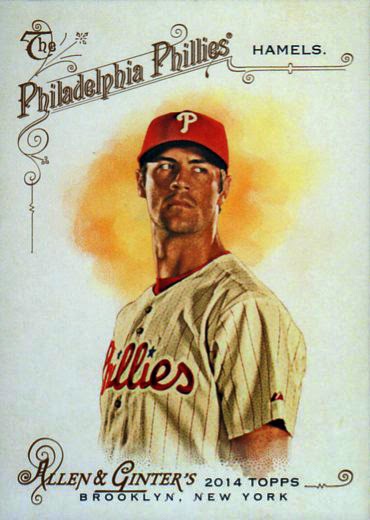 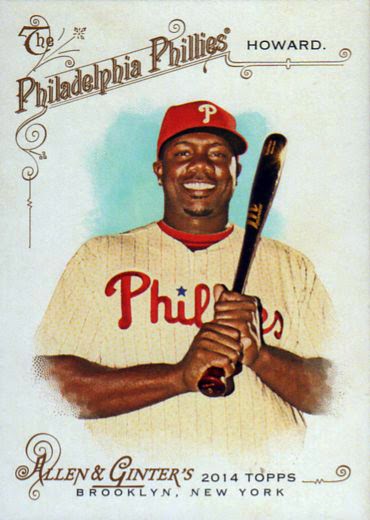