Last night the Phillies scored 12 runs in the first inning, on their way to a 17-3 drubbing of the Nationals. The Phillies not only scored 17 runs, the Phillies pitchers struck out 17 Nationals. I'll bet that combination doesn't happen often. Here's how it played out.

First off, former Phillies John Kruk and Mike Schmidt were in the Phillies broadcast booth. 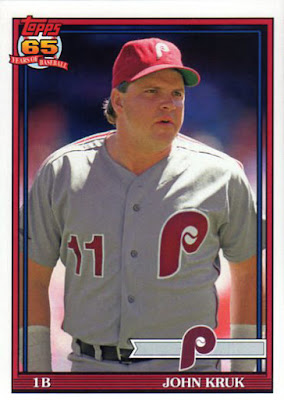 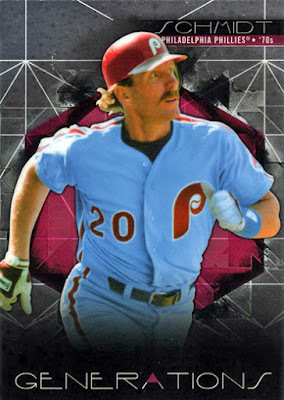 Now, let's get to the game. 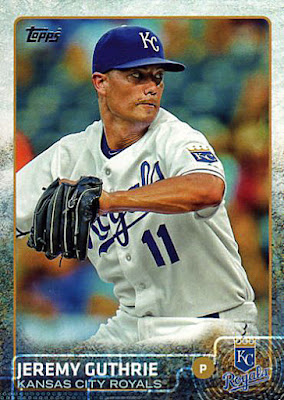 Guthrie was injured all of last year. Before the first pitch was thrown, Kruk mentioned that Guthrie had once given up 11 runs in the first inning to the Yankees in 2015 (the game was on 5/245/15). 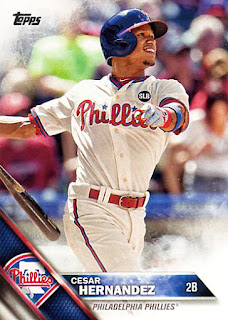 Hernandez led off with a double, went to third on Kendrick's single and scored on Franco's sac fly. 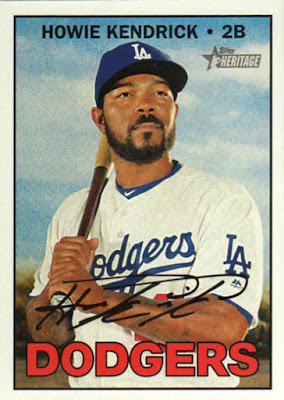 Kendrick came to the Phillies in a trade last November. Kendrick hit a single, moving Hernandez to third. He then stole 2nd and scored on Saunders single. 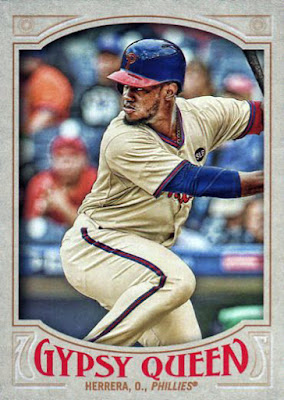 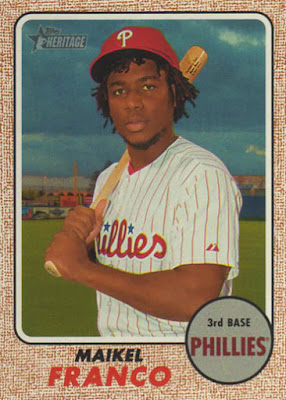 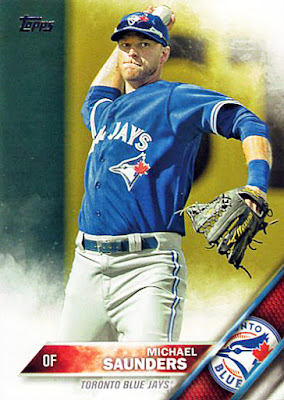 My second opportunity to feature a Michael Saunders card as a Phillie this season and I still don't have any. He singled for an rbi. He went to 2nd on the Tommy Joseph single and scored on the Galvez sac fly. 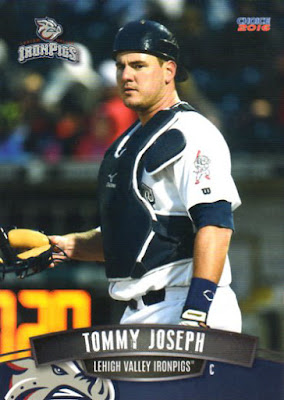 Joseph hit an rib single and scored on the Kendric double. 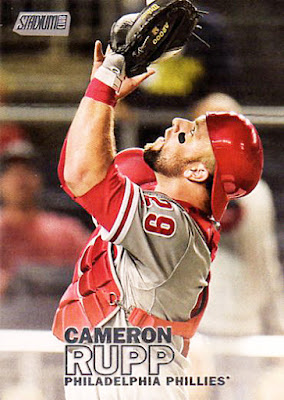 Rupp walked to load the bases. 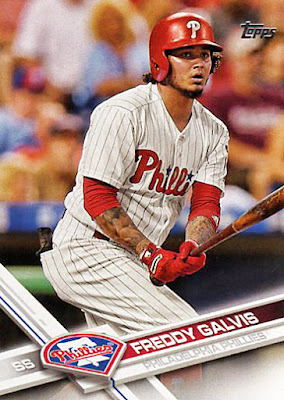 Galvez hit a sac fly for an rib. 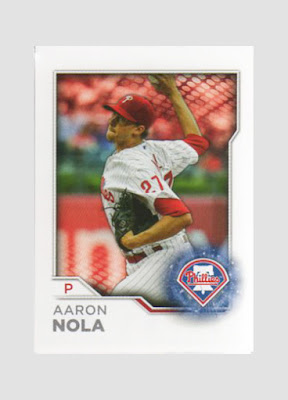 At this point, Mike Schmidt asked how do you keep score when the team bats around. He's been doing home weekend games for the Phillies for a few years and he said this was the first game he's broadcast where a team bat around.

Hernandez walked with the bases loaded.

Herrera got an infield hit.

The Nats finally pulled Guthrie. He'll be responsible for 10 earned runs. They brought in Enny Romaro who the got from the Rays in February. 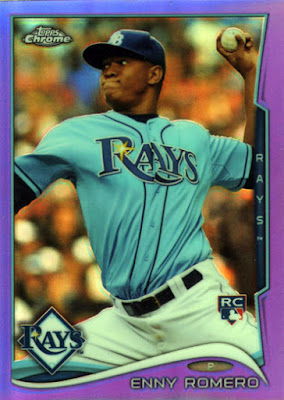 Franco greeted Romero with a double and an rbi.

Saunders got a double and an rbi.

Joseph gor a single, batting in the 12th run.

John Kruk said "Who are these guys"?

The inning lasted 36 minutes and 52 seconds. The Nationals threw 68 pitches.
Posted by capewood at 12:36 PM